Satcom Direct, of Satellite Beach, Fla., named Bill Darbe its director of dealer programs. Darbe will be responsible for implementing aftermarket dealer programs to support the introduction of Satcom Direct’s new hardware systems. His initial focus will be to create Wi-Fi certification programs for the new Satcom Direct Router and to work with the distribution channel to help promote and sell Satcom Direct products and services.

Darbe brings more than 25 years of experience in the business aviation industry. He spent the past 15 years with Aircell and was responsible for aftermarket sales and key charter and fractional accounts. Before that, he spent several years at Global Wulfsberg in various program management and engineering positions for the company’s FM and phone product lines.

JetBlue Airways promoted Marisa Von Wieding to vice president, System Operations Control. In this role, Von Wieding is responsible for the airline’s operations of 850 daily flights in 79 locations throughout the Americas, including Dispatch, Air Traffic Management, Crew Services and Emergency Response and Care. Most recently, Von Wieding, who joined the airline in 2007, was director of JFK Operations and Customer Service.

The airline also named John Allen vice president, chief safety officer. Allen retired from FAA in August after 22 years with the agency in a variety of roles, culminating as director of flight safety standards. Allen retired from the Air Force Reserves in 2009 as a brigadier general after 31 years of active-duty and reserve service.

Before UTC, Reusser was president of Goodrich’s Electronic Systems Segment. In previous years with Goodrich, he held various positions, including president of its Aerostructures business. Prior to his tenure at Goodrich, Reusser had an early career as an engineer with General Dynamics.

Gitlin has been with UTC since 1997, holding leadership positions in legal, business development, program management and customer service. Before the acquisition of Goodrich, he was president, Aerospace Customers and Business Development, at Hamilton Sundstrand, where he oversaw aerospace customer service and support, business development activities, strategic partnerships, and mergers and acquisitions.

Marc McGowan was appointed senior vice president of StandardAero’s Business Aviation Sector. McGowan, who joined StandardAero in 2011, most recently was vice president of business development and strategy for Business Aviation. Prior to joining the company, he served in a wide range of senior leadership positions for Honeywell. In addition to his civilian career, McGowan served 28 years in the U.S. Navy as a commissioned Naval Flight Officer and Naval Reserve Officer.

Ducommun named Jerry Redondo vice president of operational excellence for its electronics and aerostructures business units. He will be based in Carson, Calif.

Gulfstream Aerospace appointed William Gibson director, Product Support Global Distribution. In this newly created position, he manages all processes, procedures and operations related to the movement and warehousing of spare parts throughout the Gulfstream Product Support global distribution network. For the past 10 years, Gibson worked for Honeywell, most recently as senior manager, Customer Operations for its Space and Defense segment.

The company also named Brent Monroe vice president, North American Sales, Western Division. He is based in Dallas. Monroe began his aviation career in the U.S. Army as an aeroscout pilot and his private sector general aviation career at a fractional aircraft company. Most recently, he was a leading sales executive for Bombardier Aerospace, where he was responsible for aircraft sales in Texas.

Thomas D. Grunbeck has been named vice president of sales and marketing for Stevens Aviation, based in Greenville, S.C. Grunbeck brings more than 25 years of aviation experience, in sales and marketing, business development, engineering, manufacturing and contracts to Stevens. 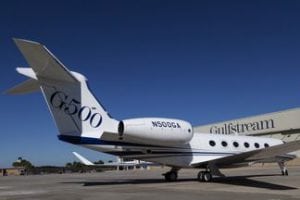 Teledyne Connects Crews With Onboard Avionics 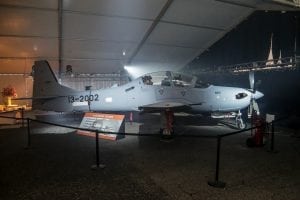 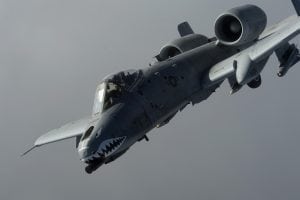