Five major U.S. carriers, including United Airlines, have agreed to equip aircraft over the next six years with digital avionics that enable data communications between pilots and air traffic controllers, a significant milestone for FAA's NextGen program. With the announcement of United and four other unnamed airlines, Harris Corp., which was awarded FAA's $331 million Data Communications Integrated Services (DCIS) contract in September 2012, said that the FAA has achieved 80 percent of its avionics equipage goal within the first year of the six-year program.

FAA and Harris have an airline outreach initiative designed to influence airlines to equip a total of 1,900 aircraft with DataComm software and hardware by 2019 for Future Air Navigation Systems (FANS). United plans to equip up to 397 of its aircraft over the next six years, though the other carriers have not announced how many they're committed to upgrading with the new avionics.

Today, pilots can receive pre-departure messages electronically, however any revisions to these clearances have to revert back to voice communications, according to John O'Sullivan, vice president of NextGen initiatives at Harris Government Communications Systems.

When a re-route occurs due to weather, a clearance delivery controller must read the pilot their new clearance and then wait for the pilot to read back the clearance to the controller to ensure they have received it correctly, and then the flight crew must contact their dispatch to let them know about the new routing they were issued so they can get operations approval. During this time the aircraft is burning fuel and increasing emissions while the flight crew awaits final approval.

DataComm will lead to the automation of these processes.

"Phase one of the program is geared toward DCL (revised departure clearances). These departure clearances will utilize FANS over a VDL digital radio and be a loadable message into the aircraft’s FMS," said O'Sullivan. "A digital message is always there to review, can be printed on the cockpit printer and can be automatically loaded into the FMS.

"During severe weather events, there can easily be 10 or more aircraft waiting to be read a clearance by the controller. At 2-3 minutes apiece, that adds up to significant delays. A digital DCL message can be sent to the aircraft rapidly, allowing them to depart much quicker," O'Sullivan added.

United could not be reached to comment on what company is providing the avionics to enable data communications on their aircraft.

The trials at these airports will continue until the new production system is deployed over existing air traffic applications such as En Route Automation Modernization (ERAM) and Terminal Data Link Services (TDLS).

The eventual move to widespread usage of the new system should be a fairly simple process for controllers, as there will be no legacy technology to replace.

“The new system will run as a service over existing applications such as ERAM and TDLS. In that respect there is no legacy technology to replace. This is an additional feature of the automation system application that will be relatively easy to incorporate into the controller’s workflow,” said O’Sullivan.

O'Sullivan called the early commitments of United and the other unnamed carriers "very significant," as it will allow the FAA to test out the new system prior to widespread deployment at air traffic control centers throughout the National Airspace System (NAS).

"These early commitments signify a high level of interest and commitment by the airlines. The DCL service will be rolled out to 57 airports over the next several years," said O'Sullivan. 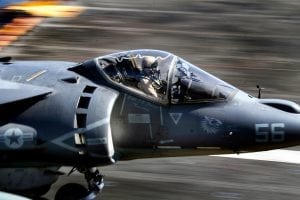