System Design: The Rest of the 787 Story

When I finished the first Avionics article on the Boeing 787 battery problems (Avionics, June 2013, pg. 34), I found I still had too many questions I just could not answer, and issues I could not explain. I was especially puzzled that only those two 787 Japan Airlines (JAL) and All-Nippon Airways (ANA) aircraft had publicly visible battery problems, which seemed very difficult to explain given the established battery chemistry issues. The public perception was “a fluke pair of events occurred,” but the science behind it clearly indicated something deeper, but there was no supporting data that was visible, and certainly no indication from Boeing that any further issue existed. I am one of those people troubled by theories and explanations that seem to work only in special cases with special star or planetary alignments. I felt strongly that for the battery chemistry to be problematic and lead to these fires, there had to be more data in existence, or that theory was simply not the full explanation.

Within a day of publication, my inbox began to fill up with information and comments from battery specialists and others involved in various aspects of this problem. They were quick to direct me to articles that revealed the real scope of the problem. It was not just these two batteries, but “at least 100, and approaching 150” according to a January story in The Seattle Times. These had failed in only a year of service on only 50 airframes. The primary fault was low-discharge failure, which prevents further battery use through a safety lock-out, because continued use can lead to a fire. The article goes on to report that ANA had replaced 10 batteries in its 787 fleet prior to the fires.

This information is a critical part of the puzzle, because it reveals that deep discharge related failure is regularly occurring. When it is too deep, it trips the internal battery disconnect, but when just above this threshold, it sets the stage for a possible fire when the battery is used to attempt a high current operation like an engine start, or is recharged from other sources. At that threshold, it is in exactly the most vulnerable condition to potential thermal run-away.

While horrified, on some level I was glad to see this data because it provided the missing piece of the puzzle regarding the events that led to the two highly visible battery fires. It especially clarified that the likely causal agent behind these failures was the well understood Lithium Ion Cobalt Oxide battery problems related to deep discharge. The design of the 787 battery pack is such that once the battery discharges too much, it is locked out and failed, and must be physically replaced on the airframe. No on-site repair or recharge is permitted once the battery faults, because destructive battery meltdown is a possible result of this problem.

In addition, I got much more detailed information on some important tasks the battery performs that were not well explained initially. While the batteries have a cockpit disconnect switch, some airframe tasks can bring the battery on-line despite that. There are two that really stand out, and the first is refueling, an operation that happens on almost every flight. The lighting and instrumentation for external refueling are all driven by the battery pack, so for the entire period the fuel access bay is open, and any refueling task is underway, the battery is discharging. If ground handlers happen to leave this access open for an extended period, the battery could in fact be discharged right down to the fault level. In addition, the wing and tail nav lights are turned on for ground movements and towing, and these are also powered by the battery pack.

I was puzzled by a Boeing comment that ground crews were contributing to the battery problems, and now it is much clearer why this statement is true. Normal aircraft operations on the ground can discharge the battery low enough to trigger the Lithium Cobalt battery low-charge failure lock-out. In addition, more importantly, these operations can bring it low enough, so that an auxiliary power unit (APU) or engine start can then drive it fully into thermal failure while high currents are flowing. Clarity finally begins to appear as to a possible chain of events leading to fire.

This level of discharge is not normally a problem with Ni-Cads, and can simply be ground power or generator charged without difficulty if they fall too low during ground operations. Such a scenario is simply not possible with the 787 Lithium Cobalt battery pack, which dramatically complicates normal ground handling operations, and is very counterintuitive for crews handling the aircraft based on their experience with other Boeing ships.

Resolving the suitability of the current 787 Lithium Ion Cobalt Oxide batteries is now going to be fairly straightforward. To remain viable, flights need to progress with no further fires within the containment casing, and uncontrolled random battery failures have to drop to a level no worse than previous battery types. If further fires and low-voltage discharge failures occur, then I think the case for the existing Lithium battery is effectively disproven. While it may have seemed enticing initially, the pervasive and non-fixable deep discharge issue will remain with this particular battery design forever, and the trifling possible weight saving simply becomes irrelevant on a ship of this size. The added mandatory battery containment system effectively negated the potential weight saving anyway.

The essentially equal capacity 777 Fiber Ni-Cad (FNC) battery, which features a high performance, zero maintenance cell design that allows rapid charge and no capacity fading, might really have been the better choice. This battery is already widely used in both civil and military ships with an excellent safety and performance record. Adoption would certainly be feasible on the 787. This FNC technology from Acme is flying reliably in the 777, and in other package formats in the Boeing 737-300, 400, 500 and 700 and the 747, and Airbus A319, A320 and A321. It certainly seems worthwhile to revisit this system for the 787, and at least provide it as an option, in my opnion.

Every party in this issue is now in a very bad position psychologically. No operator wants to detract from the public perception of the aircraft safety, and they have a huge fleet investment at risk. Boeing has a massive investment in this airframe program, and has to be sure it picks a viable solution. FAA does not want to be perceived as having permitted a bad system to be adopted, or a poor solution to be implemented, so no further negative news or investigation is to any party’s benefit. But flight crews and passengers simply want a safe and viable aircraft; the specific battery system is totally irrelevant to them. This is not the situational environment where truly good decisions tend to get made.

Not The First Time

One topic that keeps appearing but was NOT widely known is that the 787 was not the first ship to have serious fire problems with main Lithium ion batteries. The problem was first seen on the Cessna Citation CJ4. In this case the battery caught fire and destroyed the aircraft while parked and attached to a ground power unit. These Cessna 9914788-1 Lithium Ion batteries were removed by a FAA Emergency AD on Oct. 5, 2011, and the packs were replaced with Lead-Acid or Ni-Cad packs. In this case, the much smaller jet hoped to increase useful payload by the battery change, which had a smaller installed weight. Cessna said after the AD that it was committed to Lithium batteries, and was working on an improved pack to adopt in many ships, but it is very hard to see the genuine public appeal of such a position in light of what has happened. The same Lithium Ion Cobalt Oxide chemistry is employed in both the CJ4 and 787 battery packs.

It is very interesting to note that while FAA acted quickly to force the battery removal for Cessna, it had a far more forgiving attitude with Boeing. All of the 787s still fly with updated Lithium Ion Cobalt Oxide batteries, but are now housed in a heavy, externally vented fire containment vault. I am sure the logic of this solution has puzzled a lot more people than just me, especially since a turn-key, non-flammable solution (without discharge problems) exists in-house with the proven 777 battery system, or some variant of the Acme FNC cell technology.

Incoming data also hit hard on the issue of the battery physical design. Many e-mails noted that the prismatic cells (rectangular) used in the 787 battery are the least robust design, and that corners of such cells are inevitably weak and prone to shorts and other faults due to stretching and bunching of the wrapped layers. The large cell size also makes internal cooling within the cell very difficult. This corresponds to considerable industry use of smaller cylindrical cells in almost all commercial uses because of much lower assembly stresses in the cells themselves. Literally all reference data cited in support of Lithium Ion batteries is in fact, based on cylindrical cells. In addition, the closely packed GS-Yuasa cell design was faulted because of poor thermal isolation, and ease of thermal runaway propagation, exactly the key issues FAA has insisted be eliminated when approving Boeing’s use of Lithium Ion batteries in the first place.

Another factor supported by Japan Transport Safety Board (JSTB) analysis of the flight data recorder information is that pressure changes due to altitude may form a part of the battery fault sequence, possibly accelerating or causing cell rupture. Sudden erratic cell voltage drops occurred as the plane reached 30,000 ft, and continued from that point onward, even as the plane descended. Once triggered, the faults simply cascaded to total failure.

In another unhappy chapter in the 787 Lithium Ion battery story, an Ethiopian Airlines 787 caught fire on July 12, 2013, at Heathrow Airport. Initial reports feared it was related to the aft-mounted APU battery, but the fire was on the fuselage top, by the vertical stabilizer, far from the battery location at the bottom by the cargo door. What was located there however was a Honeywell Emergency Locator Transmitters (ELT), also with a Lithium Ion battery.

These ELTs have been in use since 2005 without incident, so it is very unclear at this time why the batteries might suddenly and spontaneously catch fire in the 787. As of July 25, with FAA issuance of an AD requiring inspection or removal, it appears all of the ELTs in the 787s will now be handled one way or the other in the United States. Internationally, other agencies or possibly Boeing itself will require similar action until the possible ELT-related top fuselage fire issue is resolved. No cause has been identified yet that could trigger the fire, and unless we find in later investigation that the high temperature safety exhaust vent from the aft APU 787 battery mysteriously happens to pass right next to the suspect ELT for unknown reasons. Then there is no apparent relationship to the 787 airframe Lithium Ion batteries in this case, but it becomes another problematic Lithium Ion battery issue for the 787 to resolve.

Japan Times reported that ANA inspections failed to reveal any problems with the ELTs, and the airline would continue to fly with them. They advise that U.K. investigators are now examining an internal wire pinched under an ELT battery cover as a possible contributing factor to the fire.

Walter Shawlee 2 is the president of Sphere Research Corp. in West Kelowna, British Columbia, Canada, and a senior designer at Technisonic Industries. He can be reached at walter2@sphere.bc.ca. 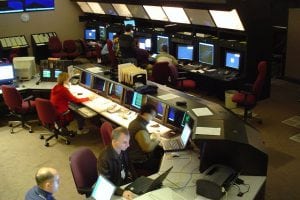 Understanding Infrastructure Challenges for Urban Air Mobility Development in the US