L-3 Aviation Recorders, based in Sarasota, Fla., named Ed Senen the division’s president. In his new position, Senen will be responsible for managing the day-to-day operations of Aviation Recorders and achieving its business and financial objectives. Senen succeeds Michael Smith, who is retiring from L-3 after 15 years with the company.

Senen has spent the last 11 years with Thales Avionics, having most recently been vice president and general manager for the Americas. Prior to Thales, Senen held various sales, marketing and management positions with Rockwell Collins, Sextant Avionique and Gables Engineering.

Scott Gunnufson has been appointed vice president of sales, marketing and support for CS. Gunnufson brings more than 20 years of experience to his new role. His most recent assignment was vice president and general manager of Service Solutions in I&SS. His career at Rockwell Collins has included various leadership roles in the services business.

Thierry Tosi has been appointed vice president and general manager, Service Solutions business unit in I&SS. Tosi’s most recent role was vice president and managing director for the Americas in I&SS, a position he’s held since 2011. Tosi brings almost 20 years of diverse Rockwell Collins experience to the role, having served in both airline sales for Commercial Systems as well as serving as a life cycle value stream manager in Government Systems and vice president of Strategy for I&SS.

Alan Prowse has been appointed vice president and managing director for the Americas. His most recent assignment was senior director, Government Systems Sales and Business Development Operations. Prowse brings 21 years of multifaceted Rockwell Collins experience to the role, having served in sales and marketing as well as serving as a life cycle value stream manager in Government Systems.

Based in Virginia Beach, Va., Beutel will be responsible for sales activities of the aeronautical satellite communications product line to the business and general aviation market for Cobham SATCOM.

Beutel joins Cobham SATCOM after 13 years at Carlisle Interconnect Technologies, where he worked in management positions in accounts, products and sales.

AEA Board of Directors

The Aircraft Electronics Association (AEA) elected new representatives to its board of directors.

Gary Harpster, senior avionics sales representative at Duncan Aviation, was elected AEA chairman. A long-time AEA member who has served as vice chairman since 2010, Harpster was first elected to the AEA board of directors in 2005.

David Loso, manager of avionics sales for Jet Aviation St. Louis, was elected vice chairman. Loso was first elected to the AEA board of directors in 2009, and he has been in business aviation for 34 years.

Sahr joined Elliott Aviation in 2011. During his time at the company, he has rebuilt and restructured the Tech Sales and Marketing team and increased maintenance, repair and overhaul sales. Sahr’s more than 18 years of experience started as an avionics installer at ElectroSonics. He also held positions at Garret Aviation, the Carlyle Group, Landmark Aviation and StandardAero.

Additionally, the company added Dave Hulme as a project manager at its Moline headquarters.

Hulme joined Elliott Aviation in 1994 as a parts associate and brings 25 years of aviation experience to the position. He has also held positions with Pilatus, Livingston Aviation and Niederhauser Airways. Hulme is a veteran of the U.S. Army where he served as an Aeroscout Observer from 1989 through 1993.

McKee joined A4A in 2007, most recently as senior managing director, Airline Services. McKee will oversee A4A’s Passenger Services, Passenger Facilitation and Cargo departments and will retain her airport affairs responsibilities. Before A4A, she was director of Risk Management for Centerplate and spent 10 years with Trans World Airlines and US Airways.

ARINC Managed Services said Philip Watkiss joined the company as its sales director for the Americas Region. Watkiss has more than 30 years of sales and marketing experience in the aviation industry. Most recently, he was a senior global account manager with SITA, where he directed the sales and management of multi-million dollar global accounts. 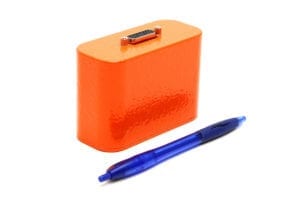