Satcom Direct will also resell TriaGnoSys’ GSMConneX PRO, which enables operators to rapidly deploy mobile infrastructures and establish or extend communications to and from any location via satellite, including in remote areas and on aircraft, ships and trains, using TriaGnoSys’ traffic management software VoCeM. Visit www.satcomdirect.com.

The new office will be located in the General Aviation Terminal area at the new Berlin Brandenburg International Airport.

For European-based flight departments that fly outside of Europe, Rockwell Collins said it will continue to serve their needs with Ascend International Trip Support.

Eurocopter EC135 T1, T2, T2+, P1, P2, and P2 are included in the EASA STC. The Max-Viz Enhanced Vision System is already operational on an emergency medical services-configured EC135 owned by Hélicoptères De France, which serves customers at the Hospitals Alençon, west of Paris in Normandy.

The kit was developed and is distributed globally by Avionik Straubing of Germany.

Flight Options, of Cleveland, received FAA authorization to use Apple iPads as a Class 1 electronic flight bag (EFB) device for its Legacy 600 fleet.

Flight Options said it is developing additional iPad functionality, including applications for status checks on aircraft maintenance and passenger identification.

The added features simplify the route planning process for general and business aviation pilots through the ability to enter user waypoints and manipulate route creation and display via a new “rubber-banding” feature, the company said. This automatically designs an optimized flight path that avoids obstacles and provides alternative routing options.

The amended STC extends its approved model list (AML) to include Pilatus and Diamond aircraft. This amended STC also adds the EX600 multi-function display (MFD) as an approved display.

The MLX770 is a single-channel Iridium transceiver that provides worldwide weather data products for display on Avidyne’s Entegra EX5000 and EX500 and EX600 MFD, as well as on Electronic Flight Bags from CMC Electronics and other manufacturers.

“Flying Safer Skies With Electronic Eyes: The Story of Airborne Collision Avoidance,” a book by Jack L. Shagena, Jr., and James E. Dalmas, presents the early history of aviation control and the history of the mathematical solution, the technology and the political will for implementing an airborne collision avoidance system. The book chronicles the evolution of the technology, which traces its roots back to a mid-air collision in the skies above northern Arizona and the research of Bendix/King mathematician John Smylie Morrel in 1956.

The BXC-A-3 operates over the full military temperature range of -55°C to +130°C. Visit www.bttc-beta.com.

At 7.3 pounds, the unit is a “drop-in” replacement for older-technology inverters and can be installed without requiring additional wiring or mounting, according to the company.

TrueNorth Avionics, based in Ottawa, Canada, introduced the MyStylus iPhone app to complement its Stylus handset. Allowing passengers to call directly from their iPhone contacts list, the MyStylus app supports teleconferencing and can transfer calls to other TrueNorth Stylus and MyStylus users on the aircraft, the company said. Additionally, MyStylus incorporates a speakerphone function and can connect using a Bluetooth headset. The first complete business aviation telecommunications app, MyStylus is available for download from the Apple iTunes App Store. The MyStylus app is also being developed for other smartphone platforms, according to the company. Visit www.TrueNorthAvionics.com. 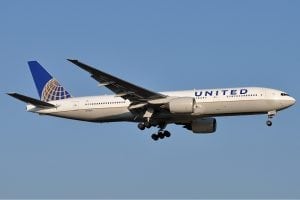 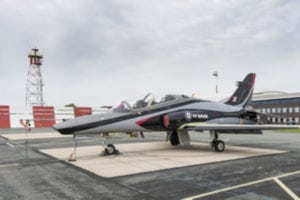