Firan Technology Group (FTG), based in Toronto, will supply cockpit control panels to SAVIC, based in Shanghai, China, for the C919 aircraft, under terms of a letter of intent (LOI) announced Tuesday.

Under the terms of the LOI, FTG will design, develop, manufacture and supply the Display System Suite of control panel assemblies. The design, development and initial manufacturing will be completed at FTG Aerospace – Toronto and volume manufacturing will be performed at the division’s facility in Tianjin, China. SAVIC was selected by GE AVIC civil avionics joint venture to provide certain airborne avionics equipment for the C919 program and is planning to order 2,355 ship sets consisting of 9 control panel assemblies per set from FTG.

SAVIC and FTG have agreed to share the cost of the design and development of the control panel assembly products. Initial funding has been received from SAVIC and the program is now underway. Further discussions and negotiations are in progress with a view to concluding a long-term Master Agreement between SAVIC and FTG. This Master Agreement will replace the LOI and cover all design, development, production and In Service Support (ISS) for the delivered products.

“This represents a tremendous opportunity for FTG to increase our value proposition in an important emerging market. FTG made a commitment to the China market in 2010 by establishing FTG Aerospace – Tianjin and we are pleased to see such significant results so soon," said Brad Bourne, president and CEO of FTG.

“SAVIC is dedicated to delivering more reliable and competitive avionics products to customers and is willing to build a long-term partnership with FTG. FTG’s commitment to the China market and its localized manufacturing will benefit the C919 program," said Wang Guoqing, president of SAVIC. 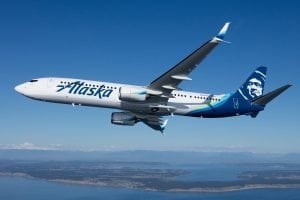