International Communications Group (ICG), of Newport News, Va., and Chicago Jet Group (CJG) said they are on schedule to obtain a group FAA Supplemental Type Certificate (STC) for the installation of a version of ICG’s Sora advanced voice and data satellite communications system on a Dassault Falcon 900 series aircraft.

"Falcon operators will greatly benefit from the use of FANS-1/A over Iridium (FOI) features. It will permit them to comply with Global Datalink requirements and enhance operational efficiency and fuel conservation by allowing more direct and exclusive flights as well as reduced lateral separation minima. The Sora ig+ bundle gives the flight crew a global voice Satcom system that can serve as an alternative to a second High Frequency (HF) radio. The system will improve the reliability of communications on transoceanic flights and is compliant with the emerging NextGen safety services requirements," said Scott Trainum, CEO of ICG. "An added benefit of having this Sora ig+ installation is that the flight crew can utilize dedicated Iridium Short Burst Data (SBD) communications for CPDLC and ADS-C messaging. ICG’s proprietary priority and preemption software also allows both voice channels to be shared with passenger in the cabin, too. They, in turn, will be able to move about the cabin while using our recently-released, sleek new wireless ePhone, which is compatible with this system."

The first Sora installation -- on a Gulfstream 200 -- received FAA STC approval in 2010. That STC has provided the basis for the subsequent installations on additional business jets. Chicago Jet Group has finished installing the system for the Falcon 900 series aircraft at its Chicago/Aurora facility and expects to complete flight testing by April 12 and anticipate receiving certification by the end of this month. Customer availability for installations from Chicago Jet Group is expected to begin in the second quarter of 2012. 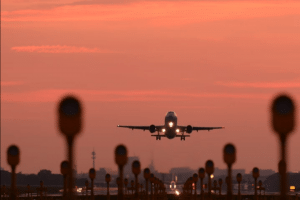 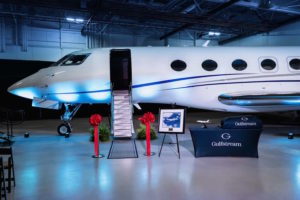