With its 150-foot wingspan, Phantom Eye is designed to fly at an altitude of up to 65,000 feet and stay airborne for up to four days while carrying a 450-pound payload. 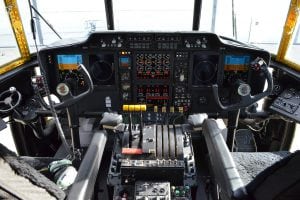