Chances are that if you asked most Americans above the age of, say, eight, to name a satellite system, the answer would unhesitatingly be GPS. It is only reasonable because today, tens of millions of Americans either own a GPS or know others who own one or more units. GPS devices are becoming as ubiquitous as cell phones, and in turn are now morphing into combined communications and navigation units, while getting smaller and smaller, and cheaper and cheaper. But the chances are that very, very few of those questioned would name GLONASS, Galileo, Compass, IRNSS or JRNSS, the respective names of Russian, European, Chinese, Indian and Japanese systems which, by 2020 or earlier, promise to be fully functioning global or regional equivalents to GPS.

These countries are investing billions of dollars in building their own satellite navigation systems, despite having free and unrestricted access to America’s GPS. The investment is because every day these countries see more and more parts of their national infrastructure, such as air traffic control, telecommunications, transportation, utilities, city planning, financial networks, land surveying and myriad other tasks, becoming dependent upon technology controlled by a foreign nation, even though that nation may be friendly. In fact, in 2010, around $1,100 billion, or between 6 percent and 7 percent of Western Europe’s annual GDP, was dependent on GPS.

But those “other tasks” aren’t necessarily all in America’s interest. Late last year, China unveiled its claimed equivalent to our F-35 Joint Strike Fighter, which, it said, would be armed with air-to-air missiles guided by GPS. Yet that shouldn’t be a surprise every nations’ military forces have adopted GPS, demonstrating that in certain circumstances, generosity could become a two-edged sword.

The driving force behind foreign satellite plans is quite simply the fear that the United States might one day be forced to decide that enough is enough, and shut off unrestricted world access to GPS and only transmit its encrypted military M-Code signals, known exclusively to the United States and its allies. While the United States has assured the world that will not happen, those other countries don’t want to take the risk of seeing their infrastructure, and their military forces, severely compromised if circumstances caused the United States to reconsider that pledge.

On the other hand, barring such a development, it is clearly recognized that a large number of exclusively national satellite navigation systems greatly limit potential user benefits and, consequently, all are designed to be interoperable with each other, while still retaining exclusive national capabilities. To achieve this, each separate constellation has been assigned a group of dedicated frequencies in the international Radio Navigation Satellite System (RNSS) section of the radio spectrum’s L-band, from 1599 to 1610 mHz and, within each constellation’s group, two frequencies are common to all other systems. Those common frequencies were chosen for their wide separation within the L-band, allowing them to be also used to compare and thus minimize ionospheric effects, which most seriously affect navigation accuracy.

“Russia has its GLONASS which has had some reliability and maintenance problems over the years although the government has now committed to a next-generation system,” Vincent Galotti, deputy director, air navigation bureau at ICAO testified in front of a House subcommittee in February. “Europe has its Galileo, which is not yet operational, and China is in the process of launching its Compass system. Because of the reliability and continued upgrading of the GPS and the commitment of the United States government, GPS is the most fundamental and important piece of supporting infrastructure of the global system.”

GPS and Russia’s Global Navigation Satellite System (GLONASS) are the two oldest constellations, but both have made, or are about to make, dramatic changes to keep up with the newcomers.

After several progressive upgrades of its GPS satellites and ground control equipment since the early 1980s, the United States Air Force has opted for a total system redesign, called GPS III. While still “backwards compatible” with earlier user equipment, GPS III will have up to 36 satellites orbiting at 20,200 km to provide more accurate and much more powerful signals, including a directed, higher power, 200+ km diameter anti-jamming “spot beam” for the military M-Code. It will also transmit modernized GPS frequencies, plus have a new Operational Control Segment and new security architecture.

Lockheed Martin, which was awarded the GPS III Development and Production contract in 2008 by the U.S. Air Force contract to design, develop and build the first two GPS III satellites, anticipates the launch of the first of an initial 12 production satellites in 2014, with the full constellation in orbit by 2020. (In January 2012, Lockheed Martin was awarded a $238 million contract from the U.S. Air Force for production of the third and fourth satellites in the GPS III constellation.)

“GPS is a global gold standard, providing accurate, reliable, continuous, free worldwide positioning, navigation and timing (PNT) services,” said Col. Bernie Gruber, director of the U.S. Air Force’s Global Positioning Systems Directorate. “And we are focused on delivering world-class space-based PNT capabilities to our users around the world. As the need for more capability increases, GPS III will allow us to affordably sustain and modernize the constellation by providing increased capabilities incrementally to better meet current and future needs.”

Designed and built in the mid-1980s during the Cold War, in response to America’s GPS, Russia’s GLONASS was never as successful, particularly due to its user equipment, which tended to be bulky and not too reliable. Partly, that was the result of the satellite’s design concept that allocated a specific unique frequency to each of its 24 satellites, unlike GPS, which uses a single frequency for all satellites and employs a spread spectrum technique to carry individual identification codes in each satellite’s transmissions.

GLONASS was sidelined for several years during the transition of the former USSR into the Russian Federation, with attrition reducing the constellation to just seven satellites. As the Russian economy recovered, however, more funding was put into GLONASS and, importantly, the system of individual satellite frequencies was dropped in favor of the spread spectrum approach, which has also been adopted by those nations that subsequently plan satellite constellations.

Spearheading the renewal was then-President Vladimir Putin, who saw the real domestic and export benefits for Russia of satellite navigation services, plus the opportunity of market access ahead of other newcomers. Putin was also aided in the rapid re-building of GLONASS by Russia’s unique ability to simultaneously launch three satellites into their 19,100 km orbits with its giant Proton and Soyez rockets.

On Dec. 4, 2011, the revitalized constellation was completed with the launch of its 24th new design GLONASS K satellite, with back up in-orbit spares to be launched in 2012.

For the past several years, however, and even with a reduced constellation, GLONASS has seen continuous use in the terrestrial survey industry, where builders of high precision receivers, such as Trimble, TopCom and NovAtel, have successfully offered integrated GPS/GLONASS units for specialized applications. Both GPS and GLONASS are free services, respectively operated and controlled by the United States and Russian military, but neither offers Galileo’s commercial fee-charging guaranteed levels of performance.

The development of Europe’s Galileo satellite constellation system was triggered in the early 1990s by the U.S. rejection of a European proposal to be granted partnership status and joint control of GPS. The result was the creation of the 24-satellite Galileo constellation, which was originally conceived as a shared cost government/industry partnership, but industry eventually withdrew and it is now a European Union (EU) and European Space Agency (ESA) program. The constellation is compatible and, for some services, interoperable with the GPS and GLONASS system, but is independent from them, according to the EU.

Galileo will be a non-military commercial endeavour offering five different services: Open Service, similar to GPS; Public Regulated Service, which ensures that service such as police and ambulance will continue to function; Search-and-Rescue Service; Commercial Service and Safety-of-Life Service. Open Service, Public Regulated Service and Search and Rescue Service will be operational by 2014; the other two will follow later, according to the EU.

Successful satellite prototype validation tests were done in 2007 and 2009 at Galileo’s orbital height of 23,222 km. In October 2011, two in-orbit validation satellites were launched, and two more units are expected to be launched in summer 2012. Full global constellation operation is forecast in 2020.

“We have placed in orbit the first two satellites of Galileo, a system that will position our continent as a world-class player in the strategic domain of satellite navigation, a domain with huge economic perspectives,” said Jean-Jacques Dordain, ESA director general at the October launch.

According to Chinese media reports, 10 satellites are already in orbit and further launches are planned to expand the constellation to provide service to much of the Asian-Pacific region by the end of 2012 and worldwide by 2020.

The two acronyms IRANS and JRANS represent the separate Indian and Japanese Regional Air Navigation Systems. Each will have between six and eight satellites, but while the Indian constellation will be initially designed to cover that nation exclusively, the long-term plan is to include expansion to a global system. The JRANS will just cover several neighboring nations. Currently, JRANS will deploy its satellites to provide equivalent services over the region, but IRANS is understood to lean towards the Japanese quasi-zenith concept that concentrates coverage in denser traffic sectors.

Neither project has firm completion dates, but it seems likely that both nations would be aiming for 2020 operations.

Generally, all satellite navigation constellations commence operations after construction by first transmitting “raw” data that provides users with position accuracy of less than 25 meters, which for most applications is more than adequate. Nevertheless, certain tasks — such as aircraft landing and airport surface guidance in low visibility — call for greater accuracy, to as close as less than a meter. Consequently, all constellation plans include provisions for the later addition of accuracy augmentation systems.

Typically, these consist of a widespread network of high-accuracy monitor receivers with latitude and longitude positions that have been very precisely surveyed. The monitors continuously receive the raw data from the constellations’ satellites, and the difference between the calculated raw position and the true surveyed position is the error at that time and at that location. These errors are then continuously uploaded to dedicated equatorial geostationary satellites, and then retransmitted down to all aircraft as automatic receiver corrections.

In addition to MSAS, Japan also employs a second augmentation approach called the Quasi-Zenith Satellite System (QZSS). This is a custom designed system to supplement surface vehicle GPS use in the “urban canyons” of Japan’s major cities, where low elevation GPS signals are frequently blocked by tall buildings. The orbital figure-eight mechanics of QZSS causes its three satellites to decelerate to their lowest speed as they pass over Japan at elevations between 70 degrees and 90 degrees above the horizon, clearly “visible” to GPS receivers below. Upon leaving Japan, the satellites rapidly accelerate, reaching their highest speeds south of Australia, after which they then decelerate as they once more approach Japan from the south. QZSS orbits are arranged so that at least one QZSS satellite will be continuously in view over Japan’s high-density cities.

Japan’s automobile industry manufactures around 5 million cars annually for its domestic market, and GPS will become standard in 2012. India is also reported to be considering QZSS to augment its IRANS constellation. 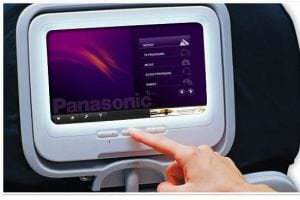