In December 2010, Gulfstream Aerospace announced the opening of a new regional sales office. Nothing unusual about that, but unlike most such announcements, this time there was a twist: Gulfstream’s new office is located in downtown Beijing, China.

That’s a long way from corporate headquarters in Savannah, Ga.

“China has emerged as one of our most important global markets,” said Herman Chai, Gulfstream’s regional vice president for Far East Asia, following the announcement. “Our customer base there is growing rapidly. We’ve learned how important it is to stay close to customers, to be a regular and reachable presence for them. This office responds to those needs.”

Gulfstream currently claims about 25 percent of the large cabin business jet market in Asia Pacific and its sales in the region have increased nearly 200 percent in the last five years. The airframe maker says it plans to maintain a permanent presence in Beijing, which will oversee its business interests in mainland China, Japan and South Korea.

Gulfstream isn’t alone its commitment to the growing Asian market. Avionics companies like Garmin, Rockwell Collins and Honeywell all have well-established offices and partnerships in the region providing local support for everything from marketing, to sales, to design, engineering and maintenance services as do airframe manufacturers like Bombardier, Cessna and Hawker Beechcraft. And Asia is a big place, so these business interests are spread across countries ranging from China to South Korean to India and others. According to the U.S. Department of Commerce, in fact, U.S. exports to the Asia Pacific region surpassed those to Europe for the first time ever in May 2010, totaling almost $228 billion in the last year, as more and more domestic industries look to the developing nations of the east for new customers and new opportunities.

“Long-term there is no doubt Asia will be a prime area of growth for business aviation,” says Steve Shea, senior partner with the Boston-based aviation market research firm STS Research Group. “Expected increases in GDP, growth in corporate profits, resilient exchange rates, higher incomes from an emerging elite upper class, building of new airports and the long travel distances between major cities without well-developed ground infrastructures are all contributing factors.”

For the business aviation industry, Asia represents an enticing target: a growing, economically diverse region that remains largely untapped. Not only is Asia Pacific rapidly becoming one of the world’s economic powerhouses — meaning that there are now more companies and individuals in the area who can afford to buy business aircraft — but the area’s geography also lends itself to a need for long haul business jets. You simply can’t drive from Shanghai to Tokyo to New Delhi. STS Research predicts that China alone will account for at least 650 to 1,000 new business jet deliveries in the next eight years, for instance, and Embraer in November announced the sale of 15 E190 jets to Singapore-based aircraft leasing company BOC Aviation.

In its annual business aviation outlook, Honeywell predicted overall flat deliveries of business jets in 2012, with the notable exception of Asia. In the survey, Asia, Africa and Middle East regions ranked the highest in purchase expectations regardless of the economic environment. Asian purchase plan rates rose about five points over 2010 levels in the current survey, and at 45 percent, lead all world regions, according to Honeywell. “Clearly the relatively mild impact of the global recession on major Asian economies such as China and India is still helping support a more optimistic level of interest in business jets than in other regions,” the company said.

“The Asian market is certainly expanding; that’s what you see industry-wide,” says Clay Brown, director of government systems marketing for Asia Pacific at Rockwell Collins. “What we’ve been seeing is that in some cases the airport infrastructure in Asia has not been as developed as it is in other parts of the world. So, with the growing business sector in India and China and elsewhere, you have people who can now afford business jets and who really need these services.”

International business, including Asia Pacific and elsewhere, currently accounts for 33 percent of Rockwell Collins’ sales, and the company expects that figure to reach 40 percent by 2020.

“We’ve always had a decent support presence in Asia Pac,” Brown says, “but we’re now planning to expand in all of the key areas in the region. We’ve opened an office in Shanghai, we’re expanding in Singapore and we’re expanding in India. The important thing is we’re expanding the cross functional nature of our presence: it isn’t just about service anymore.”

Briand Greer, president of Honeywell Aerospace, Asia Pacific, agrees, calling China a “major pillar in Honeywell’s globalization, growth and innovation strategy.” He cites a recent forecast report from the International Air Transport Association that said North American and European carriers are expected to deliver net profits of $1.5 billion and $1.4 billion, respectively, in 2011, while Asia Pacific carriers are on track for $2.5 billion in profits.

Honeywell sees growth happening right now in both China and Singapore, the former of which is currently the world’s second largest aviation market with civil aviation traffic numbers that are expected to reach 300 million in 2011. In Singapore, the company expects to see continued growth as the country overhauls its aviation infrastructure (most notably boosting the Seletar airport’s capabilities as a regional B&GA hub) in response to increased demand for business jet travel. Honeywell will open its first major mechanical service center in the Asia Pacific region at Seletar Aerospace Park in February 2012.

“The Asian market for business aviation is definitely growing right now,” Greer says. “This is particularly true for China where the business and general aviation market is progressing steadily, and will be accelerating with the recent policy to further open up the low-altitude airspace. We believe that China will be the engine of growth for the region. Many business jet and helicopter manufacturers across the world understand this and want to explore the potential of the China market.”

With this in mind, Honeywell Aerospace moved its Asia Pacific headquarters from Singapore to Shanghai in 2007 and the company has entered into partnership agreements with Chinese aerospace companies COMAC and AVIC.

“We can expect the market demand for technology in the area of business aviation to grow,” Greer says, “including improvements in performance, efficiency and lifecycle longevity through software upgrades. This is especially important since we are now entering into a critical juncture in the airline industry where reducing cost of operations has become of great importance.”

Among airframe manufacturers, Canada’s Bombardier Aerospace has been particularly active in the Asian market and expects to ship some 1,715 aircraft to China, India and Asia Pacific/Japan/Oceania between now and 2020. That’s out of the 10,000 total it expects to ship worldwide in that time. The company says that North America remains the world’s most established market for business jets, but growth in this region has slowed. China, on the other hand, “has a very low number of business jets relative to the size of its economy and is now entering a high growth rate phase for its business jet fleet.”

Of course, there’s more to the Asia Pacific aerospace market than just new sales opportunities. Given that buyers in the region are still in the early stages of determining what they want and need from aviation suppliers, Asia could also become an outlet for new technologies and product developments that, for one reason of the other, don’t take off in North America and Europe. While it could become a dumping ground for less popular products, some say the region could also grow into a proving ground for new aviation technologies.

“I think the general thinking is: we’re going to give the Chinese our older generation technology, not our newest, and that’s how we’re going to stay competitive and have the best of both worlds,” says STS Research’s Shea. “You dance with the Chinese but you don’t give them the latest, greatest and best. The idea is you’re staying a generation ahead of them. The revenue opportunity is irresistible.”

The same dynamic could also extend to avionics companies, which may take new technologies that are not selected by western aircraft OEMs directly to the Asian market and work with those players to set up joint ventures and directly challenge the traditional players. “It’s called turning a negative into a positive.”

The key for all players, however, is understanding the differences between doing business in Asia versus Europe or North America. “Asia’s a relationship kind of place,” explains Rockwell Collin’s Brown. “You have to build relationships with customers there and it takes time to do that. We’ve been in Asia Pac for a long time, so we’re not a new entrant. We’re committed to the region and it’s a key future area for us.” 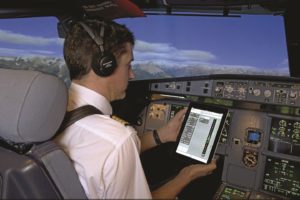 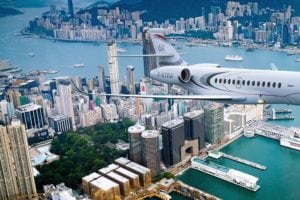