Airborne connectivity systems are quickly becoming ubiquitous across airline fleets, as more operators see the financial, operational and technological benefits of putting these systems on their aircraft, according to panelist on the Avionics Magazine Webcast, “Internet at 30,000 Feet: Airline Connectivity Technologies and Trends.”

Being able to stay connected on board an aircraft, whether for business or for pleasure, is becoming an expectation of passengers and crew, not just a perk, according to panelists. This is increasingly true given the proliferation of smartphones, iPads and other tablet devices.

Traditional in-flight entertainment (IFE) companies, such as Thales, have added connectivity services as a complement to their menu of movies, music and shopping options while in flight.

“The goal has changed from providing necessarily every individual on the aircraft with a broadband connection to providing support for the existing mobility applications that we’re all carrying around with us on a day-to-day basis,” said Stuart Dunleavy, vice president, marketing and customer proposition at Thales. “We still see a strong need for the core audio/video on-demand services that airlines remain heavily vested in at the moment.”

Offering passengers on board an aircraft and personalization of that in-flight “experience” is driving development and equipage of connectivity systems.

“That’s what Virgin America is trying to achieve is to give our guests a whole bunch of choices, allowing them to connect or not, to give them what I call situational awareness so they know exactly where they are through their moving maps, so they are able to stay connected to their community through social networking, and also give them control,” said Ken Bieler, chief engineer at Virgin America. “Having Wi-Fi on every one of our airplanes has been a game changer for us.”

In September, Virgin America announced it was going to implement a new wireless hybrid entertainment system on its aircraft through the Lufthansa Systems Connect System, allowing passengers to manage content and connectivity through the seatback platform or via their personal electronic devices.

Gogo, formerly Aircell, announced several enhancements to its in-flight connectivity menu, including the addition of an entertainment on-demand service and streaming video to the cabin. The company is in the process of deploying the next generation of its air-to-ground network infrastructure; it’s slated to roll out mid-year 2012, according to Fran Phillips, senior vice president of airline solutions at Gogo. By the end of the year, the Gogo connectivity system will be installed on more than 1,200 aircraft across nine airlines, Phillips said.

“We’ve been able to scale very, very quickly, and the service has been excellently received as we’ve scaled,” Phillips said.

OnAir, a global connectivity service provider based in Geneva, has a worldwide customer base on 37 operators, which includes 12 airlines, with six more to come online by the end of the year, and some VIP business aircraft, covering 2.2 billion customers worldwide.

“Connectivity is happening,” said Veronique Blanc, chief technology officer at OnAir. “All of the people we talk to across the industry, as well as the airlines themselves, do recognize that we have grown into a complete use phase. Aircraft are being deployed today and people will expect when they travel increasingly to be able to connect.” —Emily Feliz

To access an on-demand version of this Webinar, visit www.aviationtoday.com/webinars/2011-0928.html.

“We look forward to seeing these procedures fully implemented so we can realize the substantial economic and safety benefits provided by this program,” said Capt. Ertata Lananggalih, managing director of Lion Air. The Directorate General of Civil Aviation Indonesia intends to implement RNP at other airports in the country.

Raytheon was awarded a $24 million contract to modernize air traffic management systems in the Kyrgyz Republic, including the country’s main international airport near the capital city, Bishkek, the company said Oct. 4.

“In an effort to expand our global ATM customer base, we will, for the first time, provide the Kyrgyz Republic with improved ATM capabilities and flight capacity,” said Mike Prout, vice president for Raytheon Network Centric Systems’ Security and Transportation Systems. “Thanks to a continued partnership with the U.S. Air Force and with over 60 years of experience as a proven large scale ATM provider, we are confident that our systems will provide the best value for the U.S. government and the Kyrgyz Republic.”

The Raytheon team, which includes Saab Sensis Corp., of Syracuse, N.Y., will establish a safe and effective air management system for en-route air traffic within the Kyrgyz Republic along with aircraft operating at the Manas International Airport. Saab Sensis is a world-recognized leader in WAM technology. Raytheon is the prime contractor and system integrator. Raytheon will also design and construct a new ATCT at Manas International Airport and supply new communications systems and interfaces to the existing air traffic management infrastructure. Construction and ATCT design services will be supported by Serka Construction, based in Turkey.

Insitu Pacific, the Australia-based subsidiary of Insitu, has concluded the second phase of a trial conducted in partnership with Murdoch University that aims to determine if unmanned aircraft systems (UAS) are a cost-effective, capable alternative to manned assets for surveying marine mammals.

“Flying for a long time, at a low altitude, well off the coast is a high-risk mission for a manned aircraft. Unmanned systems offer an alternative,” says Insitu Pacific Managing Director Andrew Duggan. “ScanEagle is not only safer than manned aircraft for monitoring mammals, it is also environmentally friendlier. Fuel consumption is an order of magnitude less than manned aircraft.”

Ideal for operation in remote locations, the ScanEagle aircraft was launched, controlled and retrieved from North Stradbroke Island, off the coast of Queensland, Australia. A high-resolution digital still camera was fitted alongside a typical ScanEagle electro-optic payload. Previous field trials in October 2010 were conducted in Western Australia.

Northrop Grumman announced the first deployment of its STARLite radar on a U.S. Army Persistent Threat Detection System, an aerostat surveillance platform positioned to aid in the defense of ground troops, the company said Oct. 10.

“STARLite is protecting our warfighters and allies 24 hours a day, seven days a week,” said John Jadik, vice president of weapons and sensors for Northrop Grumman’s Land and Self Protection Systems Division. “As long as our troops and coalition allies are deployed, STARLite will stay deployed with them, providing top cover day and night and in all weather conditions.”

âž¤ BAE Systems has been selected by Lockheed Martin to supply a Night Vision Goggle Helmet Mounted Display (NVG HMD) system for the F-35 Joint Strike Fighter during the next phase of its development. BAE said the NVG HMD will incorporate the Q-SIGHT waveguide display and feature detachable Night Vision Goggles for night operations. It will also incorporate an optical Head Tracking System for precise weapons delivery and carrier and land-based operations. BAE Systems will begin delivery of test assets in 2012.

âž¤ Elbit Systems of America was awarded a five-year, $23 million Indefinite Delivery/Indefinite Quantity National Maintenance Contract by the U.S. Army Communications-Electronics Command, for depot level repair services on Elbit’s Aviator’s Night Vision Imaging System Head Up Display System. Work will be performed in Talladega, Ala., and is expected to be completed in 2016. 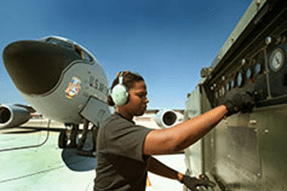 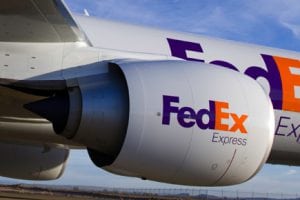