The adoption of radio frequency identification (RFID) systems for flyable components on aircraft is growing, as airframe manufacturers, avionics companies, maintenance professional and operators look to improve management of their assets.

Tim Butler, president and CEO of RFID chip manufacturer Tego, of Waltham, Mass., said he sees the need for a wide range of RFID chip memory sizes to store information including maintenance records, installation dates and other data, for use on a wide range of aerospace components — smaller memory for relatively low-maintenance components like life vests and oxygen tanks and higher memory chips for more dynamic parts like engine parts and avionics systems.

“The aerospace industry is leading the paradigm shift in RFID,” Butler said. “RFID had been thought of as simply a way to replace bar codes, and really it is another way to communicate and what we’re doing is enabling you to communicate with billions and billions of new assets in ways that you never could before. We’re really just at the beginning of understanding what that means.”

The company in October released its TegoChip 2000, a 2 kilobit RFID chip for tagging aircraft parts that require only record birth, record storage and identification. Tego said the TegoChip 2000 is the first RFID chip to fully comply with the Air Transport Association’s (ATA) Spec 2000 “low memory” format. It also meets the AS5678 RFID tagging standard for flyable parts. Tego also manufactures 4- and 8-kilobyte chips to manage larger amounts of data, and sees the need in the future for even higher memory and better performing chips.

“For aerospace, RFID chips can keep a lot of information on that asset itself and have additional functionality on that asset that they couldn’t have before and do it in a much more cost-effective, and a much more highly efficient way,” Butler said. For example, “Rockwell Collins can build a part for an Airbus plane that goes into the United Airlines fleet that gets serviced eight years later somewhere in Malaysia and the actual service information about that part can be on the part and the person who is actually servicing that part can do something valuable with that information, whereas up until now that information doesn’t exist in any sort of centralized place.” This information, Butler said, is available via “cloud computing” applications.

In 2010, Airbus placed a multi-year order to equip its coming A350 XWB with RFID tags on up to 3,000 component parts to support aircraft configuration management, line maintenance, warehouse logistics, payload tracking and life-limited parts monitoring.

“Airbus is really leading the way on this … they’re doing it because this is what airlines and the aviation industry have asked them to do. It’s a huge issue with maintenance and management of assets. Beyond fuel and people for the airline, the biggest issue is asset management. … If they can improve that significantly, you can talk about billions of dollars in savings,” Butler said.

He said he is seeing interest for RFID in the aerospace industry from airlines, airframe manufacturers, suppliers and maintenance, repair and overhaul (MRO) facilities in Asia, India and South America. 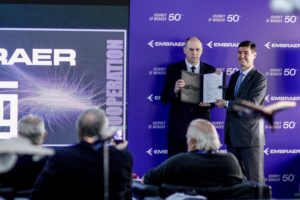 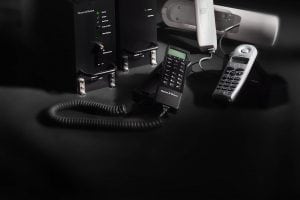