The adoption of electronic flight bag (EFB) technology is gaining momentum, but EFB manufacturers are still looking to get an additional boost with the introduction and expanded use of key applications and hardware platforms, including Apple’s iPad. Meanwhile, vendors of the high-end Class 3 EFBs are eyeing an even larger role in the cockpit as they work with regulators in preparation for FAA’s NextGen.

A diverse and competitive market, EFB vendors are offering a mixed picture of market conditions. “This market has been a long time in developing; I think a lot of people expected this thing to just take off and that didn’t happen,” said Jim Schmitz, director of business development for cockpit data management products at Goodrich. “But we have been seeing some sustained momentum (beginning) last year and heading into this year.

“Many airlines have EFB upgrades included in their 2011 budgets and are planning to launch retrofit programs this year,” he said. There are caveats, however. An extreme jump in fuel prices, for example, could slow this progress, Schmitz said.

Even without fuel price increases, industry officials are reporting uneven sales across geographic regions and market segments. The demand for EFBs “seems to be stronger outside of North America in Asia, Middle East and in Europe,” where operators were slower than their North American counterparts to adopt the technology a few years ago, said Ken Crowhurst, navAero executive vice president The North American market has continued to grow, just not at the accelerated pace registered in other parts of the world, he said.

“We are seeing slower growth in the air transport market” than the business aviation segment, said Jean-Marie Bégis, director of EFB products at Ottawa-based Esterline CMC Electronics. “In the bizjet market, it is becoming a standard option,” while air transport adoption rates are slowed by the complicated decision process, Bégis said.

A retrofit is an especially tough sell for the airlines, said Norm Pickering, senior marketing manager for satcom for Esterline CMC Electronics. Finance departments “really have to look at return on investment before they can make this huge investment.”

“We have seen the retrofits decrease a bit in the bizjet market,” but that is because “there aren’t that many large bizjet aircraft left that don’t have an EFB on them,” Pickering said.

CMC has carved out a presence in the business jet market with its Class 2 PilotView EFBs, registering about 48 supplemental type certificates (STC) on business and transport aircraft including Gulfstream G-IV and G-V and Bombardier Global Express/5000/XRS. It is also a standard option at Dassault and ATR, and has been selected by Rockwell Collins for the Bombardier Global platform.

To boost the EFB business case in all markets, the industry is looking to sophisticated applications. While “we are not seeing tremendous increases in the number of application providers … we are seeing an increase in breadth of application offerings from existing providers,” Crowhurst said.

This may be an “intangible benefit,” but EFBs do offer applications that provide cost savings, such as programs designed to boost takeoff performance by allowing the crew to calculate data, such as takeoff weight and balance “as close to taking off as possible,” Bowden said. “There is a pretty easy business case to be made” for these applications, which can be installed on Class 1 systems, he said.

The industry got a boost when FAA approved Jeppesen’s Airport Moving Map (AMM) with Own-Ship Position for Class 2 platforms in 2008. Aside from permitting the use of this Class C software otherwise limited to the rigorously certified and permanently installed Class 3 EFBs on the lower cost Class 2s, FAA also funded airlines to deploy and test these systems, designed to prevent runway incursions, in the Surface Conflict Indications and Alerting (SURF IA) and Capstone Runway Safety programs. The upshot is AMM has matured to the point where it is part of the justification for acquiring EFBs, said Bégis.

The feedback from operators using the AMMs has been “extremely positive,” said Crowhurst. Continental Airlines is using navAero’s tBagC22 Class 2 EFB with Jeppesen AMM on much of its fleet. To date, the application is on all of carrier’s Boeing 757s and navAero is now rolling it out on the carrier’s 767 fleet.

“We are now seeing a second wave in the weather applications that are providing real-time data … and better systems to manage the aircraft maintenance cycles,” said Bégis. CMC’s EFB, for example, has an application that provides pilots with access to enroute weather via data from Iridium satellites.

These and other applications are getting a boost from the increased “utilization of wireless technology for the data updating,” said Crowhurst. This capability is “becoming almost a given for the airlines (that) need an automated way to ensure that the data that resides on the systems is current.”

There is debate among industry officials about whether there will be a proliferation of new applications similar, if not equal to, what is happening in the smartphone market. For now, the new applications are not so much “revolutionary but really just enhancements of the core portfolio,” said Crowhurst.

However, there are efforts underway in AEEC EFB Users Forum to create some standards around EFBs, Schmitz said. The goal is to devise a standard for application managers that will allow for data sharing among current applications, which could spur new applications.

The market is also getting a boost from two very different catalysts the Apple iPad and NextGen. The introduction of the Apple iPad as an EFB “is one of the hottest trends” in the industry, said Bowden. Several companies in recent months have announced applications or certifications.

“It is a pretty rugged device; there is no hard drive; and the display is just about as high-quality as you see out there avionics-wise, so then it gets down to what software you can put on it,” Bowden said. “The iPad is cheap enough that some airlines could look at buying multiple iPads for the cost of a traditional EFB system.”

In January, Swedish cargo carrier Amapola received approval from Swedish aviation regulators to use an iPad as a Class 2 EFB on its fleet of Fokker 50s turboprops.

And, in December, Avionics & Systems Integration Group (ASIG), of Little Rock, Ark., received FAA certification for an iPad as an EFB for N-Jet/Northern Illinois Flight Center’s charter fleet of Part 135 aircraft. “The iPad EFB is about one-tenth the cost of a traditional Class 2 EFB. In addition, the iPad’s ability to use electronic aeronautical data in lieu of paper enroute charts and approach plates can cut the annual cost of paper data in half. These two factors give the iPad EFB a compelling financial justification,” said ASIG’s Managing Director Luke Ribich.

Also this year, Lufthansa Systems announced the creation of an application suite for the iPad turning it into an EFB system. The app is based on a version of the company’s Lido/RouteManual.

Response to the iPad among major EFB providers has been tempered. Some observers see it as potential backup equipment, but lacking the capability to make an impact other than in general aviation. “There are benefits of having the Apple iPad, such as paper reduction and support to an installed Class 3 EFB. There are limits to the capabilities that the iPad offers, however, capabilities that only the Class 3 EFB can offer,” said Eyton Zelazo, business development manager at Astronautics Corporation of America, Milwaukee, Wis.

Despite the apparent advantages of the iPads, many operators are looking to equip their aircraft with systems that are able to achieve the requirements of FAA’s NextGen and Eurocontrol’s SESAR.

“We are seeing interest in Class 3 systems that would be ready for NextGen,” said Bill Ruhl, regional marketing manager and former EFB program chief at Astronautics. That interest may not be leading to sales right now, “but we see a trend to the industry going that way.”

With the 2020 deadline for operators to equip with Automatic Dependent Surveillance-Broadcast (ADS-B) capability the heart of the NextGen effort less than10 years off, “there is a lot of interest in terms of getting a better grasp of how exactly EFB technology is going to play in the NextGen initiatives,” said Crowhurst.

To begin with, only the Class 3 EFBs will be qualified to receive the ADS-B “In” data, Ruhl said. “Basically, the FAA’s position is that if what you are doing is involved in navigation then you have to certify it just as any other navigation system is today, and the EFB applications” related to NextGen, such as merging and spacing and optimum climb and descent involve navigation, he said.

The EFB is the logical NextGen platform because it would cost a fraction of a primary flight display-based retrofit system, he said, and EFB retrofits could be done much quicker than a forward-fit only approach.

EFB manufacturers are already adopting strategies to give them an edge. Astronautics’ EFB, the Nexis Flight Intelligence System, for example, comes in a Class 2 or 3 configuration and offers a range of Windows-based features and certified applications, such as those included in SafeRoute, developed by Phoenix-based ACSS. SafeRoute is a suite of applications that uses the cockpit display of traffic information with moving map and own ship position along with ADS-B data to improve aircraft performance by boosting situational awareness during all phases of the flight from takeoff to airport taxi.

Astronautics Class 2 or 3 EFBs are capable of displaying potential runway incursions in real-time via ADS-B In/Out inputs, and they also support in-trail procedures and merging and spacing applications. The company has been involved in several NextGen demonstrations, including a demonstration of runway conflict alerting using ADS-B aircraft positions at Philadelphia International Airport, in partnership with ACSS and US Airways.

Goodrich is designing its NextGen SmartDisplay EFB system to accommodate users who will continue to run Windows programs even as they begin to process ADS-B information, which requires a higher safety certification level. The system will have “dual-partitioned architecture computer system one computer for FAA-certified software applications, and another for Windows-based software applications,” said Schmitz.

“This architecture creates a strong value proposition for the EFB … as airlines can be confident in buying a Goodrich EFB now for their Windows-based applications. Then they can easily upgrade their EFBs with the dual-partitioned system in the near future to meet the emerging NextGen application needs,” he said. The system is planned for market introduction later next year.

Goodrich has also been involved in initiatives to test the technology. The company installed Class 3 EFBs on 12 United Airlines 747-400s used on South Pacific routes as part of a multiphase initiative sponsored by FAA and aimed at testing in-trail procedure using Honeywell’s Smart Traffic application.

In addition, Goodrich deployed its SmartDisplay Class 3 EFBs on the US Airway’s Airbus A330 fleet to demonstrate the economic, safety and environmental benefits of ADS-B.

âž¤ IMS Flight Deck, based in Brea, Calif., said it delivered its SkyTab 3201 8.4-inch Class 2 EFB to FedEx for its ATR fleet in late 2010. IMS said it is working with FedEx to include electronic carts on the EFB in “the near future.” Also, the company delivered the SkyTab 4201, 10.4-inch Class 2 EFB to Horizon Air earlier this year. The company said it is working with Horizon Air to expand the system’s functionality through use of the EFB cellular connection to manage fleet content and configuration through the IMS Flightline Ground System infrastructure.

âž¤ AirAsia in January said it will install the EFB system from Flight Focus, of Singapore, on its fleet of A320s. The Flight Focus Platform system includes e-charts, Iridium satellite messaging, a Web-based portal and flight tracking. 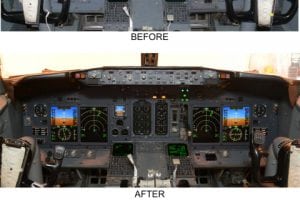 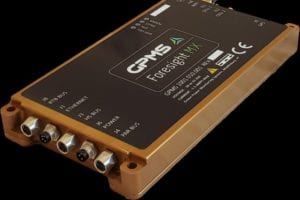 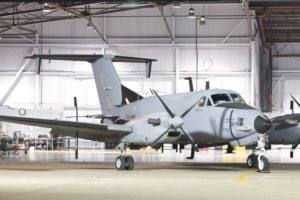