The holiday season tends to be a quiet one at the office, straining the skills of the constant newsgatherer. But over the transom this time came a significant piece of news regarding the venerable Traffic Alert Collision Avoidance System (TCAS), first reported online by The Wall Street Journal based on its tracking of the Federal Register, and soon thereafter by this publication.

In a notice of proposed rulemaking published Dec. 27 in the aforementioned register, FAA proposes an airworthiness directive (AD) requiring software upgrades to TCAS units manufactured by Aviation Communication & Surveillance Systems (ACSS), the joint venture of L-3 Communications and Thales based in Phoenix. The agency cites “reports of anomalies with TCAS units during a flight test over a high-density airport. The TCAS units dropped several reduced surveillance aircraft tracks because of interference limiting. When the TCAS unit interrogated aircraft in a high-density airport area, some of the targets disappeared from the cockpit display or were not recognized. … This condition, if not corrected, could lead to possible loss of separation of air traffic and possible mid-air collision.”

FAA estimates the proposed AD would affect 9,000 aircraft, costing operators $27 million or up to $3,040 per product. The per-unit cost and estimated two work hours involved in making the fix may not be prohibitive. But the potential of doubt spreading over the dependability of TCAS in the mainstream press or elsewhere is of some concern. As the industry well knows, TCAS has served as the standard for air-to-air surveillance for two decades, and represents the pilot’s last line of defense against midair collisions. The proven system must suffice until ADS-B In traffic displays either enhance or replace it, and that is still very much a work in progress.

ACSS, an industry leader in developing ADS-B In applications, was reserved in its public response to the proposed AD (see page 8). Spokesman Steve Henden said ACSS informed FAA of the system anomaly in June 2009 based on its own flight-testing, and has been working with the agency on this issue since then. The company’s TCAS customers were informed of the software fix more than six months ago, and service bulletins issued.

A detailed explanation of the situation, and the “extreme conditions” that would be necessary for a TCAS unit to drop Mode S-equipped aircraft tracking, is provided in an ACSS Technical Newsletter posted on the federal regulations.gov website. According to this document, FAA’s concern is with ACSS TCAS systems introduced in the late 1990s to comply with Technical Standard Order C119b, which incorporated revised “Change 7” minimum operational performance standards (MOPS) with changes to the system’s Interference Limiting (IL) function.

The IL function was changed to reduce the rate and power of TCAS interrogations in areas of high-density traffic, preventing saturation of radio frequency bands associated with the system. Power limits serve to reduce the TCAS transponder’s surveillance volume in high-traffic areas by decreasing the sensitivity of the receiver and reducing interrogation power.

The IL function will begin to reduce the surveillance volume, ACSS says, when the number of TCAS-equipped aircraft reaches 25 or 30. And “reaching the power limit is not uncommon in high-density areas” such as the Chicago O’Hare, Atlanta, New York and Los Angeles airports, where there can be 70 to 100 TCAS aircraft during peak traffic times. When the power budget limit is reached, “any (aircraft) track that is ignored for track update and acquisition purposes during a surveillance update interval will coast until the next one-second interval,” according to the company.

Bill Carey is the editor in chief of Avionics Magazine. He can be reached at 301-354-1818 or bcarey@accessintel.com. 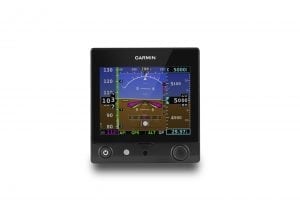