The eXPhone system, which works in collaboration with AeroMobile, will enable passengers to make phone calls and send and receive texts and emails using their own mobile devices onboard. Virgin Atlantic said it will be the first U.K. long-haul airline to roll-out this connectivity service across its leisure fleet.

"Virgin Atlantic likes to be the first in any aspect of technology," Richard Branson, president of Virgin Atlantic, told a press conference Wednesday. "Virgin Atlantic is the best airline in America. We're expanding it as fast as we can." The announcement coincided with Virgin America's 10-year anniversary of flights to Las Vegas. Since its first flight to the city in 2000, 2 million passengers have flown on the airline to Las Vegas.

"I don't think people will be particularly disturbed by phones [in flight,]" Branson said, adding the airline could potentially add "silent zones" on aircraft. 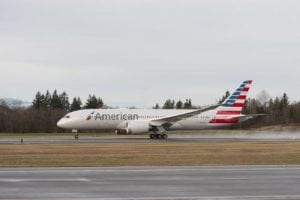