Elbit Systems of America was awarded a $8.2 million contract from the U.S. Marine Corps to supply its Helmet Display and Tracker System (HDTS) for the AH-1W Attack Helicopter. The contract covers the development of retrofit kits to incorporate HDTS into the AH-1W helicopter. Award of a contract for HDTS production kits and installation is expected in September 2010. The HDTS system allows pilots to fly “head out of the cockpit” during day and night operations and combines it with Other Pilot Line of Sight (OPLOS) information. In combination with OPLOS and weapons aiming and targeting information, the HDTS uses flat panel displays superimposed over helmet mounted night vision goggles for the night, and the Day HUD for day display of relevant flight symbology. The system is based on Elbit's ANVIS/HUD which has been in use by U.S. Army, U.S. Navy, U.S. Marines and U.S. Air Force rotary wing pilots since the mid- 1990s. 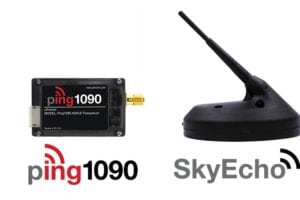 UAV: Manned and Unmanned Aircraft: Can They Coexist?