If Sukhoi Civil Aircraft Company (SCAC) can keep up the pace on a challenging test and certification program, it will begin deliveries of the Sukhoi Superjet 100 to Armenian airline Armavia and launch customer Aeroflot by December.

With the advent of the 75/95-seat regional airliner, Sukhoi Civil Aircraft joins Canada’s Bombardier Aerospace and Brazil’s Embraer as current producers of regional jets. The SSJ100 represents the first Russian airliner designed to meet Western certification standards. Sukhoi at this writing was going through the Russian certification process, with the process and results simultaneously being validated by European Aviation Safety Agency (EASA) inspectors. The aircraft design also takes into account FAA requirements for potential U.S. certification.

Centered around SCAC’s offices in Moscow, the SSJ100 program is global in scope and marks one of the strongest aerospace partnerships so far between Russia and the West.

Sukhoi and Alenia Aeronautica have formed a joint venture — SuperJet International — to market the aircraft in the West and support it globally. Lufthansa Technik of Germany will provide spares support. And if that weren’t enough for international pedigree, Boeing has provided consulting support.

The SSJ100 airframes are assembled in Komsomosk-on-Amur in the Russian Far East, seven time zones away from Moscow, where flight testing is concentrated at Zhukovsky Airfield.

Visitors to Moscow’s International Aviation and Space Show, or MAKS, at Zhukovksy Airfield on Aug. 18-23 will have a chance to see at least two SSJ100 test aircraft, perhaps including a pre-production model if it can be spared from the flight-test program.

In early June, Alexey Gourevich, SCAC vice president and SSJ100 program director, squeezed in an interview with Avionics Magazine despite a harried schedule in the lead-up to the Paris Air Show. At that time, the SSJ100 test program had amassed more than 200 flights and had recently completed natural icing tests in Arkhangelsk on the White Sea. Born in 1967, Gourevich is a graduate of the Russian Academy of Economics and previously worked as director of the Boeing Design Center in Moscow. He spoke by telephone with Avionics contributing editor Ron Laurenzo.

Avionics: How many planes will you deliver by the end of this year?

Gourevich: By the end of this year, we plan to have three airplanes ready for delivery.

Avionics: Do you have an exact date for the first delivery to launch customer Aeroflot?

Gourevich: We haven’t disclosed an exact date yet. We are just saying for now that it will be in December of this year.

Avionics: Could you talk a little bit about the recent tests in natural icing conditions?

We have two flight-test airplanes. The third airplane will be released in the summer and will officially begin flight testing within a month. As of today, we’ve completed more than 200 flights. The tests are going well. Of course, it goes without saying that we’ve run into some complications, some specific kinds of glitches, but so far nothing out of the ordinary.

Avionics: Which will be the full avionics test aircraft?

Gourevich: All the avionics tests are planned for the 95004 — the third prototype — which will conform to a very high degree to the final production model. Soon we’ll receive the certification-ready version of the avionics suite from Thales.

Avionics: Does starting the avionics test flights at that time leave you enough room to finish before December?

Gourevich: The schedule for the test program is very concentrated, especially considering that we’re consolidating testing. That is, we’re conducting a whole bunch of different tests on a single flight instead of just one per flight. That’s why I was a little late for our talk. I was in a meeting about flight testing during which we went over the most recent test schedule. So far, our projections [have proven correct] and we’re optimistic looking into the future that we’ll successfully conclude the flight program.

Avionics: Could you describe your relationship with Thales?

Gourevich: I can only say one thing. We are very thankful to Thales for all the work they’ve done for us. Like in any program, there have been many complications. But fortunately, having a partner like Thales has enabled us to handle, in a sufficiently calm way, all the new stuff that pops up during development.

And now as we prepare for the pre-certification version of the avionics, we are certain that we’ll achieve the goals we’ve set for ourselves. I really can’t overstate how well our work has gone with Thales.

Avionics: What language do your employees speak with the people from Thales?

Gourevich: All our contacts, and they occur on a daily basis, take place in English. A few of their specialists work here with us. They have an office and technical people in Moscow. And we work very closely with them. Their office is only 2 kilometers from ours, so either they’re working here or we’re over there or we’re talking on the telephone or holding video conferences. So our relationship, especially now, is very close.

Avionics: What are your plans for getting European and U.S. certification?

Gourevich: Concerning certification in Europe, we’re planning on finishing that in the middle of next year. As far as certification goes in the USA, we’ve adopted a pragmatic approach. For starters, we need a customer or at the least a potential customer to have something to talk about. When we get that, we’ll begin planning for U.S. certification.

Avionics: Do you see demand in the United States or in North America for the SSJ 100?

Gourevich: Certainly there is potential demand in as far as we regard ourselves as a competitor to Bombardier and Embraer. So a potential market definitely exists for us there.

At this point, it’s too early to say when we’ll make it to the United States and in what fashion we’ll sell airplanes there. But that’s one of those markets that we see as having an awful lot of potential for us, and we place a lot of hope on it. But at present, we consider our priority markets to be Europe, Russia, Africa and Southeast Asia.

Gourevich: Concerning parts support, there won’t be any difference at all between avionics support and the other kinds of parts or any other service provided by Lufthansa Technik. Everything will be the same. There will be some specific things concerning Thales, but those issues are more of our internal concern and won’t affect the customer.

Avionics: What are your plans for displaying the aircraft at MAKS?

Gourevich: We are going to show two airplanes. At least, those are our plans today. It’s absolutely possible that things can change. But at the moment we’re planning to display two aircraft. We hope to showcase the third prototype, which will be fully outfitted [as a production model], in contrast to the purely test aircraft at Le Bourget.

Avionics: But you’ll probably still be flight testing at the time of the Moscow air show, right?

Gourevich: That’s why I’m saying that at present we plan to show the third and fourth planes at MAKS, but that will depend on how the flight tests are going and whether or not we have any surprises. Of course, these plans can change.

Russia’s Sukhoi Co. made progress toward its goal of "sustainable growth" in June by announcing two large commitments for the Sukhoi Superjet 100 during a Paris Air Show that will be remembered more for its scarcity of aircraft orders.

On June 16, Sukhoi Civil Aircraft announced a contract with Avialeasing, of Perm, Russia, for 24 SSJ 100/95Bs, valued at $715 million, and a letter of intent from Malev Hungarian Airlines for 30 SSJ 100/95s, potentially worth $1 billion. The contract with Avialeasing, negotiated during the Farnborough Airshow last year, brought to 122 the number of firm orders for the Superjet 100.

In a press briefing one day earlier at Paris Le Bourget airport, Mikhail A. Pogosyan, general director of Sukhoi Holding Co., spoke of the Russian industry strategy of achieving a balanced commercial and military aircraft portfolio, with the Superjet 100 representing the commercial spearhead. The goal, he said, is to be 40 percent commercial and 40 percent military, with 20 percent of business in the services segment.

This year’s Paris Air Show marked both the Western debut of the Superjet, and the first time former rivals Sukhoi and MiG presented as a "united business unit" under joint stock company United Aircraft Corp. (UAC). In January this year, Pogosyan was appointed general director of MiG to shepherd the company’s integration into UAC.

Cooperating within the Military Aviation unit of UAC, MiG and Sukhoi have a combined backlog worth $8 billion, Pogosyan said. They can offer two "4++" generation fighters — the MiG 35 and Sukhoi Su-35 — while work continues on Sukhoi’s fifth-generation PAK-FA fighter program. The MiG 35 is competing for India’s coveted, 126-aircraft Medium-Range Multi-Role Combat Aircraft competition. "Now the fighter market is leveling and the domestic (Russian) demand is growing," Pogosyan said. "That brings Sukhoi and MiG an opportunity to offer our products and keep the growth quite stable. While keeping the full position in the world fighter market, we are gaining growth right now in the domestic market."

The briefing was conducted in Russian, with English translation provided by Olga Kayukova, Sukhoi director of communications.

While Pogosyan gave a big-picture overview, he emphasized the Superjet 100 program and deferred questions about the anticipated public debut of the PAK-FA fighter. Sukhoi has grand ambitions for the 75/95-seat regional airliner, saying it plans to capture 20 percent of the world regional aircraft market by 2025. Moreover, it sees the SSJ100 program as bridging the gap of the current worldwide recession.

The company expects to have a backlog of 150 firm orders for the Superjet by year-end, and to ramp up production to 70 aircraft a year.

"Speaking of the market base, I want to state that it is quite favorable for us that by the end of the (economic) crisis, Sukhoi Superjet 100 will be under operation. So we’ll have a proven product on the market," Pogosyan said. "At the same time, the Russian domestic fighter market is growing, so we can successfully balance these two segments we’re working in."

Sukhoi brought one of two flight-test aircraft to Le Bourget; a third was expected to join the flight trials in July. Pogosyan said 13 aircraft were in production at the Sukhoi manufacturing site in Komsomolsk-on-Amur in the Russian Far East. The first four production aircraft are slated for Armavia Air Co., of Armenia, and launch customer Aeroflot, with deliveries starting in December. Predictably, Pogosyan was asked about the prospects of selling the Superjet 100 in the West. The program, he pointed out, already has a Western buyer — ItAli Airlines, of Pescara, Italy — whose order for 10 Superjets was announced at the 2007 Paris Air Show.

Asked if he was "proud" the Superjet had made it to Paris when other, more celebrated aircraft such as the Boeing 787 had not, Pogosyan said, "Certainly I am happy that we are sticking to the plan that we earlier declared, that we are stably moving forward. Several years ago we talked to you and there was no plane. Now you see the airplane is here."

The briefing broke up just in time to see the inaugural flight of the Superjet in the West, a milestone accomplished despite the intermittent rain at Le Bourget. —Bill Carey 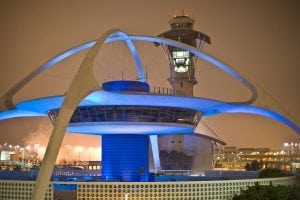 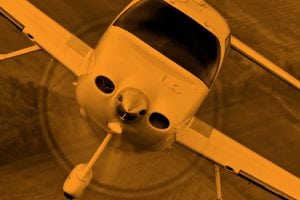