As airlines consider adopting EFBs, it is often the benefit of one or more software applications that makes the difference in the business decision to go ahead with a significant capital expenditure.

EFB software can reduce operating costs and boost productivity, and many hardware and software vendors believe airlines will continue to install EFBs in both forward fit and retrofit situations despite the global economic downturn.

Just which software benefit is likely to appeal to a particular airline is as varied as the types of operations airlines engage in.

Another key factor is the age and composition of an airline’s fleet of aircraft. What works best for a start-up carrier is unlikely to work as well for a major airline that has been operating for decades, for example.

A variety of software for airline use is available from a wide range of vendors, including the manufacturers of aircraft, EFB hardware suppliers and third-party software vendors. Some of these same companies serve the needs of business jet operators as well.

Boeing Commercial Airplanes, for example, provides a fully integrated suite of software for the Class 3 EFBs it is offering as an option on the Boeing 777, 737NG and 747-8.

EFBs are also standard equipment on the 787 Dreamliner and are being retrofitted on some 747-400s, 757s and 767s, according to Bob Manelski, Boeing director of crew information services. While the Class 3 (fully installed avionics version) of EFB is only offered as an option on the 777, 75 percent of these aircraft rolling off the production line are equipped with the systems.

The software suite includes everything from a takeoff and landing performance calculator to a document browser to Jeppesen charts and airport moving map with "own-ship" position.

The airport moving map is considered a major enhancement to runway safety by FAA and the industry-led Commercial Aviation Safety Team (CAST). One of the most popular applications is an electronic log book developed by Boeing. There is also an electronic flight folder containing all the navigation and weather data for a particular trip.

The performance calculation tool has benefits that appeal to many airlines. For example, more precise takeoff performance calculations allow for more frequent reduced thrust takeoffs, a procedure that reduces the need for engine maintenance. And if an aircraft is waiting in a long line for takeoff and the tower asks the pilots if they can accept an earlier departure at a runway intersection and a shorter takeoff distance, the crew can quickly determine if aircraft performance capability will allow them to accept this clearance.

Digital charts for EFBs are provided by three main suppliers: Jeppesen (a Boeing subsidiary), Lufthansa Systems (provider of the Lido digital chart product) and MapTech (using charts from FAA and the U.S. military).

Jeppesen provides charts and airport moving map with "own ship" position software to Boeing for Class 3 systems, and it has developed its own software "framework" for Class 2 EFBs that allows third-party software developers or airlines to add applications that plug into the framework.

Jeppesen electronic charts are being used by Qantas on its new fleet of Airbus A380s as well as on Boeing aircraft such as KLM’s 777s. In all, there are 200 airline aircraft in service with the Jeppesen approach and terminal charts as well as airport moving map capability displaying "own-ship" position. The Jeppesen products are optional on the Boeing 787.

Lufthansa Systems, meanwhile, has developed electronic charts, Lido eRouteManual and the Lido eFlightBag with a full range of EFB software. The business unit works closely with Lufthansa, which has been using Lido software on its Class 1 EFBs for the past six years. Now that Lufthansa is planning to shift to Class 2 EFBs, Lufthansa Systems is improving the software suite to run on the Class 2 installation.

The Lido eFlightBag includes the Lido eRouteManual chart software, takeoff and performance modules, weight and balance, crew planning, navigation log, electronic flight folder, document management, flight following and other applications. But one of the key aspects of Lufthansa Systems approach is that the EFB software integrates seamlessly with the ground infrastructure to tie all ground-based systems, crew systems and document management systems together. "These applications help reduce costs or increase productivity," Szepan said.

Some aircraft manufacturers lean too heavily on the cockpit aspects of EFBs, Szepan said. Tying into the ground infrastructure is a more holistic approach, he added.

"What is really important is that we offer an EFB solution that is independent of any aircraft manufacturer and that is (developed) independent of any EFB hardware," Szepan said. The Lufthansa business division works with 160 different airlines.

In addition to software provided by aircraft manufacturers and electronic chart suppliers, there are independent software vendors serving the market such as Aircraft Management Technologies (AMT) of Dublin, Ireland; InfoTrust Group of Irvine, Calif.; and Ultramain Systems Inc., of Albuquerque, N.M.

AMT is a start-up founded in 2000 by software specialists with extensive airline experience. The company’s first product was "eTechlog," an electronic version of paper-based technical logs on aircraft. This single product grew into a software framework named "Flightman," which connects aircraft to ground-based airline infrastructure, with forms and workflow tailored to each individual airline.

"What we are dealing with is the ‘connected’ aircraft," said AMT Chairman Aidan Gallagher.

AMT now offers a full range of EFB software applications, with Microsoft Windows serving as the standard platform. The latest application, introduced in July 2008, is a fuel performance analysis tool that arrived on the market just as jet fuel prices soared to painfully high levels.

AMT provides software to airlines for use on Class 1, 2 and 3 EFBs. It has been working with about 20 airlines in the last few years. "A lot of our work involves not just replacing paper with electronic means, but we enable technology to streamline operational processes around the aircraft," McGoldrick said. The company’s products work with all types of EFB hardware on the market and with all types of airliners. AMT also reported an increasing level of demand from business jet operators.

"EFBs are still in a relatively early stage of adoption, but there is much better awareness of the EFB’s return on investment," McGoldrick said. "The market has developed more slowly than we had hoped for, but it has matured in the past few years."

As a result, AMT is working on a new product concept that will deliver software as a service or a "rental type" business model. This should allow an airline to get up and running quickly without having to earmark something like a half-million dollars or even twice that in capital expenditure just to get started. "We are just about to launch it," Gallagher said earlier this year.

AMT says many airlines are finding an initial trial of EFB software is the way to get started in a cost effective manner, before launching a full-scale implementation. When it comes to making a business case, AMT said some of its customers are saving $200,000 per year per aircraft. One of the reasons for this, said McGoldrick, is that prior to EFBs connected to databases on the ground, airlines had no feedback from where business was actually happening — on the airplane.

"It would be like running a manufacturing business (without enterprise software) and hearing two weeks later what was made," he said.

Ultramain Systems, Inc. (USI) got started in the asset and maintenance software field in 1985 and has installed maintenance management software for 24 different industries.

"A large part of the product keeps track of all that," said USI President Mark McCausland. The result is a repository that can be audited by regulatory authorities. "Paper is so difficult. But as soon as a pilot presses ‘save’ (with USI software), it locks down that entry," he said.

USI’s experience in the aircraft maintenance field means that its EFB product running on the flight deck is tied into maintenance tracking and scheduling functions on the ground. Other EFB software products are in development.

One type of software already available is "e-reporting." For example, a pilot or member of the cabin crew can decide to file an air safety report — usually 20 to 70 pages long in paper form. But the electronic system allows the crew to record all the data on the aircraft’s situation, such as position and bank angle, at the touch of a button.

The EFB captures the data from its link to the aircraft’s ARINC 429 bus. Then, completing a 20-page report is a matter of checking off a few boxes and sending it to the ground for analysis.

McCausland said the first airline to receive authorization for use of an electronic technical log was KLM, a USI customer. KLM is using the software on a Boeing Class 3 EFB on the 777. The airline received the final authorization to go paperless last Nov. 1 from the civil aviation authority of the Netherlands.

Another software vendor that entered the EFB arena from the aircraft maintenance angle is InfoTrust Group. The company has experience receiving airframe maintenance data, including wiring diagrams and parts catalogs from Boeing and Airbus, and displaying that data in electronic form to mechanics on the shop floor.

Often shifting from paper to electronic form can take six to 24 months, but InfoTrust does it much faster, McNicholas said.

Using the maintenance product as a starting point, InfoTrust has developed a system that publishes revisions and incremental data to EFBs on the flight deck. Usually updates to navigation charts occur on periodic cycles such as 28 days, and some aircraft manuals are revised quarterly or semi-annually.

But since all data in the InfoTrust EFB software is tagged in an extensible markup language environment, revisions can be published immediately as data becomes available. For example, if an airworthiness directive calls for a new procedure, it can be written and published as soon as it is approved rather than waiting for a 28-day cycle. 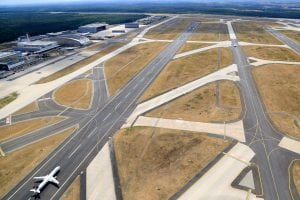 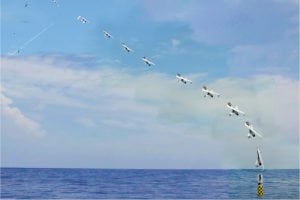 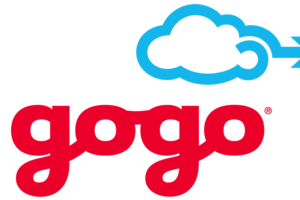