New in-flight data and communications services on commercial airlines in the United States, Asia and Europe are driving development of smaller antennas with greater functionality for both data and voice. At the same time, Ku-band systems and their associated antennas are gaining greater prominence beyond their usual applications in business aviation.

"We see a large appetite, even though commercial aviation is suffering," said David Mansour, chief technology officer with Starling Advanced Communications, Yoqneam, Israel, speaking of new airborne broadband services from companies like Aircell and Row 44. "We feel this is a sustainable market because customers want voice and data, and there are more trials planned for 2009."

Between airlines including Delta, American, Virgin and United, Aircell, for example, expects to have 1,200 airplanes equipped with its Gogo in-flight Internet service by year’s end.

In-flight Internet trials and installations began last summer with American Airlines, followed by both Delta and Virgin toward the end of 2008.

In February, Alaska Airlines launched a 60-day trial of the Row 44 wireless in-flight Internet service on its Boeing 737-700s. After the trial period, the airline will determine the schedule for rolling out commercial service to its entire fleet. Row 44, of Westlake Village, Calif., provides the satellite broadband service; AeroSat, Amherst, N.H., provides the antenna and RF components for the system. Another trial of the system is underway with Southwest Airlines.

In January, Aircell, of Itasca., Ill., started retrofits with Delta of one to two aircraft per night. Aircell is doing the work with its own team of about 20 technicians stationed at a Delta maintenance hangar in Atlanta, according to Joe Cruz, Aircell chief technology officer. About 60 Delta aircraft had received the retrofit as of mid-March.

The work begins at 11 p.m. or midnight, and carries through until dawn. First, the team peels off certain panels around the aircraft, particularly in the cargo area, to check for corrosion, because any defects must be repaired before the work continues. Two air-to-ground antennas are affixed to the aircraft’s belly, and a single combination personal communications services (PCS) and GPS antenna is installed on top of the fuselage.

The PCS part of the antenna is used for loading content from the ground. All three antennas are blade antennas manufactured by Comant Industries, of Fullerton, Calif., which is part of Cobham.

"The fuselage antenna is a dual-element antenna with two poles that can take advantage of space diversity so we can receive and transmit multiple signals a few wavelengths apart," said Cruz. Most of the antennas Aircell uses are from Comant, he said, but the company also buys antennas from Til-Tek, of Kemptville, Ontario, Canada, and Jaybeam Wireless, of Wellingborough, U.K.

"In our business, we not only use aviation-type antennas but also ground antennas for our base stations," Cruz said. "We give our vendors detailed specifications for each antenna and work with them to come up with an antenna that is acceptable in terms of size and weight, and which can be built. Performance is always a function of size, and in aviation, size is always a premium so we end up, at best, with a compromise. It takes a while to come up with the best compromise."

While Aircell is doing the installation for Delta, it is only providing installation training and support to Virgin, which is doing the retrofits over a longer period of time when its aircraft come in for routine maintenance, Cruz said.

For its next-generation Gogo antennas, Cruz said he hopes to cut down on the compromises while still improving gain and reducing size. "This business is a little bit like an art... translating a paper design to something that can be manufactured is a challenge. The next antennas will have better performance and hopefully will be smaller."

And regardless of the trade-offs that have to be made, they can’t apply to reliability. "Reliability is another major factor, especially in commercial aviation. There is always a performance clause (in contracts with airlines) and we guarantee a certain level of availability. If the antenna goes down the broadband service becomes unavailable, so we need the highest possible reliability," Cruz said.

Ease of maintenance is yet another important aspect for the antenna. Because they are large and located on top of the fuselage, Inmarsat antennas, for example, can take a day to replace. So it is important from a maintainability standpoint to design antennas so they impact revenue service as little as possible.

With in-flight voice services gaining ground for commercial flights outside the United States, antenna manufacturers are responding with designs specifically geared to voice, which differ somewhat from those designed for data.

"The challenge with voice is that it is a real-time issue," said Starling’s Mansour. "The bit rate for voice is not as big as it is for data, but because it occurs in real time you need a wider bandwidth and faster response to provide good service.

"Now we’re seeing the market asking for higher power and a bigger antenna to receive at a higher bit rate, and also be able to take advantage of less expensive satellites so overall cost is lower in terms of service. The challenge with the antenna is to provide the data rate without having to pay for a more expensive satellite service."

One of the ways to meet such criteria and to maintain a low profile is to combine multiple antennas under the same radome. That’s what Starling does with its MIJET Ku-band satcom antenna, which is designed to take advantage of lower-cost communications.

"The L-band is already jammed with capacity," said Jacob Keret, Starling vice president of marketing. "There are lots of Ku-band satellites that are not at 100 percent capacity, so the combination antenna gives you good service at reasonable cost."

"The Ku-band satellites are arranged around the equator at two-degree spacing," said Frank Blanda, AeroSat chief technology officer. "To communicate with them, the antennas require narrow beam width and low side lobes. As an aircraft flies farther north, it has to look farther down, which gives the advantage to mechanically steered antennas versus phased array antennas like those used by the original Connexion by Boeing service, now discontinued.

The AeroSat antenna being used for the Alaska Airlines and Southwest trials is designated HR6400. It is a mechanically steered, lens-horn design with 64 radiating elements arranged in two arrays of 32. AeroSat says it can maintain constant performance from -10 degrees to +90 degrees of elevation. The below-zero elevation capability will make it possible to retain a signal lock if the aircraft banks away from the satellite when it is close to the horizon.

Because of such capabilities, antennas for Ku-band satellites tend to be more complicated and expensive to purchase initially, but they pay dividends over the long term because of smaller, recurrent satellite service fees.

There’s a third category besides in-flight data and voice where antennas play an integral role. That would be live television, and many airlines are following JetBlue’s lead in offering such entertainment to their passengers.

Just like antennas that are designed specifically for data differ from those designed for voice, antennas for television are subtly different in their own right.

KVH Industries, of Middletown, R.I., is one of the antenna companies benefiting from ESPN availability at 35,000 feet. KVH in February 2008 signed a $20 million, multi-year contract with LiveTV, Melbourne, Fla., to provide a next-generation in-flight satellite television antenna. The contract award signified KVH’s entrance into commercial aviation.

As Avionics magazine went to the printer, the development phase of the aeronautical antenna, an evolution of KVH’s "TracVision" mobile satellite TV technology, was complete and the product was in qualification testing, said Bob Balog, KVH senior vice president of engineering. First shipments were scheduled to Continental in early summer.

The 5-inch-thick antenna is designed to receive television transmissions from the DirecTV satellite service. It is based on an antenna designed for marine and land-mobile applications.

The engineering challenges in modifying the antenna for aviation use were not enormous, according to Rick Driscoll, KVH’s director of product line management for satellite products, or at least not as difficult as designing a satellite antenna for a 72-foot Viking yacht powering through 12-foot seas.

"The most difficult part was the material aspects of migrating to a -65 degree environment," he said. "The antenna is under a vented radome and has to withstand the temperature range, de-icing fluid and humidity."

The key is to design such a system for manufacturability, serviceability, reliability and ease of installation. "We don’t want to worry about going back and carrying baggage for that product," said Brent Bruun, KVH vice president of business development and satellite sales.

Blanda said the same issues are being addressed at AeroSat. "One of our goals for the coming year is to develop test stands to get the tests down to one day per antenna by automating the entire test process," he said.

Following are some recent developments announced by manufacturers and suppliers of aircraft antennas.

NovAtel, of Calgary, Alberta, Canada, through its Antcom subsidiary, has developed an ARINC 743 wideband antenna for Global Navigation Satellite System (GNSS) applications. Bruce Chrumka, NovAtel product manager of enclosures and antennas, said the new series of antennas is capable of picking up not only signals from GPS and Russia’s GLONASS satellite constellations but also from Europe’s Galileo constellation when it comes online and the Chinese constellation Compass. Chrumka said the ability to receive signals from several constellations is a capability customers want, and that capability is designed to make these antennas "future-proof." The antennas will eventually supersede the dozens of antennas already in NovAtel’s parts list, Chrumka said. 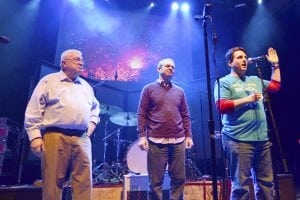