The "office in the sky" concept as it applies to business jets has been talked about for almost as long as there have been business jets in the sky, but in the past few years the reality of an executive being able to accomplish in the corporate jet aloft all that can be accomplished in a corporate office is just now beginning to be realized to its fullest potential.

The options for customizing business jet cabins fall into two general categories: work-related communications and entertainment. However, as with many things digital, the two are frequently related and most digital devices apply to both.

Email, fax, high-speed access to the Internet, cell phone and BlackBerry use, Blu-Ray DVD, high-definition video monitors, iPod docking stations — all of these are to some degree now available or will be available soon to business jet users, depending on the size of the aircraft and how much the operator is willing to pay.

Discussions with various business jet modification centers and software and hardware providers reveal several common trends when it comes to customizing a cabin, whether it be for a new jet or a refurbishment.

"We’re right at the cusp of the new generation of technology. It’s just now happening," said Steve Elofson, avionics installation sales manager with Duncan Aviation, Lincoln, Neb. "... Our most popular request right now is for iPod docking stations. If a customer is coming in for other work they will say, ‘Could I just get one of those docking stations?’ And the ability to place an iPod in one docking station in the cabin and transmit the audio or video output seamlessly to all the video screens in the cabin is key for a lot of customers."

So is 802.11 standard wireless Internet (Wi-Fi). "When you talk about data, people expect Wi-Fi," Elofson said. "That’s a problem because it has to be done with an STC, which is a long and expensive process. Each STC has to be done on an individual, case-by-case basis. So we’ll steer them to Aircell, which has Wi-Fi ready to go."

Elofson described the in-flight broadband technology from Aircell, Broomfield, Colo., as "revolutionary." BlackBerrys, laptops and portable gaming systems that are Wi-Fi-enabled will all work with the Aircell system.

"It’s truly a high-speed data, three megs per second, domestic-only service using ground-based stations," Elofson said. "The airlines have been installing it but a bizjet version will be available mid-year. It will be huge."

Customers opting for a cabin entertainment or workstation upgrade typically do so in conjunction with other interior modification work, said Elofson. It’s an ideal time. The aircraft interior is already dismantled, allowing easy access for installation of new wiring and hardware.

One way to approach customizing a cabin is to consider a cabin management system (CMS). Honeywell offers the "Ovation Select" system, unveiled last October at the National Business Aviation Association convention in Orlando. Bill Rowell, manager of technical sales for Honeywell’s CMS business, makes a distinction between "cabin productivity" and "cabin entertainment," although the Ovation CMS supports both.

"The cabin systems closely follow consumer electronics, but of course require extensive FAA testing," said Rowell. "But many people feel, ‘I’ve got it at home so I want it in the airplane.’ And the technology changes about every six months."

Rowell points to several advantages of Ovation Select, which was developed with Rosen Aviation, providing wide screen, high-definition displays, and Alto Aviation, of Leominister, Mass., supplying the audio system. The CMS is based on an open, modular architecture with Ethernet backbone. If one component fails — say, a flat screen — then it can easily be replaced without having to change any of the additional components in the system or the connecting hardware.

The Cabin Interface Unit (CIU) serves as the heart of the Ovation system. Available with eight, 16 and 24 ports, the CIU offers 1000BaseT, 100BaseT, and USB ports to bring together all the various cabin components.

The various electronic amenities in the cabin are controlled by the CMS in one of three ways: a 4.3-inch or 2.4-inch Passenger Control Unit, an 8.9-inch touch screen display, or an off-the-shelf Phillips wireless remote.

Later this year, Honeywell will offer a next-generation Moving Map display with 3-D capability. It will include the ability to display the aircraft from the outside on one of the cabin video displays. The company also planned to make available an iPod docking station in the second quarter. Currently Apple is the sole supplier of docking stations.

Convergence in cabin management terms is the ability to accomplish everything — email, Web browsing and gaming — in one system. As with Honeywell’s Ovation system, Venue employs a scalable architecture with an Ethernet base and offers the following:

Venue will debut on the Cessna CJ4 in 2010 and is slated for service on the Hawker 450xp and King Air.

"With the Venue system we’re directing our efforts toward OEM customers. It’s a big step forward," said Mohr. "There’s also a great opportunity with the retrofit market and we’re now working on an aftermarket plan," he added. "It’s interesting how the big change over the last few years has been adding more and more content to the aircraft on the lower end of the market, such as the King Air 350i. That’s been quite a welcome change for us. Why would you deny the high-end capability there? Even though those flights are shorter, you still want what you have in your car."

Mohr made one more important point: In today’s highly competitive and abundant used aircraft market, cabin technology can be a true differentiator in perceived value and price. "Increasingly so," he said.

Hogge relayed a familiar story. "There will always be issues when you’re integrating new technology with older business jets," he said. "It’s definitely a challenge for us to get older technology to work with the new technology. We do the best we can, but at some point we have to replace the original source equipment."

Hogge noted the current economy and its impact on the market. "Customers are a little more cost conscious now as discretionary money tightens up," he said.

At least for now, high-speed datalink service is reserved for large corporate aircraft, mainly because the size of the antenna limits it to top-end aircraft such as Gulfstreams, Challengers and large Falcons, said Mark Wilken, director of avionics sales for Elliott Aviation, Moline, Ill. And at $300,000 to $700,000, entry-level broadband service is costly using the equipment currently available.

The service can be fitted in a King Air or a Global Express or anything in between. Two small, dual-polarity antennas manufactured by Comant Industries, Fullerton, Calif., are mounted on the bottom of the aircraft.

"It’s a game changer," Geist declared. "The light and small equipment we use is the secret to making it fast, like a DSL line."

The Aircell system is designed to use the existing wiring and component locations of older generation MagnaStar telephones, reducing down time for the aircraft. With a base price of about $45,000 uninstalled, according to Wilken, it’s a very affordable system.

"We do a lot of high-end turboprop business jets, and our customers have been waiting for this for quite some time," said Wilken.

The speed and reliability of airborne satellite communications depends in large part on the capabilities of the satellite system. The competing Inmarsat and Iridium systems offer different benefits for aircraft operators.

The SwiftBroadband service from London-based Inmarsat offers both voice and broadband data up to 432 kbps per channel.

"That’s about as fast as you can get right now," said Bill Rowell, manager of technical sales for Honeywell cabin management systems.

"You will never get a true broadband connection in the air because of limitations with the satellite systems," he added. "But they’re getting faster."

Third in the I-4 constellation, the Americas satellite was launched Aug. 18, 2008, from Baikonur Cosmodrome in Kazakhstan. The commercial activation was completed when all Broadband Global Area Network (BGAN) land mobile, FleetBroadband maritime and SwiftBroadband aeronautical traffic was transferred to the new satellite.

Entry into service "marks the completion of the first major step in a series of maneuvers which, in just seven weeks, will result in full global coverage for our unique broadband suite of services," Michael Butler, Inmarsat president, stated at the time.

The new Inmarsat satellite will mean more comprehensive and faster broadband coverage. "When Inmarsat launches its new service, there will be more options," said Rowell.

The attraction of Iridium, with its relatively modest data rate of 2.4 kbps, has been the lower cost of the avionics needed to communicate with the constellation’s 66 low-earth-orbiting satellites, providing global coverage. Steve Elofson, avionics installation sales manager with Duncan Aviation, said the Iridium system is truly worldwide, while Inmarsat tends to have spotty coverage near the polar regions.

Iridium usage is fast-growing. Announcing third-quarter 2008 financial results in December, Iridium Satellite LLC, based in Bethesda, Md., said its subscribers had increased 37 percent from the prior year to 309,000. The company said it experienced revenue growth in its land-based, maritime, aviation, machine-to-machine and government segments.

"Iridium is the most popular because of the lower cost in terms of operation and equipment," Elofson said. "But the cost gap is narrowing between the two services. However, Inmarsat, because the antennas are bigger, is more appropriate for larger aircraft." —Clifton Stroud 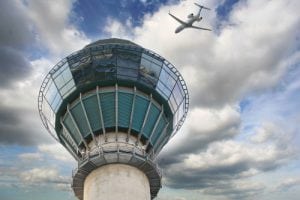 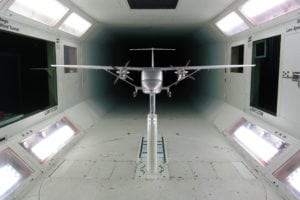 Avidyne Gets European, US Approvals on AXP340