The recession in the global economy is casting a shadow over the airline industry and its growth potential for the coming year. Despite sharply lower oil prices, economic stagnation threatens airlines’ delicate balance sheets and could restrain avionics equipage plans.

New avionics — data links, displays, GPS Wide Area Augmentation System (WAAS) receivers — promise to make flight operations safer and more efficient. But exactly what will be required in the future, and how much that equipment will cost, are weighing heavily on the industry. For their part, avionics OEMs are issuing cautionary messages about the coming year and in some cases instituting layoffs.

U.S.-based air carriers launched a series of cost-saving measures in 2008, including capacity reductions, network realignments and charging fees for services such as checking bags. With passenger demand expected to be weak through this year, experts say airlines are likely to maintain those cuts.

Last year turned out to be more difficult than many in the industry had anticipated. Oil prices skyrocketed to historic highs, the U.S. stock market plummeted and the credit market tightened.

Fuel expenses have risen to between 35 and 50 percent of an airline’s operating costs. Stung by high oil prices, which peaked at more than $147 a barrel in July, airlines were braced for the wider economic fall-out that followed.

"Carriers were adjusting their business models and their capacity to survive at $100-plus-a-barrel oil," said Basil Barimo, vice president for operations and safety with the Air Transport Association (ATA), which represents major U.S. airlines. "Carriers are trying to position themselves to have sustainable profits and be able to have something that’s more consistent with all other businesses out there across the U.S., instead of [having] a razor-thin margin and making money every few years.

The International Air Transport Association (IATA) agrees lower oil prices will provide some relief in 2009, but warns the damage of record high prices in early 2008 will be difficult to overcome. In September, IATA revised its predictions for the global airline industry in 2008, forecasting losses of $5.2 billion. This year, IATA sees the industry losing $4.1 billion.

Calyon Securities, in an Oct. 30 research report, said it expected the U.S. industry to lose $3 billion for the full-year 2008 before posting earnings of $5 billion in 2009, with falling oil prices buoying airlines’ performance.

"With sharply falling fuel prices, the U.S. carriers are in a good position to return to profitability following the capacity reduction steps that they have been taking. However, risks remain high through the next 12 months as we see how long and deep the recession will be," Calyon said. "The carriers have positioned themselves such that they should be able to survive the credit challenges until spring, when traffic demand is expected to increase and we forecast the industry to return to profitability."

The state of the larger economy is dampening the 2009 forecasts of major avionics OEMs. Just days after posting modestly higher profits for its 2008 fiscal year, Rockwell Collins in November announced a cost reduction plan aimed at managing the impact of the economic downturn. The company will reduce discretionary spending, lay off about 300 employees and delay 2009 merit increases for management and the majority of employees for three months.

"Like many other companies, we’re dealing with significant challenges in meeting our business objectives. These challenges include air travel declines resulting from the weaker global economy, delays and cancellations in several government programs, and the prolonged Boeing strike," said Clay Jones, Rockwell Collins chairman, president and CEO.

"We’ve had to make some very difficult decisions in order to align our infrastructure and spending to market realities. These carefully considered actions are critical to the long-term success of our company and balance the best interests of our customers, shareowners and employees," he said.

In a November discussion, Honeywell officials said the company had not yet seen a significant impact from the worsening economy. They said Honeywell continued shipping products to Boeing during the machinists strike, but had "realigned our schedule to Boeing’s requirement."

France’s Thales, in its third-quarter 2008 earnings report, said it was experiencing a "positive business trend." But the company noted a "particularly uncertain and chaotic economic and financial environment" and said "the first signs of a slowdown in the market for aerospace spares can be observed."

But equipping for NextGen has been relatively slow as airlines wait for FAA to specify requirements for ADS-B in particular, and to address funding concerns. ATA estimates it will cost the U.S. airline industry upward of $20 billion over the next two decades to equip for NextGen.

In the meantime, some airlines are implementing tenets of the NextGen vision. Carriers including Southwest Airlines, WestJet, Alaska Airlines, Qantas, Air China and others, have invested millions of dollars in equipping for RNP.

Tighter approaches into and departures out of airports have been shown to reduce emissions, noise, fuel consumption and costs — key pluses for the airlines.

"When you can trim a minute or two off every approach in and out of an airport, the fuel savings are significant," Barimo said. "They’re more significant at $140-a-barrel oil than they are at $80-a-barrel oil, but they still are very significant. We’re talking industry-wide, potentially hundreds of millions of dollars [saved] annually."

FAA is funding evaluations of key safety capabilities needed for NextGen. The agency is providing $600,000 each to SkyWest, Piedmont, US Airways and Southwest to invest in surface moving maps with "own-ship" position displayed on electronic flight bags (EFB) for operations at 21 testbed airports. The equipment will be installed in 20 aircraft with each airline by May 15, 2009.

This year also promises to be an important one for ADS-B. In October 2007, FAA issued a Notice of Proposed Rulemaking that would require aircraft to be capable of ADS-B "Out" — the ability to broadcast their own position — by 2020, while deferring a mandate on ADS-B "In," the ability to receive and display other aircraft targets. At this writing, FAA was considering 36 summary recommendations of an Aviation Rulemaking Committee, issued Sept. 26. FAA expected to publish a final rule in April.

"We’re recommending that FAA go back to the rule and look at introducing some changes to procedures that allow us to squeeze more capacity out of the system and at the same time make it even safer," Barimo said. "And once we do this, that capacity translates into reduced delay, and that translates into real savings of [turnaround] time of aircraft, crew, fuel burn and all of those things."

Honeywell will work with pilots from JetBlue Airways and Alaska Airlines to develop requirements, standards and human factors analysis for ADS-B. ACSS is partnering with US Airways at Philadelphia International Airport to equip 20 Airbus A330s with ACSS’s SafeRoute ADS-B software suite, as well as cockpit displays, transponders, antennas, wiring kits and Class 2 EFBs. 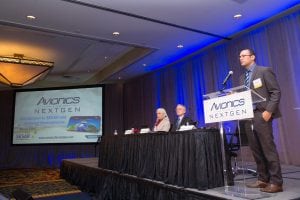 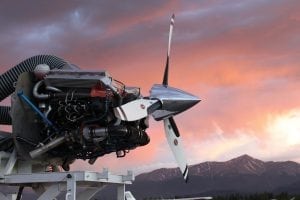