At 35,000 feet, the market for real-time operating systems (RTOS) is embracing the concept of virtualization as a way to wring more functionality out of avionics systems. In that respect, aviation is following in the footsteps of server-based computing in the enterprise world, where virtualization has been led by companies such as Palo Alto, Calif.-based VMware.

Virtualization is a seminal shift in our point of view," said Joe Wlad, director of services, certification and marketing for Lynuxworks, San Jose, Calif.

"Where we used to play in the embedded world with one application, we’re now bringing embedded and desktop applications together. The competitive race is on."

Real-time operating systems provide the translation between the software function and the hardware. In an everyday example, the technology allows an application like Microsoft Word or Excel to get access to computer system memory and hardware resources. In aerospace, a GPS receiver takes advantage of RTOS as it works its mathematical computations based on satellite signals.

"To do computations, the GPS receiver has to juggle operations and the operating system helps it do those tasks in sequential and orderly fashion," Wlad said. "RTOS provides a level of responsiveness greater than the operating systems that we use in our computers in the areas of speed and predictability.

"GPS will compute location and put out positioning information 10 times a second, and it needs to make sure that calculations are being done 10 times a second," he added. "For such an application, you need real-time responsiveness in which you can predict the outcome in a pre-determined fashion."

Such capabilities have been around since the 1970s. There wasn’t much in the way of software on the original Boeing 747-100s and -200s, perhaps an inertial navigation system that had some software. By the 1980s, digital microprocessors and software were running systems, such as display and flight management computers. Each system had its own computer in a federated architecture.

By the 1990s, though, computing power had progressed to the point where one computer system was now carrying out multiple functions on multiple boards — everything from the autopilot to the in-flight entertainment system.

Today, the concept is often referred to as Integrated Modular Avionics (IMA).

"IMA is all about time sharing," said Rob Hoffman, vice president and general manager of aerospace and defense for Wind River Systems, Alameda, Calif. "It provides for a dramatic reduction in size, weight and power. IMA has been in development for a decade and will really take off in a big way with the Boeing 787, with literally 70 to 80 applications from 15-plus suppliers running on a Common Core System."

GE Aviation is supplying the Common Core System for the 787, with Wind River providing its VxWorks 653 RTOS, based on the ARINC 653 specification for partitioned operating systems used in IMA architectures. Wind River also is supplying the VxWorks 653 RTOS for the U.S. Navy X-47B unmanned combat aerial vehicle (UCAV), under development by Northrop Grumman, and for the Dassault nEUROn European UCAV technology demonstrator.

"The 653 RTOS all have the same characteristics for time and space partitioning," Hoffman said. "The RTOS provides memory management and partitioning so each application can be guaranteed the time it needs. The UCAV, for example, couldn’t be built without the size, weight and power reductions possible with RTOS."

Next-generation IMA for systems like the X-47B are often described as multi-core systems.

"Multi-core is going to have a substantial impact on embedded systems for avionics," Hoffman said. "Current IMA systems have a cabinet with 10 boards for one processor. With multi-core, you could reduce that to two or three boards.

"But there are big challenges with multi-core," he added. "The FAA and EASA are both concerned about the use of multi-core in environments that require safety and security in avionics. What are the single points of failure?

"There are a lot of issues, but multi-core is so compelling that we’ll have to solve questions like that."

In the current period of IMA development, RTOS has started to earn its keep, juggling multiple functions and keeping each one in line with the necessary speeds and predictability for each job. Virtualization takes those capabilities one step further with another layer of functionality.

"It adds another layer of abstraction. Now programmers who write applications to run on legacy systems don’t have to re-write them to run on top of new platforms."

The key to both virtualization and next-generation IMA, often referred to as multi-core, is processor power. For example, Freescale Semiconductor, of Austin, Texas, (the former Motorola chip group) recently introduced its QorIQ (pronounced Core IQ) chip, which was the first time a PowerPC architecture could support virtualization.

"I believe other embedded process core manufacturers will do the same thing," said David Kleidermacher, chief technology officer with Green Hills Software, Santa Barbara, Calif. "In the embedded world, such chips give us the ability to combine Linux with a safety critical application."

The technology uses a separation layer to run guest operating systems as usermode Integrity applications. Multiple Padded Cell applications can run concurrently on a single physical computer alongside Integrity and POSIX applications, according to Green Hills.

Kleidermacher sees value, for example, in allowing pilots to run Windows-based Excel spreadsheets on their electronic flight bags (EFB) while the EFB is connected to the primary flight control computer so that some of that information could be passed between the two.

The ability to simultaneously run two different operating systems is expected to lead to a number of strange bedfellows working together.

"The biggest challenge is understanding competitors’ technology in order to support other operating systems," Wlad said. "Now we have to expand our realm of expertise to understand technologies like Linux or Microsoft in order to put their products on top of ours."

That’s the way Lynuxworks wants it — with its LynxSecure operating system being the primary and other applications running on top of it.

"You want to be the rubber that meets the road. We want to be next to the hardware and unify all the applications on our operating system," said Wlad.

The use of virtualization in aerospace has picked up significant steam in the last year, bringing the avionics world of embedded computing closer to the enterprise computing of the desktop world.

"They’re doing enterprise applications for HR management and inventory and we’re doing embedded functions for avionics, but you’re starting to see that there’s no longer such a clear line between the desktop world and the embedded world," Wlad said.

However, Wlad said he believes it will be another 12 to 18 months of proof-of-concept work before virtualization is fully accepted by the aerospace industry.

"Users want to know what are the performance hits if I put my stuff on top of another operating system," Wlad said. "Certainly there are performance penalties if you add another layer of abstraction; there are going to be small overheads that come into play. What we have to do is show that the advantages outweigh the disadvantages."

Though the competitive race is on among companies like Lynuxworks, Green Hills and Wind River, everyone agrees competition must transition to cooperation. Aerospace IT providers are, of course, all looking at Microsoft for that cooperation because as long as the software giant continues to be the world’s largest provider of operating systems and the applications that run on them, its cooperation is necessary for RTOS to live up to its full potential.

In the past, Microsoft has been loath to cede any of its core expertise to companies developing products that work with its operating systems. The industry remains optimistic, though.

"At this point it’s too early to tell how it will shake out," Wlad said. 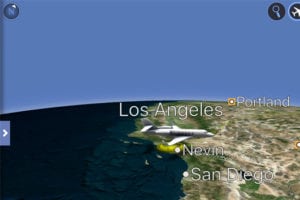