At this writing, all 19 flight- and ground-test aircraft planned under the F-35 System Development and Demonstration (SDD) phase were in production or on the flight line, and assembly had begun on the first two production F-35s, prime contractor Lockheed Martin said. The first flight of the F-35B short takeoff and vertical landing (STOVL) version of the Joint Strike Fighter was anticipated in June, following engine ground testing.

The pieces of the SDD aircraft are being assembled at Lockheed Martin Aeronautics in Fort Worth, Texas.

Among aircraft in the mate stations at Fort Worth was BF-4, the first full avionics aircraft. This will be equipped with primary sensors, including the Northrop Grumman AN/APG-81 active electronically scanned array (AESA) radar, BAE Systems electronic warfare suite and Northrop Grumman communications, navigation, identification (CNI) system. The aircraft will not have the planned electro-optical sensors: Northrop’s AN/AAQ-37 Distributed Aperture System (DAS) and the Lockheed/BAE Electro-optical Targeting System (EOTS).

“BF-4 is the big one for the avionics team. That’s the ‘first-of’ avionics airplane,” said Eric Branyan, Lockheed Martin vice president of F-35 mission systems. “All the other [aircraft] up to there are ‘flight sciences,’ meaning they have the basic backbone of the avionics on them; they have the multifunction display, the helmet-mounted display, INS, GPS and the data bus backbone, but none of the sensors are on board. You don’t need those to do envelope expansion.”

The BF-4 aircraft is expected to fly in the first quarter of 2009. Branyan said new capabilities will be added in progressive blocks. BF-4 is considered Block 0.5.

“Block 0.5 puts the sensors up in the air in the F-35, shows them in a federated sense, kind of like a conventional fighter,” Branyan said. “Block 1 adds the electro-optical sensors and then the [sensor] fusion capability. The real IOC (initial operational capability) kind of capabilities are on the Block 1 airplane.”

BF-4 will usher in a Gen II version of the Vision Systems International (VSI) Helmet Mounted Display System (HMDS) for the F-35, capable of day/night operation with sensor fusion. The latest version, known as the RSV, or Radial Symmetrical Visor, will have a smooth visor, whereas the first-generation display is bifurcated, with a ridge in the middle for a wider field of view.

“We were trying to get a 50-degree field of view, but we found out early in the program, around April of 2005, that the bifurcation is distracting,” Branyan said. “When [pilots] used it for awhile, it wasn’t bad. But the first time you put it on it’s distracting, and the light refracts off it. So we went to a smooth visor that looks more like a legacy one — a Gen II helmet — and that one addressed many of the early concerns of pilot acceptability. We made the optics smaller so they’re less intrusive, we put a much better latching mechanism on the visor to raise it and lower it. So that (helmet) will be available for BF-4.”

In April 2007, VSI announced the first flight of the HMDS on the F-35, piloted by Lockheed Martin’s Jon Beesley. In October, the company said the HMDS had demonstrated high-G performance in flights conducted by the Royal Air Force Center for Aviation Medicine at Boscombe Down, U.K. Test pilots flying modified BAE Hawk T Mk 1 aircraft took the helmet from minus 2 to plus 9 Gs in simulated air combat flights.

Branyan, interviewed in March, said the HMDS had accumulated 1,300 hours of lab time and 30 hours in flight.

“It has not had any what I’ll call system issues,” he said. “It’s worked very well in terms of latency. The stability of the [projected] image is excellent — when you move your head, that image stays rock solid out there. That’s a very tight processing loop … because it has to adjust that image all the time. It follows your head very well.”

The first Block 1-configured F-35, a carrier variant (CV), is expected to fly in the fall of 2009. After that, sensors will be retrofitted onto other aircraft, Branyan said. “Each of them come with a significant amount of capability in Block 1, but it gets better with Block 2,” he said. “By the time you get to Block 3, you have everything you need to do the most stressing missions … offensive counter-air [attack], defensive counter-air and close air support.”

The U.S. Air Force and Marine Corps, he said, will go IOC with Block 2 jets. The U.S. Navy, with a planned IOC in 2015, will likely have Block 3 aircraft.

Weapons integration also will happen in succession. According to Branyan, Block 1 aircraft will be capable of basic engagements using the GPS-guided Joint Direct Attack Munition (JDAM) and some modes of the AIM-120 Advanced Medium-Range Air to Air Missile (AMRAAM). “As you get to Block 2, it’s more modes of AMRAAM. We build up suites of weapons and modes of weapons over time,” he said. “By and large, you have 90 percent of it done by Block 2.”

Other, potential F-35 capabilities and technologies are evolving.

Lockheed Martin this spring was to begin several months of laboratory tests of a cockpit voice command system — the first such system on a U.S. fighter aircraft — in advance of planned flight tests in 2009. Integrated with the F-35 helmet and cockpit displays, the system is envisioned for “housekeeping” tasks, such as changing radio frequencies or navigation modes, Branyan said. It will not be used for flight-critical applications, although it could be. Thus far, only 77 of some 500 possible commands are being used, he said.

The voice command system has been developed by Adacel Technologies Ltd., of Melbourne, Australia, known for its air-traffic management and simulation products, using the “DynaSpeak” speech-recognition software developed by SRI International research institute, based in Menlo Park, Calif.

“The resultant digital recordings enabled the team to study troublesome phrases, as well as the impact of environmental factors on acoustic characteristics,” AFRL said in March. “While ambient cockpit noise degrades the quality of spoken commands entering the recognition system, which could cause errors of misinterpretation or misunderstanding, acceleration up to approximately 6 G have little effect on the system’s performance.”

Under consideration for later in the flight-test program, possibly for Block 3, is electronics cooling technology developed by the Dutch National Aerospace Laboratory and industrial partners in the Netherlands. Derived from cooling technology used in satellites, the heat-pipe design would cool the aircraft’s mission systems processors.

“Cooling avionics is a real challenge, especially the processors. Anybody who’s looked at the processing domain sees the COTS manufacturers like Intel and AMD are going to dual core or triple core [processors]. These processors make a huge amount of heat,” Branyan said.

“On each of our integrated core processors right now, we have eight processors integrated on each card,” he explained. “Each of them is about a 1.2 Ghz-class processor, which is about half the speed of what you can get out in the COTS environment today, but they’re about 14 watts.

“So we can safely get that 14 watts, times eight, off each card by a cold-plate cooling architecture, and that means you don’t have to have flow-through cooling or any kind of other complicated mechanism to cool the processor.”

-- The U.S. Department of Defense authorized the release of $2.2 billion to purchase six F-35As, with provisional approval to acquire six F-35Bs, in the second phase of Low-Rate Initial Production (LRIP), Lockheed Martin said in May.

The F-35A conventional takeoff and landing (CTOL) version goes to the Air Force; the F-35B short takeoff, vertical landing (STOVL) version is for the Marine Corps. The LRIP I contract for the first two F-35A production aircraft was finalized in July 2007. Long-lead funds of $197 million for LRIP 3 were released May 14 for at least 18 additional F-35s.

-- On April 18, BAE Systems test pilot Graham Tomlinson, who will be the first person to fly the F-35B STOVL variant, throttled the aircraft’s Pratt & Whitney F135 engine to full military power (non-afterburner) in two consecutive tests. First flight of the BF-1 STOVL aircraft was expected in June. The engine runs were part of the F-35B’s first comprehensive systems checkout on the aircraft’s own power.

-- Fokker Elmo of the Netherlands and Lockheed Martin in mid-April announced an agreement, potentially worth $2 billion, identifying Fokker Elmo as the supplier of F-35 wiring harnesses.

Fokker Elmo, a unit of Stork Aerospace, will provide production capabilities, support and engineering during the aircraft’s LRIP phase, and work with Lockheed Martin to support full-rate production. The agreement was described as the largest Dutch industrial cooperation agreement to date on the Joint Strike Fighter program.

Mechanics from Lockheed Martin, Pratt & Whitney and the U.S. and U.K. military services completed systems training and task certifications for the F-35 CTOL and STOVL versions, including 27 separate pre-deployment certification courses. Training covered vehicle systems, propulsion, avionics, fiber optics, low observable, the Autonomic Logistics Information System and other aspects of the aircraft. About 500 certified mechanics will be assigned to the 13 flight-test aircraft destined for Edwards AFB and Patuxent River over the next five years.

-- Northrop Grumman said April 1 it had begun assembling the center fuselage for the first production F-35, a CTOL variant designated AF-6, at Palmdale, Calif. BAE Systems on April 18 said it had cut metal on a component of the aft fuselage for the first production aircraft, slated to enter service with the U.S. Air Force in 2010. The component was cut by BAE supplier Hyde, at the latter’s Manchester, U.K., factory, before moving to BAE-Samlesbury.

-- On its 34th flight March 12 over Texas, the first F-35A conventional takeoff and landing (CTOL) variant completed the first stage of its airborne refueling tests, connecting to the refueling boom of a specially instrumented KC-135 tanker deployed to Fort Worth for the refueling missions.

-- Lockheed Martin in January announced “mid-course adjustments” to the F-35 program, including 250 layoffs planned in April and potentially 750 for the year, as the program transitions from design to production. The company said it planned to reduce a total of 850 primarily engineering positions in 2008, some through voluntary layoffs, attrition or reassignments.

“It’s important to note that this transition has always been part of our program plan. Many of our SDD design tasks are complete and we’re getting ready to accelerate on the production side,” said Dan Crowley, executive vice president and F-35 program general manager.

Procurement costs of the Joint Strike Fighter have increased by more than $23 billion from a year-earlier estimate, while development cost has stayed the same, according to the United States Government Accountability Office (GAO).

By congressional mandate, GAO reviews the JSF program annually. Its latest report, issued in March, found that estimated procurement rose from $231.7 billion to $255.1 billion, due to a seven-year extension of the procurement period, increased future price estimates, airframe material cost hikes and increases from design maturation.

Development cost has held steady at about $44 billion by reducing requirements, eliminating an alternate engine program and spending a management reserve faster than budgeted.

Two-thirds of funding for development has been spent, but only one-half of work completed. 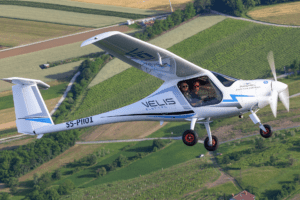 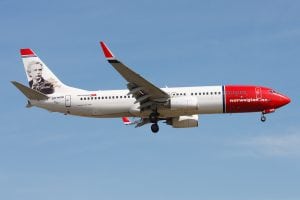