There are two other drivers besides weight reduction prompting the development of new antennas — technology that lets smaller antennas approximate the performance of larger units, and the ARINC 781 standard that reduces line replaceable units by combining the beam steering unit (BSU) and the high-gain antenna (each formerly managed by separate boxes).

EMS Satcom, based in Ottawa, Ontario, has two antenna products that fall within those criteria. The first is the eNfusion AMT-3500, an intermediate-gain, fuselage-mounted Inmarsat antenna. It is a two LRU system with an integral BSU and low profile. Designed to fit smaller aircraft, the antenna is compliant with multi-channel Aero-H, Swift64 and SwiftBroadband Inmarsat services. The other product is EMS’s AMT-3800 high-gain fuselage-mounted Inmarsat antenna. It is also a two-LRU system.

Last year, the AMT-3500 was part of a six-month trial by Air France of in-flight mobile phone capability on an Airbus A318 flying intra-European routes. Using Inmarsat’s SwiftBroadband service and hardware from OnAir, a joint venture between SITA and Airbus, Air France passengers were able to use their own GSM phones and GPRS (general packet radio service)-enabled devices such as a BlackBerry to send and receive SMS messages or e-mail in-flight without interference to the aircraft’s navigation systems.

Testing of actual voice calls is planned next. Thales will supply its TopFlight broadband satellite communications technology for the OnAir-Air France trial. Thales said the technology used for the OnAir service represents the first commercial flight of an ARINC 781 satcom system.

"People want bandwidth. People are used to either in their homes or their offices having a broadband experience.... And that experience, they can’t understand when they travel why they can’t have it," said Raju Chandra, vice president of sales and marketing at Tecom Industries.

Tecom, Thousand Oaks, Calif., manufactures high- and medium-gain antennas for commercial and military applications, including the Boeing 787 Dreamliner and C-17 Globemaster III. Its HGA-2100 high-gain, phased-array, fuselage-mounted antenna was selected for the 787.

The introduction of satellite communications capabilities to smaller, narrowbody aircraft like the A318 makes this a particularly exciting time for the antenna industry, companies say. "The last time we saw these types of developments was in the early nineties, when people started putting satcom antennas on airplanes," said Tim Best, product manager for EMS Satcom.

Intermediate-gain antennas like the AMT-3500 are also designed to take advantage of Inmarsat’s developing SwiftBroadband service, based on new Inmarsat-4 (I-4) satellites. The first two satellites were launched in 2005, one in an orbital slot over the Indian Ocean, and the other to provide coverage for the Americas. The third satellite was a ground spare, but will be launched this year to extend mobile broadband coverage to the entire planet, except for the polar regions. The new I-4 network will make it possible for airlines to take advantage of Inmarsat’s high-speed SwiftBroadband service. The older satellites will remain in service for airlines wishing to use slower data rates.

There are some antenna challenges, however, associated with Inmarsat’s three-satellite network, as opposed to its older four-satellite constellation.

"Three instead of four means more challenges at low-look angles for wide-scanning antennas," said Bruce Bailey, vice president of commercial aviation for CMC Electronics. "Inmarsat has also decided to operate the spectrum fundamentally different than in the past. In the past, they operated aeronautical services at 4 MHz within the L-band. Now they will operate aeronautical services over the full 30 MHz of that band.

"That increases the potential for intermodulation distortion when two or more carriers cross-modulate, and is creating interesting new challenges for the world of antenna suppliers."

To address that issue, CMC is developing an "intermodulation hardened" version of its high-gain CMA-2102 antenna, which is called the CMA-2103SB. CMC has about 2,500 satcom antennas in the field, and holds an approximately 80 percent share of the widebody market, according to Bailey.

CMC’s latest widebody platform for its antennas is the Airbus A380. Even on the largest commercial airplane in the world, though, weight is an issue. Said Bailey: "To win the A380, we had to commit to taking quite a bit of weight out of the antenna."

The company has also introduced a smaller antenna under the "SatLit" brand that is hardened against intermodulation. "Because new satellites are more powerful, there is a requirement to build more compact antennas," said Bailey. "We’re excited about the change, but it’s an interesting challenge."

Even though the Connexion by Boeing venture ultimately failed, the communications opportunities afforded by Ku-band systems still intrigue antenna companies.

Chandra said Tecom is developing a Ku-band broadband antenna that will allow two-way communication from the satellite to the aircraft. The product announcement is expected later this year. "There has been a lot of interest in this product both from the military side and from the commercial side," Chandra said.

"Airlines are beating up manufacturers to develop antennas that are smaller and lighter, but we can’t avoid seeing the 800-pound gorilla on the other side of the broadband table," said Broughton, referring to Ku-band communications.

While the time for a parabolic Ku-band antenna has not yet come for commercial aviation, it is a key technology in the development of "on the move" satellite communications for soldiers and Marines fighting in Afghanistan and Iraq. Under the Army’s Warfighter Information Network-Tactical (WIN-T) program, the team of General Dynamics and Lockheed Martin are building an integrated battlefield communications network that will provide fast and secure connection to the Defense Department’s Global Information Grid (GIG) with Humvees, Bradley Fighting Vehicles and Stryker Infantry Combat Vehicles. Presently, soldiers have to stop their movement for as long as 30 minutes before they can connect.

"In identifying the requirement for higher data link capabilities for military users we looked at all satcom bands that could be used," said Tim Shroyer, chief technology officer for General Dynamics Satcom Technology, a part of General Dynamics C4 Systems. Shroyer said the company is also providing a Ku-band antenna to ARINC for its SKYLink broadband service.

The antenna being tested under WIN-T, called the Warrior Model 20-20 antenna, transmits and receives data at speeds up to 1.54 Mbps. Once perfected, the tracking technology developed for WIN-T is likely to find its way into aviation. "We expect to take our tracking technology and translate that into a smaller program for the airborne environment," Shroyer said.

The future roadmap for the on-the-move antenna also calls for it to transmit and receive multiple frequency bands, particularly Ka-band. The Department of Defense’s next-generation Wideband Global Satcom satellites (formerly referred to as the Wideband Gapfiller satellites) will operate in the Ka-band and will be able to support data transmission rates ranging from 2.1 Gbps to 3.6 Gbps.

Longer term, Chandra said, the Ka-band could also open up opportunities for higher bandwidth and data rates for those in the commercial sector.

The proliferation of Very Light Jets (VLJ) and new satellite services could have big impact on the safety-services end of the antenna market, according to antenna manufacturer Dayton-Granger, Fort Lauderdale, Fla. Karl Blomgren, Dayton-Granger director of marketing and sales, said the size of VLJs is prompting customers to request antenna capabilities be combined into one system in order to more efficiently use the space. "You’ve got approximately anywhere from 15 to 25 antennas that have to go on an airplane now that’s about half the size of a typical bizjet," he said. "The smaller the airplane the more difficult it is to find an area that’s reasonably clean to put an antenna."

The expansion of the Iridium satellite system into safety services could have a big impact on the market, Blomgren said. Iridium is involved through an RTCA committee in a bid to permit safety services on the Iridium satellite network within the United States. "It will become a reliable link anyplace in the world to provide that priority communication link in case of any emergency on the aircraft," Blomgren said.

Overall, companies say business in the airborne antenna sector is booming, thanks to new cabin capabilities and strong customer demand. The next few years will be devoted to raising awareness about the new products and capabilities.

"This business isn’t the type where you go through a regular rolling update of technology," said Broughton. "We’ve gone through development and design, and will be going through deployment over the next couple years."

That doesn’t mean, however, that technical challenges don’t still exist. For example, as more systems are developed for narrowbody aircraft, antenna manufacturers must address the challenge of passive intermodulation performance, which has always been a lesser concern with widebody aircraft because greater real estate permits antennas to be spaced farther apart. "We’re seeing airplanes become a host for more and different types of systems and antennas. Airplanes are becoming antenna farms, and there is more pressure to avoid interference between systems. All of the systems we make are multi-channel, and these need to be electronically cleaner," Broughton said. 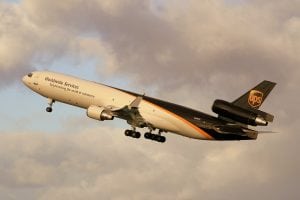