Citing declining sales, Garmin discontinued its GNS 480 GPS system, ceasing production of what the company said was aviation’s first Gamma-3 WAAS-certified GPS/Comm navigator. On Dec. 31, Garmin sent a memo to its aviation dealer network about the discontinuation. “This decision was based on the fact that sales of the GNS 480 have significantly declined as more and more customers are moving towards the GNS 430W/530W family of WAAS units,” Garmin said. The GNS 480 was introduced as the industry’s first WAAS-certified GPS receiver. However, sales declined in 2006 when the GNS 430W/530W family gained WAAS functionality. 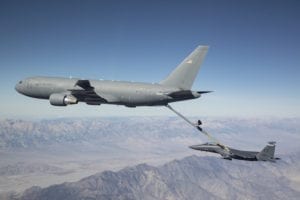 CAE Adds to Its Global Academy