FreeWave said the radio is ideally suited for advanced military equipment where space is at a premium, such as in UAVs, robotics and guided parachute applications.

The company said the radio has the smallest footprint in the industry, measuring 50.8 mm long, 31.5 mm wide and 9.6 mm high. It has selectable speeds, ranging from 56 Kbps to 1.2 Mbps. Visit www.freewave.com.

The data-entry panels utilize materials that significantly improve reliability to improve A-10 aircraft mission availability, while reducing maintenance costs, the company said. The improved design ensures seamless functionality and performance for the A-10 pilot, while reducing overall life-cycle cost of the current A-10 CDU. Visit www.interfacedisplays.com.

TrueNorth Avionics, Ottawa, Canada, launched its Simphone product line with the installation of the Simphone Chorus system on a Challenger CL604.

The Chorus system offers an advanced cabin communication solution for Inmarsat and Iridium with a full IP based PBX, fully integrated dual Iridium channels, integrated Wi-Fi and data routing. Jet Works Air Center, located in Denton, Texas, provided the sales and installation for an end-to-end cabin communications solution on the CL604, which is used for international operations.

The Simphone product line — Chorus, Duo and Solo — is packaged in a single 4 MCU line replaceable unit qualified to DO-160E for installations inside or outside the pressure vessel. Visit www.truenorthavionics.com.

All kits come with the required materials needed to support the installation. Visit www.jettechrvsm.com.

Typical applications for the SW44511 switch include industrial/avionics displays and audio controls, instrument panel controls and other high-density panels.

The compact unit weighs less than one ounce and measures 1/2 inch square. The SW44511 requires less than one inch of space behind the panel and mounts via a 1/4 inch threaded bushing to the front panel. Features provided by the SW44511 include momentary tactile feel switching, operating pressure of 14 ounces, plunger travel of approximately 0.080 inch, and a rated switch life of one million actuations minimum. Visit www.electromechcomp.com.

The 64CS4 incorporates a Gigabit Ethernet interface that can be used to transfer data to and from the board, without using the VME backplane bus. The Ethernet port allows the board to be used as a standalone remote sensor interface, without the need for a separate computer board. Multiple 64CS4 boards can be networked together in a system using Ethernet for complete data acquisition capability. Visit www.naii.com.

The Sigma7 BL operates with a 2-wire telephone line and can either be bulkhead-mounted or recessed in a drink rail. An RJ-11 data jack option is available in the cradle to connect to a data modem, either via the telephone circuit or a separate circuit to allow for simultaneous data and telephone calls, the company said.

The new backlit phone system operates with all models of ICG cabin telecommunication units and Iridium systems, and existing installations can be upgraded with the new phones. Visit www.intcomgrp.com.

RTI middleware is part of the software communications architecture that General Atomics has implemented for the advanced ground station. The GCS makes use of RTI’s publish-subscribe communications model, which allows any system component to subscribe to the incoming aircraft telemetry stream for such parameters as latitude and longitude, pitch, roll and airspeed parameters. Visit www.rti.com. 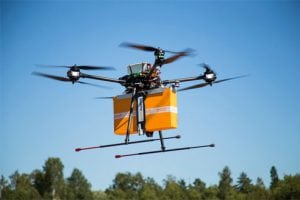 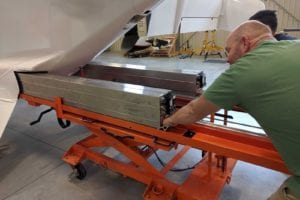