Lockheed Martin, L-3 Communications and BAE Systems are entitled to reimbursement from the U.S. Air Force for proposal preparation costs associated with the C-130 Avionics Modernization Program (AMP), according to a Government Accountability Office (GAO) report released this week. In this most recent decision, GAO reiterated a 2005 ruling saying the companies are entitled to be repaid for costs incurred during the bidding process. The Air Force said it adequately reimbursed the companies. However, this week’s report from the GAO said those claims are “inconsistent” with GAO’s 2005 ruling. “Per the GAO ruling, the Air Force will reimburse Lockheed Martin for C-130 AMP protest costs. Timing and amount are still in negotiation,” the Air Force said in a statement. “The timing and amount of reimbursement to BAE and L-3 Communications for C-130 AMP protest costs are still in negotiation.” An L-3 spokesperson said the company does not comment on protests. BAE Systems and Lockheed Martin did not return calls for comment. In 2001, the Air Force tapped Boeing to spearhead the $4 billion C-130 AMP, a program initially designed to replace outdated analog technology with standardized glass cockpits in 519 of the older C-130s. Since that time, the program has faced ethical, technological and management difficulties. And large cost overruns triggered a reevaluation of the program this year. This week, the Air Force said full rate production for C-130 AMP kit production and installs will be awarded in a full and open competition. The FRP Request for Proposals is planned for release in 2011. The plan is to award a sole source contract to Boeing for Low Rate Initial Production (LRIP).  The LRIP contract will require Boeing to qualify contractors during LRIP to compete in FRP. For related news 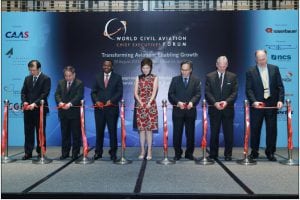