Organized in 1935 as the Radio Technical Commission for Aeronautics, RTCA develops consensus-based recommendations that are used by FAA as the basis for policy, program and regulatory decisions. The private, not-for-profit corporation provides guidance specifically in the areas of communications, navigation, surveillance and air traffic management. Work being done by government and industry representatives, serving voluntarily on RTCA committees, is helping guide the transition to the Next Generation Air Transportation System (NextGen).

Watrous met recently with Avionics Editor Bill Carey at RTCA’s offices in Washington, D.C., to discuss the organization and progress toward NextGen.

Q: At the recent ICNS conference, you mentioned that RTCA’s membership has grown in the last decade. To what would you attribute that growth?

A: I think there are a number of factors that enter into that equation. First of all, I think the community has great trust and confidence in RTCA. They respect the integrity of the organization. They’re impressed with the responsiveness, notwithstanding (that) all the work gets done by volunteers. They recognize that the recommendations and products that come out of RTCA truly reflect a collaborative, consensus-based commitment of the community to solve these kind of issues.

Another notion is that RTCA provides the community with an unbiased opportunity to shape the future of aviation. And it is across the board — it’s the heavy iron, it’s general aviation, it’s labor, it’s management. In today’s environment, one of the very important considerations is that it’s both domestic and international. We’re doing a lot of work with the folks in Europe and we have lots of interest from around the world.

I think the significant point that is important to everyone is the fact that RTCA has no legal authority, so to speak, which also underscores the significance of our 70-plus years of existence. There’s a history book that someone put together before I came to RTCA entitled "The Authority of Agreement," and boy, does that ever really capture the essence of who we are and what we do.

A: We currently have 18 special committees that are active, and they’re all doing important work. Clearly, one of the largest areas at the moment is Automatic Dependent Surveillance-Broadcast (ADS-B). Satellite navigation is another major effort. RTCA has been the source of not only the system level recommendations that brought the civil community to satnav, but it’s also the place where all the basic performance standards have been developed not only for basic GPS, but (the) Wide Area Augmentation System and Local Area Augmentation System.

The group at the moment is investigating combining GPS with inertial references, combining it with the European Galileo program. They’ve been looking into mitigating interference, talking about new antennas. In fact, one of the larger considerations at the moment is going to the dual-frequency GPS, the L1 and L5 (frequencies). In addition to ADS-B and satellite navigation, there are other really important things that are underway.

I think many in the world recognize RTCA as the source of guidance documents for developing certifiable, safety-critical software. In this day and age, when there is increasing emphasis put on IT on the airplane as well as on the ground, that is really important. The group at this point in time is in the process of updating that set of recommendations. We don’t update it on a time basis, but on a need basis. The current document is probably about 15 years old in round numbers. There’s been enough change in technology; it’s time to update it.

There are two (areas) on which I would like to focus attention. Clearly, data communications are going to be absolutely critical to NextGen. The FAA has recently come to RTCA and asked us to start a committee on data communications. In many respects, I think data communications is even more important to the success of NextGen than are ADS-B and GPS, and clearly those are very important.

There’s another committee that is underway, again requested by FAA, focusing on enhanced and synthetic vision. I think that’s really a very forward-looking activity. In some respects, you can almost think that enhanced and synthetic vision will be the next generation, the next major step forward in precision approach systems. (It’s) really exciting work, pushing the envelope at least from a recommended standards point of view.

Q: At the RTCA symposium in Washington in March, Clayton Jones, CEO of Rockwell Collins, gave the keynote address and said he’s frustrated with the pace of achieving NextGen. Were you surprised by his tone?

A: The short answer to that is, no. I was not surprised at his comments. There’s clearly a need to modernize or transform as the case may be, the air transportation system. That need was very obvious over a decade ago. In large measure, it was the genesis of the Free Flight program that was being worked here at RTCA. About the time that was beginning to get some traction, 9/11 happened. Economics and world events kind of put a damper on everyone’s ability to fund modernization activities.

As a result, although the perception of urgency remained, the resources probably weren’t available in any way, shape, form or manner. Then, a few years ago, when we started getting a better view on NextGen, and basically because resources looked like they might be available, there were great expectations that we could not only implement the transformation initiative, but we could also accelerate the progress toward improving this capability. The objective was indeed noble and still is. The challenge was, and continues to be, huge. I think somewhat understandably, accomplishments since that time have been less than what many folks have hoped for and, as Clay inferred, a bit disappointing.

I think it’s important not to just look at that side of it, but also to look at other aspects, too. There are two parts to the problem — one deals with planning, the other deals with implementation. While we have to have planning, I think there were some expectations for more progress in the implementation area, and I think that is reflected to some degree in Clay’s comments.

Q: Jones did say that FAA’s Operational Evolution Partnership "is a great first step" for NextGen. RTCA developed recommendations for OEP. How will this new plan move things forward?

A: One of the most important aspects is the fact that the OEP, the new Operational Evolution Partnership plan, is indeed a collaborative effort.

You can see the collaboration by virtue of the work that the Air Traffic Management Advisory Committee, under the aegis of the RTCA, has in the evolution of this capability. The private sector’s got a lot of confidence in the OEP, both because they are involved and have a voice, but also because, via the Air Traffic Management Advisory Committee, the private sector views that they can influence priorities and schedules, so they can match investments with benefits and they can better rationalize implementation schedules.

The new OEP I think is more air transportation-centric than maybe the old one, which was maybe a little bit more FAA-centric. I believe the new OEP is going to have some uniquely aircraft (considerations). I also know it’s taking a more integrated systems approach to solving a problem.

Probably one of the most significant aspects is that the new OEP has added the all-important safety segment — (FAA Associate Administrator for Safety) Nick Sabatini’s folks have got a place in the OEP. As we know, modernization is more than concepts and equipage. Modernization has got to involve certification and facilities and training, etc. Also, the new OEP is expanding beyond the original 35 OEP airports.

Q: What would you say have been our major accomplishments thus far, and what do you see as the greatest remaining obstacles to achieving NextGen?

A: First of all, there is absolutely no question that we’ve got to have a Next-Generation Air Transportation System. That’s well recognized and well supported across the community. I think, on one hand, NextGen is being implemented right now, and that implementation is largely based on the RTCA accomplishments over the last several years.

Clearly, NextGen is based on data communications, satellite-based navigation, ADS-B and expanded use of information technology in the air and on the ground. It includes performance-based operations. Clearly, much of the work, at least in several of those areas, has come out of what RTCA has done in the past and what it is working on now. So that implementation of GPS, that’s about to start on ADS-B, really are the first steps in implementing NextGen, and it is happening now.

On the other hand, to continue the activity, to ensure that NextGen is indeed going to be successful, to achieve those operational capabilities, there has to be planning and there clearly will need to be research and development that can help us continue to push the envelope as we get down the road. I think, in many cases, the planning probably hasn’t been quite what people had hoped for.

And I think also there were expectations that we could make more progress faster as far as implementation is concerned. I think the Air Traffic Management Advisory Committee is doing yeoman work in that area. There’s good dialogue between private segments of the community and FAA. There’s excellent involvement of the operational community, of the supplier community and the regulator community. While NextGen implementation is indeed underway, and it’s starting slowly, pragmatically that’s probably about the best we could have hoped for.

I know from experience that when the aviation community works together, there is nothing we the community can’t do. By the same token, when we’re divided, we can’t get anything done. The key here is collaboration, consensus, commitment. The key is working together.

To hear a podcast of this interview, click here. 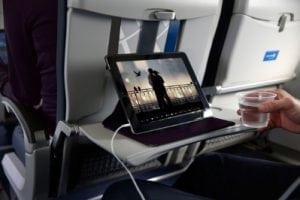 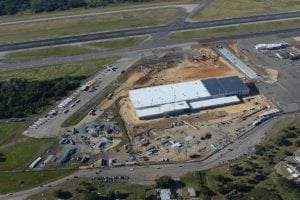 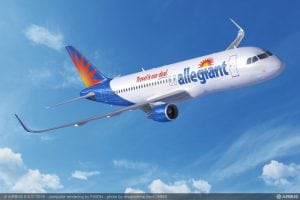 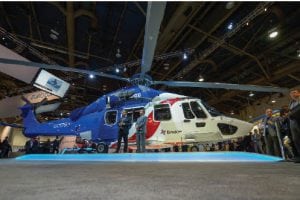