BAE Systems received a $26.5 million contract to convert 20 F-4 Phantom fighter jets to full-scale aerial targets for the U.S. Air Force. The converted aircraft, designated QF-4s, provide the Air Force with full-size, remotely controlled aircraft that allow aircrews to train in highly realistic air combat maneuvering.  BAE Systems will perform the modification work on 16 aircraft for the Air Force and four aircraft for the Navy at its facility in Mojave, Calif. Production will be completed by July 2009.  To date, BAE Systems converted 217 F-4s to the QF-4 configuration. BAE Systems will deliver the aircraft to Tyndall Air Force Base in Florida.  The drones will be used in development of new weapons systems and to ensure that current U.S. combat systems remain capable of neutralizing enemy aircraft. The contracting office is the 691st Armament Systems Squadron at Eglin Air Force Base, Florida.

Embention Looks to Use Drone Experience for eVTOL Autopilot Development 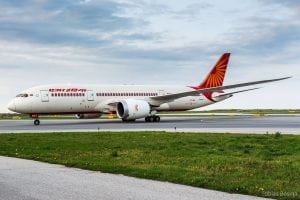 Telefonix to Develop Gogo Onboard Server