Multilateration sounds like something you did in high school math, but have long since forgotten. But no, you didn’t, and no, you haven’t.

Multilateration, or MLat, is the latest thing coming down the pike in air traffic control technology, and it’s picking up speed. According to its advocates, MLat promises to eventually replace most, if not all, of today’s transponder tracking ATC radars. What’s more, they claim, MLat is cheaper, requires much less maintenance, is more accurate and works in situations where radar has problems.

Judging by the rate at which MLat systems are being adopted, those are no idle claims. Aviation authorities from Mongolia to Tasmania, from Vancouver to Taipei, from Beijing to Stockholm and at numerous other locations have adopted multilateration solutions to problems that were previously felt could only be resolved by radar, or couldn’t be resolved at all, other than at great expense.

So what is MLat, how does it work, and what is it used for? It’s based on the old principle of triangulation, which you probably did do at school. That is, if you take a bearing of an object from three known, but widely separated, positions and plot those on a map, their intersection will show you the object’s location.

But MLat doesn’t take bearings. The system employs a number of small, unmanned "listening post" stations which can be spread around an airport to monitor local traffic, or located much farther apart, in the system’s wide area configuration, to cover larger areas of airspace.

The stations simply listen for transponder returns, triggered by interrogations from ATC secondary surveillance radars (SSRs) or from TCAS-equipped aircraft, out to line-of-sight distances, which can be up to 300 miles for high-flying aircraft. And to cover all traffic combinations, MLat can monitor Mode-A/C, Mode-S, ADS-B and military IFF transponders.

Every second, each station sends the data from the received signals to a centrally located data processor — a filing cabinet sized unit — where fairly sophisticated triangulation and time-of-arrival computations derive the precise positions of all aircraft, which are then sent to the ATC center.

At the center, controllers see no difference between conventional radar and MLat targets on their screens, because the MLat’s processor unit provides identical information in the identical format to the center’s display computers.

The only difference is that MLat data is refreshed at a much higher update rate than the typical 4.8-second, 360-degree sweep rate of the radar’s rotating antenna.

In turn, that higher data rate provides controllers with a much smoother and more accurate progression of the targets across their screens, compared with the periodic "jumps" of those swept by radar.

Another plus of MLat’s higher update rate is that while positive target confirmation and identification by conventional radar usually requires at least three consecutive antenna sweeps, or roughly 15 to 20 seconds, MLat can achieve it in just three or four seconds.

Still, some might ask, since the transponder signals are already out there, doesn’t that mean that MLat is really an electronic eavesdropping technique, and is simply freeloading from an already existing system? How can it work where there are no SSRs?

In the absence of SSR — a situation that is now becoming fairly common — one or two of the passive listening posts in the network are upgraded to become active stations, where they both transmit SSR-like interrogations and then, along with the passive stations, listen for the transponder replies.

This method has been adopted in Mongolia, Taiwan and Tasmania, where authorities decided to leapfrog conventional SSR installations completely by using combinations of active and passive MLat to cover large areas of airspace. In other words, MLat can operate either in conjunction with SSRs or be completely independent of them.

"In Armenia," said Dave Ellison, Era Corp. president and CEO, "our customer was literally ready to sign a contract for a multiyear traditional radar deployment, but paused to research Era’s multilateration solution. They concluded multilateration was the way to go. They were operational within six months and will save millions of dollars in the total cost of ownership for the solution."

In more and more MLat implementations, the system’s operational benefits have not only equaled or exceeded those of radar in comparable applications but have also won hands down on cost.

For example, Airservices Australia wished to provide air traffic controllers with surveillance coverage from ground level to 18,000 feet over Tasmania, the nation’s largest island. Lying about 200 miles southeast of the mainland, the 26,000-square-mile island’s topography ranges from sea level to inland mountains. Airservices estimated that to overcome line-of-sight radar signal "blanking" by high ground, full surveillance of commercial and general aviation aircraft movements between the main centers of Hobart and Launceston would require 10 to 12 SSRs, at about $3 million each, including equipment, land acquisition, installation and maintenance.

Analysis then showed the same coverage could be obtained from 19 strategically placed MLat units — some powered by solar panels — for a total price of less than a single SSR. The resulting MLat contract was awarded to Sensis, of Syracuse, N.Y., in 2006, and installation is underway.

Maintenance costs were probably an important factor in the Airservices cost assessment.

FAA figures obtained by Avionics suggest the annual maintenance cost of an SSR, particularly its large rotating antenna, could be more than $20,000. By comparison, maintenance of small, solid state MLat sensor units is reported to be minimal.

Why were more MLat stations than SSRs required in Tasmania? Essentially, because the mountainous topography prevented even 10 or 12 of the very large surveillance radars from providing the total "view" of the airspace that was required, whereas the much smaller MLat units could be placed in more advantageous, and more numerous, locations, often where a radar installation would be out of the question.

This was also the situation faced earlier at the Ostrava airport in the Czech Republic. Located within a horseshoe of surrounding mountains, Ostrava’s terminal area airspace below 3,000 feet was essentially blocked from the coverage of neighboring SSRs.

Installing dedicated SSRs inside the horseshoe would have solved the problem, but MLat was a more effective solution, and significantly less costly.

Furthermore, when certified for terminal control use by the Czech Civil Aviation Authority in 2003, its accuracy permitted aircraft separations of three miles, rather than radar’s traditional five-mile spacing.

The Ostrava equipment was built by ERA a.s., a Czech company specializing in radar, MLat and ADS-B, which sold a large number of MLat systems internationally.

Last October, ERA was acquired by Rannoch Corp., of Alexandria, Va., which offered a similar product portfolio. In February, Rannoch changed its name to Era.

At present, Sensis Corp. and Era are the main providers of MLat systems, and therefore are fierce head-to-head competitors. Thales of France and, separately, QinetiQ of the United Kingdom, teamed with Comsoft of Germany, and are likely to become more engaged in the future.

There is certainly room for more competitors since, as Jeff Brabender, president of Salt Lake City-based Coherent Solutions, observed, "MLat is slowly putting ATC surveillance radar out of business, and the potential replacement market is huge."

But MLat’s applications are not restricted to enroute and terminal airspace surveillance.

One key area where it is now nudging radar is in the monitoring of aircraft flying on simultaneous approaches to parallel runways, with Era winning a contract to provide a system at the Beijing airport. MLat is not yet certified for monitoring traffic approaching runways closer than 4,300 feet apart; that’s still the task of very specialized, and expensive, radar dedicated to that purpose.

But Sensis is currently developing a system to achieve that certification.

"Flexibility is the key," said Marc Viggiano, president of Sensis Air Traffic Systems Division. "A system needs to be easily expanded. With multilateration, you can start with surface deployment, deploy a few more units to easily move to terminal and parallel approach monitoring and ultimately to wide area — so there is no loss of investment."

Under a recent contract from Nav Canada, Sensis is implementing an MLat surveillance configuration that will monitor floatplane and helicopter traffic flying into the inner harbor at Vancouver, British Columbia, where they cross the airline approach paths to the city’s international airport. Projected surveillance accuracy at Vancouver is 25 feet, demonstrating MLat’s extreme precision.

It’s not only airplanes that can be tracked by MLat. Among several other major airports, Amsterdam and Stockholm have recently contracted Era and Sensis, respectively, to provide small, quick-install transponders with unique ID codes on vehicles that move around the airports’ active surfaces.

These installations are vital components of an Advanced Surface Movement Guidance and Control System (A-SMGCS), where local MLat sensors are set up to "see" all parts of the surface, a task that would be virtually impossible with radar due to the many buildings and other obstructions.

"Today, it’s difficult to site traditional radars because if you change the structure at or around the airport — for example, add a building — the signal can get lost. With multilateration, you can incrementally add ground stations to address changes and growth," Viggiano said.

With the combination of MLat and A-SMGCS, runway incursions could become a thing of the past.

MLat and ADS-B systems are similar, but different. Both use non-radar ground stations to listen for aircraft transponder transmissions, and send those data to the ATC center, and then to the controllers’ screens.

But MLat determines an aircraft’s position by triangulation from several stations, while a single ADS-B station uses the GPS position transmitted in the aircraft’s ADS-B message.

Does this mean that MLat will be overtaken and rendered obsolete by the coming transition to ADS-B?

No, the two systems are actually complementary, because MLat stations can be upgraded to ADS-B ground stations as the user aircraft community gradually equips with ADS-B.

Under its recent Nav Canada contract, Sensis will supply ADS-B systems to cover the non-radar airspace over Hudson Bay in the country’s north, plus MLat networks in Vancouver and elsewhere, with all stations using identical hardware.

This is particularly advantageous to ATC authorities facing the need for additional surveillance radars, or considering the need to replace legacy equipment.

It is also the basis of Era’s "ADS-X" concept of an MLat system that can bring immediate operational and financial benefits while being readily upgradeable to ADS-B as the user transition to that system proceeds.

So far, FAA has been reluctant to include MLat in its ADS-B transition plans. According to one agency official contacted by Avionics, the already sunk costs in its well-maintained SSR network would make it uneconomic to switch to a new system.

FAA does plan to reduce its 300-plus SSRs by about 50 percent once nationwide ADS-B implementation is complete, and currently intends to retain the balance to cover any GPS outages.

The eventual GPS backup policy is far from finalized, and officials say FAA is open to considering SSR alternatives. The agency recognizes that retaining around 150 surveillance radars could cost well over $1 billion in operations and maintenance costs.

Despite MLat procurements by Australia, Canada and other nations, MLat still lacked FAA certification for ATC applications in the U.S. airspace system. With the potential of replacing some 150 leftover SSRs, it seems inevitable that MLat manufacturers will place FAA certification high on their "to do" lists.

"As an industry, we have reached the tipping point where our customers now understand the proven benefits of multilateration and are considering multilateration in applications where previously only traditional radar solutions had been sought. And the truth is — it’s due time," Ellison said.

Last October, the company acquired Czech firm ERA a.s., to establish "one company with the shared goal of leading the world in multilateration and ADS-B [automatic dependent surveillance-broadcast] surveillance technologies."

"We are clearly a stronger company with more resources, clear market leadership, and an improved ability to offer the best technology and solutions available in the air traffic control, military and homeland security and airport operations markets," said Dave Ellison, Era president and CEO. 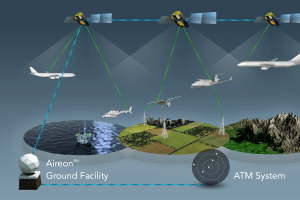 Russia to Explore Use of Space-based ADS-B 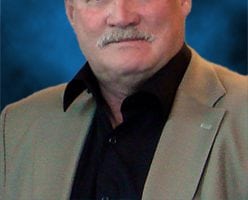