The overall adoption of high-speed, or broadband, Internet service is growing. According to a Pew study, 42 percent of Americans had broadband at home in March 2006, up 40 percent from the year before.

Airborne broadband is a somewhat slower-growing phenomenon, but that may change soon. The airborne marketplace is "in a state of flux," observed Jean Menard, vice president for commercial sales with satellite equipment provider EMS Satcom. The anticipated growth was interrupted last summer when Boeing folded its Connexion by Boeing in-flight broadband service, absorbing a $320 million pretax charge to earnings.

After six years in development and operation, "regrettably, the market for this service has not materialized as had been expected," lamented Boeing Chairman, President and CEO Jim McNerney, announcing the shutdown in August.

Nevertheless, broadband has a foothold in business aviation, with new satellite-based and terrestrial services rolling out in the coming years. Bizjet operators flying oceanic routes will have a choice of ARINC’s SKYLink or Inmarsat’s SwiftBroadband high-speed satellite services. Those operating over the continental United States may opt for AirCell’s planned terrestrial system.

At the same National Business Aircraft Association convention at which Menard spoke, Robert Thompson, senior director of business aviation services with ARINC, reported 56 sales of the SKYLink broadband system on corporate aircraft in the 18 months after the service was introduced in April 2005.

The system supports a "forward" data rate of up to 3.5 megabits per second (Mbps) from ground to satellite and then to the aircraft, with each aircraft using the system guaranteed at least 512 kilobits per second (kbps). The "return" rate from aircraft to satellite to ground is 128 kbps or 256 kbps, depending on the satellite region.

Gulfstream offers SKYLink, integrated with its onboard aircraft server, on G350, G450, G500 and G550 business jets. SKYLink also has been chosen by Dassault Aviation as a factory option for the Falcon 7X ultra-long-range business jet, due for certification this year. In October, ViaSat announced a $12 million delivery order from ARINC for additional quantities of its SKYLink Airborne Integrated Satellite Communication Terminal.

In an interview, Thompson said ARINC projects about 300 SKYLink installations over the next five years. The company wants to offer SKYLink to the high-end of the general aviation market, which it would serve with a smaller, fuselage-mounted antenna as opposed to the tail-mounted antenna used on business jets. Wary of the Boeing experience, ARINC has no plans, by itself, to roll out a broadband service to the airline industry.

"We would participate in someone’s project if they wanted to take on the world after Boeing, but we’re certainly not going to lead the charge," Thompson said. "They spent a phenomenal amount of money. You still would have to replicate a great deal of that money to get back into the business.... That’s why we focused on the bizjet market, because it’s quick take-up. The buy decisions are done quickly and [there’s] less price sensitivity."

With two of its three I-4 satellites aloft, Inmarsat plans to launch SwiftBroadband in the third quarter. An extension of the satellite operator’s Broadband Global Area Network land service launched in late 2005, SwiftBroadband will improve upon Inmarsat’s current, 64 kbps-per-channel Swift64 aeronautical service with shared data rates of 432 kbps in background mode and 256 kbps in streaming mode.

Inmarsat’s London office did not respond to inquiries regarding SwiftBroadband. But in a recent interview with Avionics sister publication Satellite News, Inmarsat CEO Andrew Sukawaty said SwiftBroadband will be a "core service" of the new I-4 satellites, the largest commercial satellites ever launched. [A third satellite over the Pacific Ocean is expected this year.] He said Inmarsat’s aeronautical business grew by 36 percent in the first half of 2006 — growth expected to continue with the demise of Connexion by Boeing and the introduction of SwiftBroadband.

Ottawa-based EMS Satcom, developer of satellite-based terminals and antennas, is providing core technology to major avionics manufacturers for SwiftBroadband. In October, the company said its eNfusion hardware and software were chosen by Honeywell for the MCS-7100 series multi-channel satellite communications line of products, a contract valued at $35 million over five years. Also that month, Inmarsat unveiled the first SwiftBroadband data transmission from a Gulfstream G550 fitted with a Honeywell/EMS Satcom avionics package.

EMS Satcom, which claims to be the market leader in Inmarsat-based Swift64 terminals, progressed toward broadband earlier this decade with its HSD 128 high-speed data terminal, with dual Swift64 channels, for what Menard called the pioneering "risk takers" in corporate aviation.

"For every HSD [terminal], we sell a CNX," Menard said, speaking to the data acceleration aspect.

Trials of the airborne SwiftBroadband system at this writing were going "extremely well, with daily improvements in speed," Menard said.

With 3 megahertz (MHz) of spectrum in the 800 MHz band, the company plans to launch a broadband service for airlines and business aircraft in early 2008.

The system will use a network of ground stations in the United States, modified CDMA-EVDO, or Evolution Data Optimized, digital cellular technology and a small blade antenna on the bottom of the aircraft. AirCell says the service will be capable of data rates from ground to aircraft of 3.1 Mbps and from aircraft to ground of 1.8 Mbps, shared by the number of users on the aircraft. The service will include Wi-Fi "hotspots," allowing airline and business jet passengers to surf the Internet, send e-mail and log onto corporate virtual private networks using Wi-Fi enabled devices.

AirCell says customers that currently have an Axxess communications system will be able to incorporate the new broadband service in the cabin in early 2008 by adding a radio and antenna to connect with ground stations. "When we roll this out in 2008, this will be our foray, basically, into full broadband service," Peltola said. "The stars have kind of aligned with the regulations and technology finally to do something really exciting."

Already, the satellite and terrestrial broadband players are sizing each other up, arguing the pros of their systems versus the cons of others.

"Anytime you’re dealing with a satellite infrastructure — you don’t get those things up there for pennies. The service is quite a bit more expensive," AirCell’s Peltola said. "There is definitely a place for satellite broadband offshore, but given the demographics of the corporate marketplace, traveling within the United States, a terrestrial system makes sense. Generally, our view is that [from] medium-size business jets up, there’s definitely a case for a high percentage of that demographic wanting this capability."

Proponents of satellite-based systems note that a belly-mounted antenna for a terrestrial broadband system will be blind to ground stations when the aircraft is held up on the ground. But they concede AirCell’s coming system will have a place in the emerging broadband market.

"I think for continental service, it will be a good product," said ARINC’s Thompson. "I think from the avionics cost [standpoint] and the ability to do some sort of data service, it will be excellent. The product itself will really address that mid-size jet market. I think people will stick with SKYLink and SwiftBroadband type products because we cover oceans [and] they won’t."

When it comes to satellite-based broadband, Thompson said operators may opt for both SKYLink and SwiftBroadband to ensure unbroken broadband connectivity. "There are a number of aircraft coming off the line at Gulfstream in which people have chosen both a Swift product and SKYLink," Thompson said. "So, when they’re in Ku-band coverage, they get the increased throughput, and when they’re flying out on the edges of the world where we don’t cover, they still have connectivity through the Inmarsat product. We’re starting to see more of that happen. Personally, I’d like to see a combined Ku, SwiftBroadband product, a single piece of equipment that could serve both."

A group led by Lufthansa AG hoped to "breathe new life" into the Connexion by Boeing broadband service, the Wall Street Journal reported in late December.

Boeing in August said it would discontinue the service by year-end 2006 after a business and market analysis determined the market had not developed satisfactorily. The service was offered for free starting in October.

The Journal, citing a Lufthansa spokeswoman, said the airline was seeking to restart Connexion by the end of 2007. Other companies reportedly involved in the discussion were Panasonic Avionics, ViaSat and satellite operator SES Global. Boeing told the newspaper it was not involved in the talks.

Lufthansa’s agreement to be the international launch customer for Connexion was announced at the Paris Air Show in 2001. 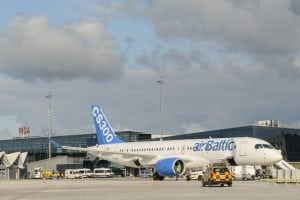 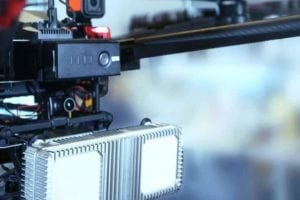