Mel Hilderbrand has been named president of S-TEC Corp., of Mineral Wells, Tex.

Hilderbrand was serving as the company’s senior vice president of customer operations before his promotion to president. Before joining S-TEC in 2004, he was employed by Bell Helicopter Textron. He retired from the U.S. Marine Corps. In 1996 after 20 years, which included service in Operation Desert Storm.

“We are very pleased to have Mel move up to the position of president,” Richard Greaves, managing director of S-TEC’s parent company, Meggitt Aerospace Systems, said in a statement. “S-TEC has a great opportunity for growth, and Mel’s talent and experience will be a major contribution to our success.” Visit www.s-tec.com.

David J. Schramm was named president and CEO of EADS North America Defense Test and Services, Irvine, Calif. He replaces Gordon Taylor, who has retired but remains with the company in an advisory capacity.

Schramm previously was president and CEO of Arrowhead Products, a manufacturer of titanium, inconel, stainless steel and elastomeric products for the aerospace industry.

He graduated from Rose Hulman Institute of Technology with a bachelor’s degree in chemical engineering and earned a master’s degree in management as a Sloan Fellow at Stanford University. Visit www.eads-nadefense.com.

Gurjot Singh most recently was chief operating officer, and has also served as vice president of engineering and director of services and marketing. Prior to joining LynuxWorks, he founded iNMachines, a software development consulting firm special izing in real-time operating systems.

Peter Hermle has joined TechSAT GmbH of Poing, near Munich, Germany, as the new head of sales. He was formerly the sales manager for Concurrent Computer GmbH.

Hermle will lead the international sales team for avionics databus and data loading products and also for simulation and test systems. Visit www.techsat.com.

Jonas Murby recently joined AeroStrategy, the aerospace strategy consulting firm, as an associate consultant. He will be based in AeroStrategy’s Amersham, U.K. office.

Murby most recently served as industrial marketing director at SAS Component, where he was focused on business development and the negotiation of major partnership agreements. In previous positions at SAS Component, he was responsible for market analysis and was Assistant Project Manager for the implementation of SAS Component’s Material Supply Program.

He holds a master’s degree in mechanical engineering from Chalmers University of Technology in Gothenburg, Sweden. Visit www.aerostrategy.com.

Lewis oversees a half dozen research aircraft and their crews, and was recommended by workers at NASA Langley. The winner of the annual award is selected from all federal aviation agencies.

He came to NASA Langley in 2004 after retiring from the U.S. Air Force following 30 years of service. Among other assignments, he was vice commander of the 412th Test Wing at Edwards Air Force Base, Calif.

Lewis is an experienced pilot who has flown dozens of different aircraft. Visit www.nasa.gov/centers/langley/home/index.html. 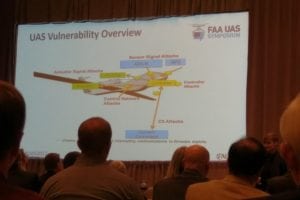