In the future some flight data will be sent directly from avionics units to the flight data recorder. Could the FDAU, as a standalone entity, one day be a thing of the past?

Today's flight data acquisition units (FDAUs) are standalone modules situated within the electronics bay. A data collector, the FDAU receives parametric flight information about various aircraft systems from line replaceable units (LRUs) and sends it to the flight data recorder (FDR). But, according to experts in the field, the way FDAUs operate is likely to change, as data is sent directly to the FDR from the avionics units, using a software function.

The Airlines Electronic Engineering Committee's (AEEC's) Digital Flight Data Recorder (DFDR) Subcommittee is in the final stages of defining a new ARINC 767 standard for a recording system that includes a "virtual" FDAU, which typically would be implemented as a distributed software/hardware function. The concept is being developed for next-generation aircraft such as the Boeing 787.

The virtual FDAU "can basically be a function that resides in software inside another unit," says Dan Martinec, secretary of the AEEC DFDR Subcommittee. Or the data acquisition function "actually can be distributed over numerous different pieces of avionics, which collect the data and send it directly to the recorder."

In 1999, when the subcommittee set out to write a standard for a new flight data recording system, members recognized that the data acquisition function could be performed in numerous ways: a dedicated FDAU as in the past, via software inside a multifunction avionics unit, or by means of software distributed among various avionics units.

Since the traditional form, fit and function of data acquisition would not necessarily be applied as in the past, "we decided to simply specify the interface to the recorder," Martinec says. Then the system integrator or designer could perform the data acquisition function in any of the three ways described, as long as the interface protocols/formats were compatible with the recorder. The DFDR Subcommittee anticipates adoption of ARINC 767 later this year. Many of the revisions throughout the process were influenced by outside sources. For instance, the International Civil Aviation Organization (ICAO) Flight Recorder Panel and the European Organization for Civil Aviation Electronics (EUROCAE), Working Group 50, produced additional material that can be used as a baseline for ARINC 767 to meet pending regulatory requirements.

In addition, before an EAFR-type system was selected for the B787, there were no real aircraft planning to use the method. But since all those obstacles have been addressed, the committee now has a recorder "that will meet all current regulations and will probably be flexible enough to meet regulations for the foreseeable future," Martinec says.

Experts expect the ARINC 767 recorder to become much more prevalent in next-generation aircraft. According to Martinec, there are a number of reasons to shift to the EAFR, which is also called a combination, or "combi," recorder. "It makes sense to put all [those functions] in a single unit for efficiency. There are fewer connections going to it and obviously less [total] weight than multiple boxes," he says, adding that the capability of software-upgradeable systems brings up different challenges.

Another benefit of an EAFR-based system is redundancy: most aircraft will have two units installed, one backing up the other. In the current system, by contrast, the flight data recorder and cockpit voice recorder are separate units. With the EAFR, airlines should be able to get some minimum equipment list (MEL) relief and extend operating time by flying with one recorder.

The flight data recorder receives data differently when using a virtual FDAU. Today's FDAU collects radio altitude information from the radio altimeter, barometric altitude and airspeed from the air data computer, and current position from the flight management computer. All of those units send data through ARINC 429 buses to the FDAU, which assembles the information and sends it to the FDR.

The B787's virtual FDAU function will be distributed among groups of software and hardware--the EAFR, the AFDX switch port, and the software that resides within the different avionics units supplying data to the recorder. Of course, operators still have to program the aircraft systems to be compatible with the virtual FDAU function in order to send information. But not having dedicated hardware for some data collection functions is part of the advantage to a virtual FDAU.

On its Airbus A380s scheduled for delivery in 2009, FedEx Express plans to use a "virtual quick access recorder" function, an approach that can be viewed as an intermediate step between today's FDAUs and future systems. In addition to Airbus servers, FedEx will install its own server, or airline domain, that can tap into the carrier's existing flight data.

The carrier will use a wireless Gatelink system to transmit flight and aircraft condition monitoring system (ACMS) data from the Sagem Defense Securite centralized data acquisition module (CDAM)--a digital FDAU--to the company's ground network. The onboard FedEx file server gathers the data from the CDAM. Periodically, the information will be encrypted and compressed, and then offloaded wirelessly after the aircraft lands at a Gatelink-equipped airport.

"We want to take advantage of what we're doing on our current fleet," with the installation of an airline domain, says Bob Bouchard, aircraft development engineer for the carrier.

The FedEx system will use a third, dedicated port on the Collins CDAM. (The first two will be linked to the A380's avionics domain.) "In this case, our server functions basically like a quick access recorder," Bouchard says, in that the data is streaming directly from the CDAM to be offloaded. "[Except] with a QAR, you'd have to get the tape or optical disk. We send it wirelessly."

Having an airline domain provides "tremendous flexibility" from a software standpoint, he says. It also provides strong potential for growth within FedEx, and protects the airline from hardware and software obsolescence by allowing faster implementation of applications. When dealing with an outside company or provider, Bouchard continues, "you're basically controlled by proprietary security conditions, using their access points."

Bouchard says that other airlines are interested in adding their own airline domain, in the form of electronic flight bags (EFBs).

"Eventually, all the major airlines [probably] will move forward towards Gatelink," he predicts. "Both Airbus and Boeing want to make Gatelink standard on their new aircraft. And once they do that, then the virtual [QAR] data will be transmitted off the aircraft electronically," Bouchard continues. "It is no longer if it will happen, but how soon it will happen."

As Armen Nahapetian, vice president of engineering for Teledyne Controls, explains it, the flight data acquisition unit has three major functions. The first and primary function, he says, is to gather parameters from multiple aircraft systems and “essentially combine them into a single stream of data,” or multiplex the information, which is then sent to the flight data recorder (FDR). Traditionally, flight recorders have been installed in the tail of an aircraft. Therefore, the FDAU provides an access point in the electronics bay from which to gather data, rather than collecting all the signals through the tail of the aircraft.

Over the years, a second function has been added: monitoring the parameters and generating maintenance reports when events occur. These aircraft condition monitoring system (ACMS) reports can be sent to a printer, cockpit display, or to the ground via the airborne communications addressing and reporting system (ACARS) data link.

More recently, a third function has been incorporated into many FDAUs: raw data recording for maintenance purposes. Normally, after a flight, retrieving the data from the flight recorder is a complicated process. To compensate, modern FDAUs have their own internal recorder, which continuously records traditional FDR data, and, “in some cases, more than what is sent to the flight recorder, because for maintenance you need more parameters than what is normally used for accident investigation,” Nahapetian says. Quick access recorders (QARs) also can be used to collect data from the FDAU for use in flight operations quality assurance (FOQA).

According to Stylian Cocalides, vice president of Avionica, the company’s miniQAR provides access to flight data for a wide range of uses, including channeling real-time ARINC 717 and ARINC 429 data into onboard Ethernet networks to electronic flight bags and maintenance access terminals. Applications include chart centering, engine trend monitoring, performance calculations and maintenance logs.

The QAR records much more data than the flight data recorder, and that data can be downloaded much faster, Cocalides says. For instance, the miniQAR records up to 3,000 hours vs. a traditional flight data recorder’s 25 hours, and can download data at up to 85 Mbytes per minute. Users can customize flight data parameters and sampling intervals directed out of the FDAU’s auxiliary, or QAR, port to satisfy FOQA or flight data monitoring (FDM) requirements.

“The QAR output often provides a much richer set of parameters and finer sampling intervals than what reaches the flight data recorder,” Cocalides says.

While not much has changed recently in how FDAUs acquire data, the speed and amount of information that can be gathered have increased. The data rate is now 512 words/s or 1,024 words/s. But with ARINC 767-based systems, the data capacity and speed “can increase by orders of magnitude,” Nahapetian says.

Aegean Airlines to Use CabinVu System 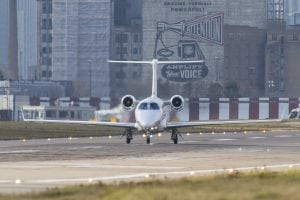 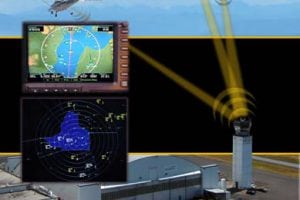