The EasyJet B737-300 crew was nonplussed but coped well with myriad electrical failures that prompted them to divert from their planned flight from Nice, France, to Luton, UK, landing instead at Lyons, France.

Details of the March 2005 incident are contained in a UK Air Accidents Investigation Branch (AAIB) report, released in April 2006, which it's fair to say is critical of the Federal Aviation Administration (FAA) and Boeing.

First, details of the incident, which could well have ended with a less happy outcome in the hands of a less adept flight crew. On the climb out from Nice the crew received speed limitation annunciations on both electronic attitude director indicators (EADIs), then multiple failures, including the weather radar (instrument meteorological conditions prevailed at the time).

As the AAIB report noted, "The crew realized that the failures must be linked to a more general electrical system problem." Sure enough, the standby attitude indicator (AI) began to topple, followed by loss of color on both the captain's and first officer's EADIs.

Fortunately, the crew recognized the loss of color as an indication that these units weren't being cooled, and in short order they faced the prospect of losing the EADI displays entirely, among other systems. Although no single checklist covered all the faults noted by the crew, they switched the cooling fans to alternate power and after a few seconds the background color was restored to the EADIs.

That was not the end of troubles, though. The cockpit door was disabled for electrical unlocking, the crew could not arm the autobrakes, and the public address (PA) and cockpit-cabin interphone systems were inoperative. The landing gear down lights did not function, and the crew had to request that air traffic control confirm that the gear was down and locked.

After the precautionary landing, the electrical problem was traced to failed relays in the battery bus. As the AAIB reported, "The relay was, unusually, found to rattle ... An internal inspection revealed that a contact post had broken off, possibly as a result of a fatigue process associated with the stresses of the contacts opening and closing." The relays had been on the aircraft since its 1989 delivery.

It turns out that the welding of the contacts caused electrical arcing, which melted the relay's contact arm. As a result, a grand total of 56 systems were left without current, and the scenario wasn't covered in any flight crew manual.

When the amperes start wiggling erratically, it seems that the whole house of cards falls down.

This situation had occurred at least eight times before in B737 aircraft, twice with dense smoke in the cockpit (as a result of the cooling fans for the air conditioning packs failing), and most notably on an Aer Lingus B737-500 on approach to Copenhagen in July 1997. This incident was investigated by the Danish Air Accident Investigation Board, which found that the crew was presented with apparently "unconnected" cockpit warnings/indications and multiple instrument and systems failures.

As a result of this case, Boeing issued a technical bulletin in August 1998 concerning battery bus failure, saying, "Boeing has no technical objection to an airline incorporating a loss of Battery Bus procedure in their Operations Manual. However, since there are so many different electrical configurations throughout the 737 fleet, Boeing is unable to publish a generic procedure in the Boeing Operations Manual which will work for all 737-300/400/500 airplanes."

As a result of the incident at Copenhagen, a modified part number was recommended. However, the most recent incident involved original equipment on an airplane that had accumulated 16,680 flight hours.

Given the potential loss of all attitude indication, including on the standby display, the AAIB said with classic British understatement, "The assertion in the Flight Operations Technical Bulletin that `Loss of only the battery bus is not considered a hazardous situation' is perhaps questionable."

Boeing indicated that it will change the wiring of the EFIS (electronic flight instrument system) cooling warning circuit to a different DC bus.

This course does not go far enough, sayeth the AAIB. "The flight crew in this incident dealt with the situation effectively, using the procedures available and their knowledge of the aircraft. ... A different crew, however, may not have reacted to the situation in a similar manner, with an attendant risk that loss of all attitude information could have occurred," the AAIB warned.

Accordingly, while EasyJet has amended its Operations Manual per the 1998 Boeing bulletin, the AAIB believes a mandatory change for the entire fleet is in order, and it recommended that FAA "require" Boeing to examine the various electrical configurations on in-service B737 aircraft with the intention of providing operators with a procedure to deal with loss of power from the battery bus.

Perhaps the relay should be regularly inspected for wear, as well, or arbitrarily changed based on cycles. As pilot John Sampson writes in sister publication Aviation Maintenance, how many more nasty, perplexing incidents are needed to kickstart an avoidance measure? Dense smoke overlaid on obscure, cascading electrical failures is a recipe for disaster.

The full UK AAIB report may be read at www.aaib.dft.gov.uk/publications/bulletins/april_2006/boeing_737_33v_g_ezyn.cfm. 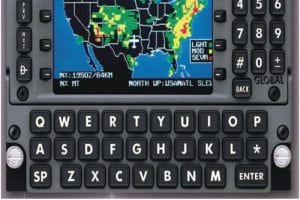 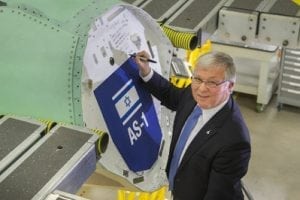 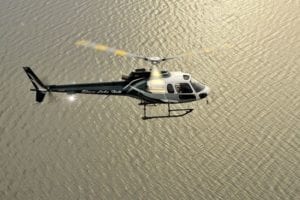 StandardAero and Thales Partner on Advanced Autopilot for Light Helicopters