Icom America of Bellevue, Wash., has introduced A24Li, a high-power version of its A24 Navicom transceiver. The handheld unit features a lithium ion battery, which the company says provides 14 to 16 hours of continuous operation with an 1,800-milliamp-per-hour (7.4-volt) capacity. The transceiver, and its communications-only counterpart, Icom's A6Li, can be charged and operated from an external power source, such as from a desktop charger, AC adapter or cigarette lighter. The A24Li stores the last 10 channels used by a pilot, and has a "flip-flop" function for switching between several channels, such as navigation and communications. The transceiver also has a VOR mode, which shows the radial to and from a VOR station, and a course deviation indicator (CDI) mode for deviation to/from a VOR station. Visit www.icomamerica.com.

Teledyne Relays, a unit of Teledyne Technologies in Hawthorne, Calif., has unveiled its Series A152 line of miniature broadband attenuator relays. The units are designed to attenuate radio frequency (RF) signals in 50-ohm and 75-ohm systems over a frequency range from DC to 5 GHz. The relays have high repeatability and feature flat amplitude, high resistance to electromagnetic discharge, isolation between control and signal paths, and high phase linearity. Visit www.teledynerelays.com.

Korry Electronics now offers a magnetic latch switch, which incorporates an electromagnetic coil that latches and releases through an external circuit. When the magnetic latch switch is pressed, it remains in the activated, or "latched," position and can be disengaged remotely. It is available in two versions: as a standard momentary latching switch or an alternate action switch, which can be disengaged either by shutting off power to the coil (like the momentary latching switch), or by manually pressing it twice. For example, the switch would be used in a military setting to arm a weapons system and provide a safeguard against accidental firing. It also can be used for engine ignition, electronic interlocks and safety mechanisms on helicopters and fixed-wing aircraft. The magnetic latch switch is part of Korry's 389 series of light emitting diode (LED) switches. Visit www.korry.com.

A new cPCI-based computer board from General Micro Systems Inc., Rancho Cucamonga, Calif., claims to the be fastest 3U military single board computer per watt. The rugged CC61x card meets the PCI Industrial Computer Manufacturers Group's PICMG 2.9 specification regarding health monitoring and reporting. It features an up to 1.4-GHz Pentium M-738 processor with up to 2 Mbytes of L2 cache and embedded heaters for operations below -40 degrees C. Visit www.gms4sbc.com.

Data Device Corp., Bohemia, N.Y., has released its BU-65566R, a compact PCI (cPCI) card. Available with up to four Mil-Std-1553 data bus channels, the conduction cooled card enables a base central processing unit's PCI bus to run at 66 MHz. It is designed to function in harsh conditions, from -40 to 85 degrees C and up to 95 percent humidity, according to the company. Visit www.ddc-web.com.

Netherlands-based AcQ InduCom has agreed to provide first line support for three products made by C&H Technologies, Round Rock, Texas--the M213 GPS timing module, M200 aperture A/D converter module and M203 digital input M-module. The M213 provides GPS timing in a M-module format, tracking up to 12 satellites at the same time via a Motorola Oncore M12+ timing receiver. The M200 is a 12-bit A/D converter module that stores differential analog signals up to 100 kilo samples per second (kSPS). A digital input module, the M203 stores up to 16 bits of digital data at up to 5 MHz. Visit www.acq.nl.

Digitaltest in Stutensee-Blankenloch, Germany, has developed the MTS300 Sigma, a test system that uses PCI eXtensions for Instrumentation (PXI) instruments. Designed for high throughput, with up to 1,000 measurements/s, it is the first Digitaltest machine with a PXI interface.

Olso, Norway-based VMETRO has announced an application programming interface (API) for its Vanguard family of PCI/PCI-X, cPCI, XMC, and VME analyzers. The interface is used to access the control features of the analyzers, such as a graphical user interface (GUI), or for custom test benches. The API can be connected in two ways, through an ASCII interface or an XML-RPC interface. The ACCII connection uses a basic TCP/IP input, and the XML-RPC connection uses http. Visit www.vmetro.com.

Sensors Unlimited, a Princeton, N.J.-based subsidiary of Goodrich Corp., has introduced its SU320KTX-1.7 RT, a shortwave infrared camera. According to the company, the camera's compact and lightweight design makes it ideal for space-constrained applications. The indium gallium arsenide camera, which provides real-time video images, is intended for tasks involving low-light conditions, including covert surveillance and imaging spectroscopy. Visit www.oss.goodrich.com.

Deutsch Ltd., East Sussex, England, announced it has cut lead times for repeat orders of its filter connectors to 12 weeks, based on the company's Lean Enterprise System, which it has implemented over the past 18 months. According to Deutsch, lead times are typically 20 to 22 weeks. The company says further projects to reduce lead times are under way. Visit www.deutschltd.com/filters.

C437, a low-power, single-slot 6U VMEbus board, is now available from Aitech Defense Systems, Chatsworth, Calif. The board has ARINC 429, analog-to-digital, digital-to-analog, audio and discrete interfaces. Aitech says the C437 is useful for applications requiring input/output for a large number of sensors and actuators, such as on manned and unmanned air vehicles (UAVs) and helicopter platforms. Visit www.rugged.com.

Hades, Farmingdale, N.Y., has announced an up to 16-channel thermocouple reference junction. The unit can convert up to 16 thermocouple inputs to copper (cold junctions) within a precise isothermal structure. The measurement system self-monitors and corrects for ambient temperatures over an operating range of -55 to 100 degrees C, with accuracy of +/-1.0 degree C over the range. Visit www.hadesmfgcorp.com.

The HTS1 and HTS2 handheld thermal wire strippers from Eraser Co. are intended for use with extruded wires from solid or stranded conductors. Visit www.eraser.com. 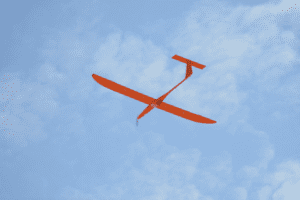 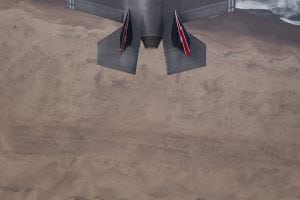 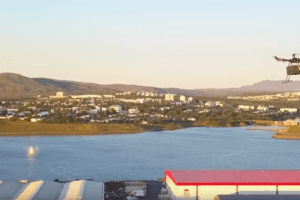 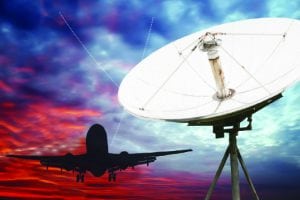