On Dec. 20, 2005, FAA demonstrated to the press the first public U.S. required navigation performance (RNP) approach--at Reagan Washington National Airport (DCA). Alaska Airlines started employing the RNP 0.11 special aircraft and aircrew authorization required (SAAAR) approach procedure to DCA's Runway 19 on Sept. 28, 2005, and had accumulated three "saves" in the first 10 approaches. A save is a flight that, without the RNP procedure, would have been diverted or canceled. The current localizer directional aid (LDA) approach to National Airport's Runway 19 provides a decision altitude of 720 feet and visibility of 2.25 miles; the RNP procedure improves that to a 475-feet decision altitude and 1.25-mile visibility.

According to Nick Sabatini, FAA's associate administrator for aviation safety, the RNP flight path for the approach, coded into the avionics and flown on autopilot, precisely follows the contour of the Potomac River every time (see above). "When you get down to decision height, vs. the LDA today, you have not only lower minimums, but it also rolls you out and points you right to the runway centerline."

"RNP is no budget buster," said FAA Administrator Marion Blakey. She said it costs about $20,000 for the initial development of each procedure, plus an annual maintenance cost of $3,000. And there is no hardware on the ground. Alaska Airlines, which has been involved in RNP for a decade, testified to the economic value of the procedures. According to Kevin Finan, vice president of flight operations, the carrier has about 6,000 RNP operations--departures or arrivals--yearly. "This year [RNP] allowed us to complete more than 800 flights that otherwise [would have been] diverted," he said. Conservatively, that works out to as much as $16 million saved. FAA estimates that each diversion avoided could be worth as much as $50,000 to an airline.

AgustaWestland, a Finmeccanica company that manufactures helicopters, has recently demonstrated a radio-based combat identification (RBCI) system designed to reduce fratricide. The system was developed with the UK Ministry of Defence to support the U.S. Department of Defense's (DoD's) advanced concepts technology demonstration of options for a battlefield combat identification system. The system was installed in a British Army Apache AH Mk1 combat helicopter for a demonstration exercise at the Salisbury Plain Training Area. One of AgustaWestland's aims was to design a system that makes maximum use of the existing platform hardware, to minimize additional weight and volume.

The system includes a modified Inter-Coastal Electronics smart onboard data interface module (SMODIM), a modified ITT ARC-201D single-channel ground and airborne radio system (SINCGARS), and a kneeboard computer (shown left) to display a map, map coordinates, aircraft heading, a coordinates/icon to identify the target, and a friendly forces picture of the area of interrogation. The kneeboard also stores all engagement data for after-action review and analysis.

The SMODIM compiles data from the aircraft systems and the radio system for the presentation of target information in the context of a friendly forces picture. Crewmen thus can make comparisons to improve decision-making prior to target engagement. Visit www.agustawestland.com.

The International Civil Aviation Organization (ICAO) is reviewing its current required navigation performance (RNP) concept to meet the increasing demands of airspace planners and aircraft operators for performance-based navigation. The review includes all segments of flight, from en-route to approach operations. The new concept is expected to harmonize currently available area navigation (RNAV) and RNP-designated performance-based navigation applications, according to Erwin Lassooij, technical officer, operations and airworthiness, with ICAO. See the table (above, right) for the types of RNP and RNAV that are under consideration.

The new concept will address current and future operational needs and eliminate the confusion that exists today regarding terminology and implementation, Lassooij says. ICAO documentation will provide detailed guidance for implementing performance-based navigation now and in the future. The organization is developing a complete set of navigation specifications in close coordination with states, industry and airlines and based on the needs of different regions, he says.

An essential element is to provide a clear distinction, in the designation of operations, between those that require onboard performance alerting and monitoring and those that do not, Lassooij explains. Operations that do not require onboard alerting and monitoring should be designated RNAV-X, he says. However, operations that do require these capabilities should be designated RNP-X, where "X" refers to the lateral navigation accuracy in nautical miles that is expected to be achieved at least 95 percent of the flight time. Visit www.icao.int.

Luxembourg Air Rescue (LAR), an operator of jet ambulances and rescue helicopters, has begun installation of an Iridium-based aircraft tracking and communications system at its operations center in Luxembourg. The AeroFleet system, provided by Euro Telematik, Ulm, Germany, supplied the operator with AeroFleet ground stations and onboard CDTI-2000 multifunction displays. Position reports will be automatically generated in LAR aircraft and transmitted to the ground via the Iridium satellite network. The same technology can be used for two-way message exchange. LAR operates two Learjet aircraft and four MD Helicopters rotorcraft. Visit www.euro-telematik.de.

Airbus has selected Smiths Aerospace to supply the video distribution and processing system for the A400M military utility aircraft. The deal is expected to generate more than $55 million for Smiths through 2023. The system, which is comparable to ones Smiths supplies for the C-130 AMP and Airbus A380, performs switching and video processing for the display of the video functions and format on the A400M's cockpit display and loadmaster workstation. Inputs will include refueling and cargo video cameras, as well as several computer-generated images. The video distribution and processing system will be basic equipment on the initial 180 A400Ms plus on additional export aircraft. The A400M is scheduled to be certified and enter service in 2009. Visit www.smiths-aerospace.com.

Bahrain-based Gulf Air has installed Teledyne Controls' Wireless GroundLink system on an Airbus A320 for evaluation. Teledyne's wireless quick access recorder (WQAR) will be used with AirFACE, a flight data analysis and reporting software tool developed jointly by Teledyne and Airbus. Together, the two systems are to provide an end-to-end automated solution for data retrieval and analysis. Gulf Air plans to enhance its safety program with the Teledyne Control system for its fleet of 29 aircraft. Visit www.teledynecontrols.com.

Ensco received a contract valued at $3.4 million and anticipates the opportunity for follow-on support of the JSF program. The company will apply its knowledge of software verification and of the test tool suite produced by UK-based LDRA.

CAST Navigation will supply two GPS/INS simulators, which will emulate ownship motion in the MSIL for evaluating mission systems and sensors. The simulators, which also will assist in activities in the JSF vehicle systems integration facility (VSIF), will provide dynamic inertial stimulation for the Honeywell NAV100 INS, commensurate with simulated GPS radio frequency for the Raytheon digital anti-jam receiver. Visit www.ensco.com and www.castnav.com.

The Canadian Space Agency seeks a Galileo Safety of Life demonstrator receiver that takes advantage of Europe's emerging satellite navigation system. It has contracted CMC Electronics, which will be developing the receiver with assistance from subcontractor NovAtel Inc. A modified CMC Electronics CMA-3024 airborne receiver will be integrated with the NovAtel engine. CMC also will develop new receiver autonomous integrity monitoring (RAIM) techniques and algorithms for the program. The Safety of Life program would add a Galileo E5a/E5b receiver section to the existing Galileo test receiver, which NovAtel has developed for the space agency. The Galileo satnav network of up to 30 satellites is expected to be operational by the 2008-to-2010 timeframe. Visit www.cmcelectronics.ca and www.novatel.ca.

A cooperation agreement has been finalized that has Jeppesen's electronic flight bag (EFB) applications and data offered on Airbus aircraft. The first EFB-equipped Airbus aircraft with Jeppesen terminal charts and en-route moving map applications is scheduled to enter service this spring, with the delivery of a FlySmart with Airbus-equipped A330. Visit www.jeppesen.com.

Following flight and certification testing, Elta Systems Group's Flight Guard anti-missile self-protection system received the Israel Civil Aviation Authorities' approval for use on commercial airliners. The agency has authorized the system's installation and operation on board a Boeing 767. Originally designed for military use and installed on Israel Air Force airplanes and helicopters, Flight Guard uses decoy flares supplied by Israel Military Industries to divert heat-seeking missiles, a possible terrorist threat. The system provides 360-degree coverage during all phases of flight and was designed to detect all types of missiles. In 2002 Israel's government decided to adopt Flight Guard to protect Israeli passenger aircraft. Visit www.iai.co.il.

Raytheon Co. has selected Orbit International Corp., Hauppauge, N.Y., to design and produce a display and key panel for the A/OA-10 Thunderbolt II close-in air support combat aircraft (December 2005, page 18). A contract award worth more than $160,000 calls for a multifunction display for pilot mapping and fire control requirements. Orbit plans to begin deliveries during the first quarter of this year and continue through the end of the year. Visit www.orbitintl.com.

Australia's defense minister, Robert Hill, announced in mid-December that Boeing Australia and Israel Aircraft Industries (IAI) will supply the country's Defence Force with an unmanned air vehicle (UAV) for airborne surveillance in land operations. For the Australian Department of Defence's JP 129 project seeking a tactical UAV (TUAV), the two companies will provide IAI's I-View 250 close-range UAV system, designed for division-level use and above. Providing reconnaissance and target acquisition, as well as airborne surveillance, the TUAV will be able to accommodate various electro-optical/infrared (EO/IR) payload options and be fitted with synthetic aperature radar, tactical common data link, and an enhanced position locating and reporting system, for joint and coalition interoperability. Visit www.boeing.com and www.iai.co.il.

Elliott Aviation, Moline, Ill., announced it is about to receive a group supplemental type certificate (STC) for a reduced vertical separation minimum (RVSM) package for the King Air 200/300/350. The company plans to begin RVSM installations this month. Visit www.elliottaviation.com. 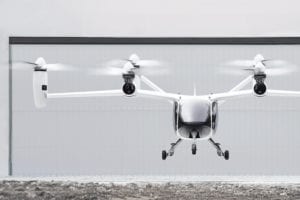