Readers of Avionics Magazine are aware of the challenges posed by software defined radio (SDR)--especially the wideband, frequency-agile variety envisioned by military researchers. If not carefully handled, it could make life more difficult for users of aviation spectrum (November 2005, page 82).

Avionics interference rejection standards are some of the most rigid, covering in-band and out-of-band emissions (e.g., FM broadcasting). However, manmade interference is increasing. The ambient background noise level rises each year, as thousands of new transmitters come on line--noisy devices such as fuel pumps, broadband over power line (BPL) communications, leaky cable TV systems, and computing devices. BPL, for example, has been shown to emit noise in the lower frequencies, including the non-directional radio beacon (NDB) spectrum. And the Federal Communications Commission is under constant pressure to reassign portions of the aviation band to far less important, even trivial, communications. In short, aviation receivers must be designed to handle increasing interference from all existing sources, from unintentional interferers and possibly rogue SDRs that could be placed to disrupt air traffic control (ATC) coms.

SDR, however, can be economically implemented to reject interference, increase system capacity, and provide additional emergency communications. Although SDR is viewed as a radio technology that exclusively processes digitally encoded waveforms, e.g., data link weather, it also can process legacy waveforms, such as those used in analog coms and navs.

New semiconductor processes have emerged, not only to increase the capability of radio frequency (RF) components, but to combine RF and digital functions onto a single chip. This allows RF tuners to be built with wide spectrum agility and bandwidth control, eliminating expensive, single-purpose frequency synthesizers and analog channel filters.

Consider analog receiver com and nav functions. ADF, marker beacon, VOR and localizer/glideslope functions are narrow-band in nature and reside between 200 KHz and 336 MHz. Those are five individual specialized receiver circuits, spanning the spectrum from long wavelength (LW) though UHF.

But commercial off-the-shelf (COTS) RF technology is now able to package an entire receiver (tuner)--capable of 200 KHz to 336 MHz--in an area the size of a business card. Visualize a suite of identical tuners, each capable of tuning the entire spectrum of interest, and each assigned the individual tasks of communications and terrestrial navigation. The digital signal processor (DSP) section of an SDR converts the selected RF channel to a stream of bits and processes this information to extract the analog com or nav waveform from the RF carrier. It then reconverts the digital stream to an analog signal, ready for the amplifier audio panel or nav head.

A single DSP today can simultaneously handle multiple waveforms. With digital signal processing, each software module has a particular com and/or nav (modular) function. For example, three DSPs could handle the entire com and nav processing load for all receiver tuners simultaneously. (This is not to suggest that this is the best approach for certification.)

How does this compare to legacy hardware? The new RF tuners are similar but far more capable and reliable. In addition, software in the DSP section has eliminated or greatly simplified supporting analog circuitry. Features such as "brick wall" adjacent channel rejection filters, automatic gain control, squelch and audio volume controls are implemented in software. Interference rejection, adaptive filtering, and cognitive speech enhancement also are possible with software. There are many other benefits of SDR that have no additional hardware impact--examples include automated nav-scanning (from the GPS database) and transcribed weather reports carried over NDB and VOR channels.

Next, data link reception capability such as VHF digital link Mode-2 (VDL-2) is presently available near the top of the com band and can be added in software. If data transmission is desired, the power amplifier must be linearized to provide spectral purity. Fortunately, the hardware and software techniques are well known.

A modular architectural hardware/software SDR system has been described to use the existing ATC system and terrestrial navigation functions, to provide lower-cost, higher-performance avionics while providing base hardware that can accommodate digitally encoded waveforms (of similar bandwidth), as they are adopted in the future.

Don Moore is president of AeroStream Communications, an SDR specialist. During the 1990s his company, NavRadio, developed VDL-2 technology and demonstrated transmission of graphical weather imagery in the NASA AGATE and AWIN programs. 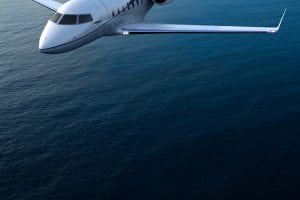 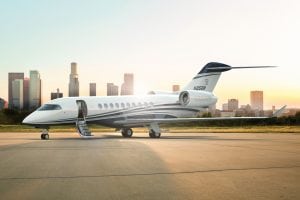