A truly massive wiring inspection program has ben announced by FAA. The benefits, in terms of avoiding unscheduled landings or preventing accidents, are supposed to outweigh the cost of the inspections by a factor of about 1.6 to 1.

The benefits are pegged at more than $755 million, and the costs, which are sure to be disputed as low, are placed at $474 million.

Details of the program are contained in announcements published in the Federal Register, with comments from industry due Feb. 3. Under the FAA proposal, the inspections of wiring in transport category airplanes will start in 2007.

FAA justifies the program on the grounds that wiring has received short shrift. "Airplane manufacturers have delivered airplanes that have wiring problems when they leave the factory, or such problems have later developed in service, as evidenced by resulting mandatory corrective actions [i.e., airworthiness directives]," FAA said in its Oct. 6 notice of proposed rulemaking (NPRM).

Actually, the rulemaking stems from more than just lurking problems on delivery. The inspection program also is the result of safety investigators' findings in the United States and Canada regarding the parlous state of wiring, which culminated in the crash of TWA Flight 800 in New York and the loss of Swissair Flight 111 near Nova Scotia. In the case of Flight 800, arcing triggered a fuel tank explosion, and in the case of Flight 111 a runaway fire behind and over the cockpit also resulted from arcing. Inspections of other aircraft revealed a host of wiring problems, which lent impetus to the new round of fleetwide inspections.

Details of how to conduct the inspections are contained in a draft advisory circular published Oct. 18. Basically, the aircraft is divided into zones. If a particular zone (a) contains wiring, (b) is likely to contain combustible materials, such as thermal/acoustic insulation blankets or lint, and (c) has wiring that runs 2 inches (5 cm) or closer to both primary and backup flight controls, the zone must be inspected.

But there are a number of problems with the approach FAA has proposed. First, the 2-inch separation is a minimum and may not be enough. Let me quote from the National Transportation Safety Board's final report of the TWA 800 investigation:

"Although airplane manufacturers generally provide protection for certain critical electrical circuits, there is no FAA regulation that specifies wire separation criteria or identifies which circuits must be protected....Safety Board investigators reviewed the general wire separation standards and practices of several airplane manufacturers and found that these standards are not uniform. For example, Douglas Aircraft Company specified that wiring for certain systems (including FQIS [fuel quantity indication system] and other fuel system wiring, fire warning system wiring, primary generator feeder cables, and electro-explosive devices) must be separated by at least 3 inches (7.6 cm) from other electrical wiring. In contrast, Boeing specifications do not require protection for some of the systems specified by Douglas (such as the FQIS) and, for those systems that are designated as protected, the required separation distance is only 0.25 inch [0.6 cm] in pressurized areas and 0.5 inch [1.3 cm] in unpressurized areas.

"The potential for short circuits to damage nearby wiring (more than 1 inch [2.5 cm] away) has been documented in Safety Board investigations of numerous accidents and incidents."

Some experts on wiring argue that 3 inches (7.6 cm) is a better standard, and some claim that 6 inches (15.2 cm) is better yet, given the potential of collateral damage from arcing.

The other problem with these inspections is that they are restricted to what is described as general visual inspections, or GVI. These inspections are done close enough to touch the wiring, or with a handheld mirror. Yes, this approach will catch really egregious wiring faults, such as severe chafing, heat damage, and such. But visual inspections will not catch all breaches in insulation, which often manifest themselves as intermittent faults that can be maddening to track down and repair. Nor will the visual inspections involve a breakdown or disassembly of wire bundles to uncover and examine all the wiring buried deep inside.

So one has to ask if these inspections are going to be worth the effort. For the operator running a tight maintenance operation, the payoff may be marginal, but positive. For less reputable operators, with indifferent attitudes about wiring husbandry and dirty airplanes, the program is probably well worth doing. FAA has put forth the idea that wiring is a system, which needs unique care, just like the black box or actuator to which it is connected.

The inspections are to be repeated at intervals for the life of the airplane. Obviously, they will get more onerous over time. And that raises a pertinent question: if the proper functioning and safety of wiring is so important, why not just replace it at, say, 15 years (the standard definition of an "aging" airplane)? This is what FedEx did when converting the DC-10 to the two-pilot cockpit MD-10. A few years ago Air Canada performed a wholesale replacement of wiring on its aging fleet of DC-9s. Under the so-called Energizer Program, all the wiring was removed and replaced, primarily to improve dispatch reliability but also for safety's sake.

Most recently, the U.S. Navy has embarked upon the complete rewiring of 30 C-2 aircraft, which amounts to some 23 miles (37 km) of wiring per aircraft. These turbine-powered aircraft are used for carrier onboard delivery. "The old wires were susceptible to moisture and becoming brittle," says project engineer, Don Sana.

Complete rewiring has a number of advantages over mere visual inspections. For one thing, high-power circuits can be better separated from low-power signal wires. Right now, the two types of circuits are run in the same bundle on many aircraft, which just aggravates the damage potential of electrical arcing.

Second, complete rewiring goes a long way towards eliminating troublesome intermittent faults. And it does so by replacing the old wire with the newest and best types, thereby eliminating the aromatic polyimide wiring insulation alluded to by Sana.

Third, separation can be increased from the bare minimum of 2 inches to 3 or even 6 inches, especially when high-power wire and cable are separated from other low-power signal circuits.

Fourth, wiring inside bundles will be replaced. And the bundles themselves can be, shall we say, disaggregated, from one 4-inch (10-inch) -thick assemblage of wires to two 2-inch-diameter groupings. By this means, improved segregation of vital wiring is accomplished, yet both bundles, with protection between the two, will fit within the same structural cutouts in the airplane.

The visual inspections proposed by the Federal Aviation Administration are just the first step. For new aircraft, there is an opportunity to design the wiring system better; I have a suspicion that wiring runs have been designed for ease of manufacture, but there is a growing imperative to design them for ease of maintenance, as well.

David Evans may be contacted at devans@accessintel.com. 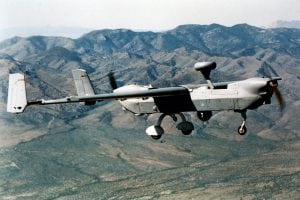