Two business jets of the same make and model owned by two different companies sit next to each other on a lonely airport ramp in a remote country. While eating lunch at the hotel restaurant a few miles away, the pilots of one jet receive an alert on their UHF transceiver. They use the transceiver to interrogate the aircraft and discover that the left wheelwell sensor detected an intrusion. This could still be just a cat or a bird, but after the alert sounds for the eighth time in 24 minutes, the pilots decide that something's wrong. Returning to the airplane, they don't see anything out of the ordinary, so they turn on the aircraft power to check out the systems, and a stream of fluid pours out of the left wheelwell. Subsequent investigation revealed that a mechanic "borrowed" an hydraulic hose fitting from their plane to fix the other company's jet.

Sounds like a crazy scenario? According to www.planecrashinfo.com, approximately 8 percent of fatal aircraft crashes between 1950 and 2004 were caused by aircraft tampering or sabotage. And according to Securaplane founder, Richard Lusko, a scenario similar to the one introducing this article actually happened to a Securaplane customer.

"Wheelwells are an area of concern because a lot goes on in there," says Lusko, who founded the Tucson, Ariz.-based aircraft security system company in 1988. "It's an easy place to plant a 5-pound [2-kg] bomb or to tamper with the aircraft."

The Securaplane 500 Aircraft Electronic Security System uses DO-160C-compliant passive infrared (IR) sensors with temperature compensation to detect human intrusion in wheelwells, plus a customizable number of ruggedized, all-metal magnetic reed switches for door or panel detection. Each reed switch comprises two ferromagnetic blades encapsulated in a non-ferromagnetic metal body. When the magnet on the door or panel pulls away from the airframe-mounted switch as it is opened, the switch blades spring into an open position, triggering the alarm. A control display unit (CDU) mounted in the aircraft cabin allows the crew to arm, disarm and interrogate the system. The CDU also stores up to 1,600 events, including arm/disarm times, and intrusion times, locations and duration.

Currently the aircraft crew receives intrusion alerts from up to 10 miles [16 km] away--depending on terrain and line of sight availability--through the system's UHF transceiver. The transceiver also can be used to arm, disarm and interrogate the system. Securaplane plans to launch a GSM version to allow pilots to receive alerts and interrogate the aircraft through GSM-enabled cell phones or personal digital assistants (PDAs) by the second quarter of 2006.

According to Mike Anderson, director of avionics for authorized Securaplane installer, Garrett/Piedmont Hawthorne/Associated, typical areas receiving IR protection include wheelwells, engine cowlings, the avionics bay and cargo bays. Magnetic reed switches protect doors and easily removable access points, such as inspection panels. "One of the criteria we use [for determining where to place sensors] is whether somebody can get into the area fairly easily," Anderson says. "A panel that's attached with a Zeus fastener, where someone can get access fairly quickly, do something and then close it back up fairly quickly--that's what we want to protect. If a panel has 200 screws holding it down, we don't worry about that."

Although some customers are happy with sensor-only security systems, many choose to add one or more cameras to their system. According to Lusko, cameras often fill several roles, including safety, security and in-flight entertainment.

"Part of the configuration of the camera system is to allow the crew to see the main and nose landing gear," Lusko says, noting that the cameras help the crew verify the gear are down and locked on landing. And on larger aircraft, the cameras determine wheel positions in relation to the tarmac and lighting fixtures during taxi. "That same video can be piped to the cabin for in-flight entertainment, and [the same camera can be] used as part of the security system when the security system is armed." For the cockpit view, the signal can be mapped to a T-display (showing the three sets of landing gear) on any video-capable multifunction display.

Other customers prefer to install security systems consisting completely of cameras. UK-based AD Aerospace specializes in aircraft video security on a wide range of aircraft from airliners to large corporate jets. Its FlightVu Defender system, developed for the corporate aviation market, consists of up to eight cameras that use video motion detection (VMD) technology to provide comprehensive peripheral coverage of the aircraft on the ground.

"For a Gulfstream or a Global Express you'd typically use four or five cameras mounted throughout the airplane," says John Dolan, vice president of business development for AD Aerospace. "[The system] might even use an underbelly quad-pack, which is a 360-degree view camera pod."

Available in both color and monochrome, and in both overt and covert body styles, Defender cameras use VMD to compare frames, looking for any difference between one frame and the next. Differences constitute movement, which in turn may trigger an alarm. Alarm video signals are fed to the onboard digital video recorder, where they are digitized, compressed and stored on a removable hard drive. The hard drive stores approximately 10 hours of data with an update rate of 12 pictures per second. Pilots can review the stored video on the ground via an Ethernet connection from a laptop or through the aircraft's in-flight entertainment system containing the IP-addressable FlightVu video server.

Defender also can be configured to transmit the alarm video signals via a low-power, frequency-hopping spread spectrum microwave link to an antenna stationed at a hangar or terminal building. Pilots or other flight department personnel can then remotely access the video images via modem with a laptop or personal computer. Text messaging using a short message service (SMS) also can be employed to alert pilots of alarms.

The system also can be used in conjunction with AD Aerospace's other FlightVu products for additional safety and security. These include the FlightVu Witness closed circuit television camera system for in-flight cabin and cockpit security, CargoVu for larger aircraft with cargo holds, and FlightVu Spectator for in-flight entertainment.

Despite their ability to indicate that an aircraft has been compromised, security systems can present a burden to the pilots who have to respond to the alarms. Because wheelwell sensors cannot tell the difference between a cat and a human, and video cameras cannot tell the difference between a lineman walking past the aircraft and a terrorist approaching the aircraft, pilots often have to respond to false alarms.

To reduce the number of false alarms, Securaplane is introducing a range controlled radar (RCR) sensor that can be configured to scan a defined radius and ignore any readings past the specified distance. "It's actually a miniature radar using very low power and yet [is] very effective," Lusko says. "We can set [the RCR] at any limit we want--3 feet, 5 feet, 4 feet [0.9, 1.5, 1.2 m]--and it doesn't see beyond that. So this is a breakthrough in security."

The $1,800 RCR, expected by March of 2006, also will be more cost-effective than traditional IR cameras, which start at $20,000 per camera, according to Lusko. Securaplane currently is developing an underbelly pod that will include four RCR sensors and a GSM transmitter. Pilots will be able to view, on a GSM-enabled cell phone or PDA, a graphic of the intruder's path around the airplane, including any place the intruder stopped. Lusko expects the pod to be available in late 2006.

A critical concern regarding security systems is the amount of power they consume on the tarmac. Security systems cannot draw on aircraft batteries and must run on their own emergency supplies. Using mainly low-power magnetic reed sensors drawing a few mA each, the Securaplane 500 system can last for five to seven days on its BP-550 power communications unit and for seven to 10 days if an additional BP-650 battery pack is installed. Adding the RCR would only draw another 4 to 5 mA, compared with a standard camera's 180 mA.

While the majority of corporate operators are satisfied with camera and sensor-based aircraft security systems, a select few are worried about threats of a decidedly more sinister nature--shoulder-fired missiles. Although a number of companies have developed or are developing onboard anti-missile defense systems for military and commercial aircraft, BAE Systems' AN/ALQ-204 Matador infrared countermeasure (IRCM) system is available as a factory-installed option on Gulfstream G300, G400, G500 and G550 aircraft.

The Matador protects against heat-seeking surface-to-air missiles (SAMs) by using an infrared lamp to present a false target to lure the missile away. "The missile tries to lock onto a heat source, and the [aircraft engine] exhaust is the place where it wants to lock," says Matador program manager Scot Chebin. "The Matador provides a false target, away from the aircraft, that's hotter than the exhaust's heat signature. This deters the missile from hitting the airplane." The Matador requires little pilot attention. Once the pilot engages the system, usually during taxi procedures, the Matador continuously projects the false target to protect the aircraft. At altitude the pilot can leave the system on, turn it off or put it in standby mode, depending on the area of the world in which the aircraft is flying.

Although the Matador system was first developed more than 20 years ago for the U.S. military and has seen action in a number of conflicts, its $2.25-million price tag and approximately 200-pound [91-kg] weight penalty deterred civilian customers until the late 1990s, when several countries began requesting the system for their heads of state aircraft. Since 1999, nine heads of state flying nine different aircraft platforms have installed the Matador system.

However, although Gulfstream offers the unit as an option, the U.S. State Department has not yet released the technology for public use, meaning corporate aviation customers currently are not allowed to purchase the Matador option. BAE Systems is working with the State Department to obtain a release for its first corporate customer, and expects to obtain the go-ahead, with certain restrictions, by the end of the year.

"Before 9/11 there really wasn't a reason for [the Matador] to be offered in the commercial marketplace," says Bill Emerson, BAE Systems business development director. "Now we're looking at the terrorist threat in a changed world. We're making the technology available to business jet operators now because there's a need in a post-9/11 environment."

Although it also is currently available only to military customers, a Compact Airborne Early Warning and Control (CAEW&C) system has been developed by Israel Aircraft Industries' Elta System Group for the Gulfstream 550. Elta's CAEW&C system includes phased array radar, phased array identification friend or foe (IFF), signal intelligence (SIGINT) and a communications system with a data link and satcom system. 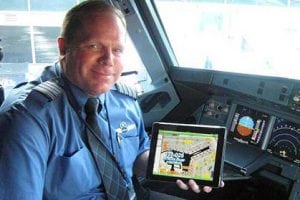 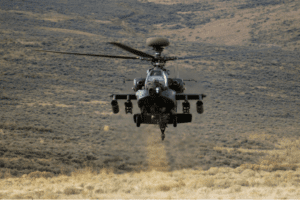 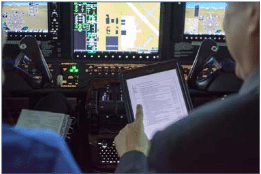