Perspectives: Galileo: Satnav with a Difference

Europe is building its own global satellite navigation system (GNSS), Galileo, which will offer accurate positioning and timing under civilian control. Galileo will be compatible with the two other existing satnav systems, America's GPS and Russia's GLONASS. A user will be able to employ the same receiver to calculate his position, using signals sent out by satellites from different constellations, but Galileo will offer all users a bi-frequency system whose position information is accurate to 1 meter (3.3 feet). This is unprecedented for an openly accessible service.

Apart from extreme circumstances, the service will always be available, and its users will be informed within a few seconds of a potential disruption to one of the satellites. Thus it will be usable for safety of life applications requiring the highest security level, such as plane landings, train traffic management or car guidance.

The first experimental satellite will be launched by the end of this year in the context of what is called the Galileo system test bed. The satellite will allow the program to check critical technologies under development and to secure frequencies allocated to Galileo within the International Telecommunications Union.

Then four satellites will be launched to validate the Galileo constellation's basic design and its associated ground segment. When this "in-orbit validation" phase is completed, the remaining satellites will be launched to achieve full operational capability. Once fully deployed, the Galileo constellation will comprise 30 satellites (27 operational and three backup), deployed on three planes on medium Earth orbit (MEO) at an altitude of 23,222 km (14,467 miles) with an inclination of 56 degrees relative to the equator. This will ensure perfect coverage of our planet with the help of a network of stations distributed all around the Earth. Galileo will be the first complete civil satellite navigation system.

Today Europeans have no other choice but to use data provided by GPS or GLONASS to determine their position. But the military operators of these systems don't want to give any guarantee on the continuity of service. Satellite localization has become the standard for high seas navigation, and it soon will be the case for terrestrial transports and air traffic. If the signal were disrupted, a lot of sailors would find it difficult to go back to conventional tools, such as sextants, to calculate their positions. In a few years, when satellite positioning will be widespread, the consequences of a signal disruption will be worse, endangering not only the efficiency of transport systems but also the security of people.

As early as beginning of the 1990s, the European Union understood how important it was that Europe should have its own worldwide satellite navigation system. The decision to develop such a system can be compared to decisions taken in the 1970s to launch other big European projects, such as Ariane or Airbus. The European Commission (EC) and the European Space Agency (ESA) have joined forces to create Galileo, an independent system under civilian control whose quality will be permanently guaranteed.

This GNSS system will allow the emergence of value-added services and products meant not only for road, rail, air and maritime transport, but also for applications such as fishing, precision farming and oil prospecting. Furthermore it will become a crucial tool for emergency services such as ambulances and fire fighting. Social and economic spinoffs from Galileo, in Europe, as in the world at large, will be huge.

A recent analysis predicts a cost benefit ratio of 4-to-6 and the creation of more than 100,000 jobs. No other infrastructure project in Europe is expected to achieve such results.

The EC and ESA are cofinancing the design, development and in-orbit validation phase. But the Galileo program is open to the participation of the private sector, notably in its operational phase. The Galileo Joint Undertaking, jointly created by ESA and the EC, currently is selecting the future Galileo operator.

Waiting for Galileo, Europe already is working in satellite navigation. ESA, with the EC and Eurocontrol, is developing EGNOS (European geostationary navigation overlay service). This is a network of ground stations, correcting and processing GPS signals and transmitting the improved data via geostationary satellites. Compatible with equivalent systems in the world, such as the wide area augmentation system (WAAS) in the United States or multifunctional transport satellite-based augmentation system (MSAS) in Japan, EGNOS is expected to be declared operational this year for non-safety of life applications and certified for safety of life services by 2006 or 2007. EGNOS is the first step for Europe in satellite navigation, paving the way for Galileo, whose first services are expected in 2008.

Dominique Detain is communications manager for the Directorate of European Union and Industrial Programs at the European Space Agency. 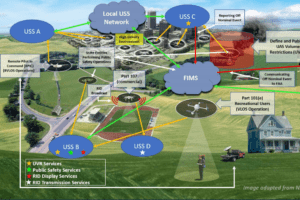 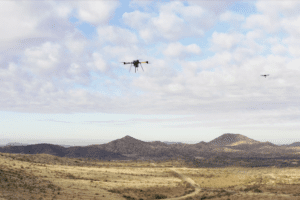