Efforts to drive throughput on the Mil-Std-1553 bus are accelerating, as another company enters the arena. Will there be a "Mil-Std-1553C" standard next year?

Although data buses are hidden away in the bowels of an aircraft, their throughput helps to define what functions can run on board. The faster the pipe between avionics boxes, the more ambitious the onboard applications can be.

The case in point is Mil-Std-1553, the internal data communications path found on most U.S. military aircraft and even on platforms still in development. The trouble is that 1553 pushes data at only 1 Mbit/s. New network centric warfare, sensor, communications and video applications will strain this data bus beyond its limits.

Engineers are struggling to find a technology--the modulation scheme and associated transmitter and receiver hardware--that can push signals over existing 1553 wires at higher speeds while not disturbing legacy traffic. But higher speeds and higher frequencies result in higher emissions and greater signal loss. If the legacy bus is long and incorporates a lot of terminals, couplers and stubs, usable bandwidth may be only 40 or 50 MHz.

Three or four years ago, SBS Technologies experimented with digital subscriber line (DSL) and other protocols to achieve higher data rates. At higher speeds, how-ever, there were problems with bus retries and electromagnetic interference (EMI), says Ron Rupert, the company's chief technologist. "You're either susceptible to noise because you have such a small signal level, or you're putting out high-frequency noise that can cause other problems."

The answer, at least in the near term, may lie with a small Canadian company, Edgewater Computer Systems Inc., which accepted the U.S. Air Force's longtime challenge of accelerating the bus. Edgewater has demonstrated greater than 200-Mbit/s throughput over existing 1553 cable--concurrently with legacy bus operation--with a bit error rate of 10-12. That's 200 times the current throughput with the equivalent of one error in every trillion bits.

If the company's laboratory hardware can be turned into an affordable, flight-worthy system, older aircraft could add bandwidth-hungry network-centric applications without having to be torn inside out. Rewiring the legacy fleet would be extremely costly and require years of downtime. That's just not going to happen.

Edgewater has been working with the Air Force Research Laboratory (AFRL) and the Ogden Air Logistics Center's F-16 program office. Edgewater will contribute to the development of a new 1553 specification--tentatively known as Mil-Std-1553C. A triservice standard development process is likely. But the final product will be a "generic" standard, stripped of any proprietary data. That document now is expected by late next year. Procurements beginning in early FY06 are to be based on the generic standard.

Edgewater has been working under a 50 percent cost-shared, $3.5-million award from AFRL. This 2003 dual-use science and technology contract specifies the demonstration of 200-Mbit/s performance, with a goal of 500 Mbits/s.

Older versions of the F-16 are expected to launch high-speed 1553 technology, as part of an upgrade of two boxes. If all goes well, the service could begin flying it next fall. These aircraft also could benefit from higher data rates for equipment such as the joint helmet-mounted cueing system and the joint tactical radio system (JTRS). Other obvious candidates include moving maps and real-time video.

Edgewater, however, is not alone in developing high-speed 1553. Data Device Corp. (DDC) is internally funding hardware development, simulation and testing. The company has been invited to participate in the standards development process, says Mike Hegarty, principal marketing engineer. DDC brings a knowledge of the legacy 1553 bus and signal integrity issues.

The high-speed 1553 protocol may differ markedly from that of the legacy bus. If designers add avionics boxes requiring more bandwidth, the overlaid system would require high-speed but low-power transmitters, more sensitive receivers and digital filtering on the receive side. An "intelligent receiver," making use of digital signal processing to compensate for signal distortion, perhaps could operate efficiently at higher frequencies. Significant use would be made of error detection and correction schemes.

The new system's performance margin also would vary between aircraft types, depending on factors such as the cable length, the number of terminals, the number and types of bus couplers, and the noise environment, Hegarty says. Throughput could range from 50 to 500 Mbits/s.

In the lab DDC has demonstrated a level of performance that is much higher than traditional 1553, Hegarty says. The company is using a modern coding scheme derived from the telecom world. The modulation scheme is key to high-speed efforts, as it allows the transmission of multiple bits per hertz, permitting higher bandwidth over the cables at acceptable frequencies.

But running higher frequencies over existing cables produces attenuation, distortion and reflection. A certain amount of power is needed on transmit to produce a readable signal at the other end of the cable. If the signal is too small, the receiver won't be able to pick it out of the noise. But too much power produces unacceptable radiation and failure to meet EMI requirements.

DDC's experiments and analysis have led the company to believe that a mid-sized bus--150 to 200 feet (45.7 to 61 m) long with about 16 terminals--could provide 80 MHz to 100 MHz of usable bandwidth, Hegarty says. And even at the "very reasonable" bandwidth of 20 to 40 MHz, there could be "hundreds of megabits of available capacity." Communications theory predicts that the physical channel could support much higher bandwidth, but how that would be implemented is not clear.

DDC has developed "baseline configuration" hardware that is ready for integration, Hegarty says. The company has proven internally that it can transmit millions of bits per second concurrently with legacy 1553 without errors, adds Amir Massumi, DDC marketing director. But, in order to produce flightworthy hardware, DDC will require a partner.

The Society of Automotive Engineers (SAE) also has set up a High-Performance 1553 Task Group, says George Sponsler, Excalibur Systems vice president. This group is trying to characterize the cables, couplers and noise environment that the high-speed system would have to operate in, as a baseline for further progress. Sponsler anticipates the need for "equalization filtering" to compensate for losses in the cable and the poor data transfer characteristics at frequencies higher than what was originally specified.

Meanwhile, the SAE specification for a military and aerospace version of the IEEE 1394b FireWire interconnect recently passed voting, Sponsler says. Lockheed Martin is using a version of the spec for F-35 Joint Strike Fighter vehicle management and engine control functions. The IEEE standard promises a growth path beyond 400 Mbits/s to 800 Mbits/s, 1,600 Mbits/s and all the way to 3,200 Mbits/s, he adds.

Excalibur is developing a 1394b test card in PCI format. Expected early next year, the board will feature three nodes and three ports per node. SBS Technologies also is about to release a conduction-cooled 3U compact PCI (cPCI) 1394b card. It sees interest in FireWire from the unmanned air vehicle market.

National Hybrid Inc. (NHI), meanwhile, is promoting a 10-MHz, 10-Mbit/s multidrop version of Mil-Std-1553 that the company says will run on cables 300 feet (91.4 m) long and loaded with up to 30 terminals. Aimed at new applications, the 10-MHz bus would require 100-ohm cable, rather than the traditional 78-ohm line, for maximum efficiency. A product is expected in the first quarter of 2005. The new design avoids the use of traditional couplers and employs a new part that combines transceiver and transformer into a single package.

In the 1-Mbit/s 1553 realm, vendors continue to increase channel density. Condor Engineering has released a Compact PCI test and simulation card with up to four channels and 18 avionics-level discretes. It will be available in commercial and conduction-cooled formats.

Excalibur has developed a new 1553 module for its Magic Plus 4000 multiprotocol family, which features a 400-MHz Intel processor. It also has released a Mil-Std-1760/miniature munition store interface (MMSI) card in the Magic 4000 family for use with enhanced bit rate (EBR) 1553.

AIM has developed a next-generation common core (NCC), including modules whose design is fundamentally the same regardless of the protocol involved. (The protocol is programmed into firmware.) The company also is poised to release a third-generation data bus analyzer. The Windows-based package initially will support Mil-Std-1553 and Stanag 3910/EFEx.

AIM expects to release a 1553 product early next year, using PCI-X, a faster version of PCI technology. It will employ the NCC architecture.

SBS has introduced a third-generation family of 1553 cards in PMC, PCI and 3U cPCI formats, based on field programmable gate arrays. The PCI interface boards can fit up to four channels of 1553, while the cPCI product supports up to three channels. NHI also is about to introduce a Bus+ device for the legacy bus that combines transceiver and transformer into a single package.

In other news, Data Bus Products now offers box-mounted couplers that are internally terminated for every position, reducing the possibility of miswiring the bus. And UK-based BCF Designs has delivered the first of 120 1553 harness testers ordered by the U.S. Naval Air Systems Command. The company claims that some 750 systems have been fielded worldwide.

Ballard Technology has expanded its Omnibus product line, introducing a 6U VME card with up to 64 ARINC 429 channels. The board also includes an optional PMC site that can host third-party cards. Omnibus products are built around a core architecture, and this card can fit up to four 16-channel 429 cores. It supports the nonproprietary Linux operating system and can be operated via remote procedure calls.

On the network side, companies are offering or planning to offer products for the avionics full-duplex switched Ethernet, or AFDX, and its accompanying standard, ARINC 664. More business is expected in the United States to support the new Boeing 7E7. Gigabit Ethernet products also are on the rise, as programs like the Future Combat System accelerate demand.

German specialist Tech S.A.T. has introduced an AFDX test card in the PMC format. The product can handle the full, 100 percent bus load of 100 Mbits/s on both transmit and receive, says the company. The board includes two 10/100-Mbit/s transceivers and a 300-MHz central processing unit, as well as protocol error injection and detection. It provides AFDX data recording, raw data recording and a snoop mode, where all message identifiers are detected over a time period.

Tech S.A.T. also has unveiled AFDX BA, a bus analysis and simulation tool. The software can be used for real-time or off-line analysis and comes with a special feature for reassembling fragmented AFDX messages.

Ballard Technology is developing an AFDX/664 interface card and simulation/ analysis software, as an extension of its Omnibus family. The company plans to start with the PCI format and have a product early next year. Excalibur Systems is working on the technology, as well, and expects to add a PCI-based AFDX test card to its lineup by mid-2005.

In the Gigabit Ethernet arena SBS Technologies has announced a switch based on a conduction-cooled 3U Compact PCI format. The eight-port unit is designed for Layer-2 Ethernet switching.

DDC is developing a conduction-cooled, Gigabit Ethernet PMC card for the flight market. Expected to debut in early 2005, the product will use the TCP/IP offload engine concept to offload protocol processing. The dual-channel hardware is expected to support automatic fail-over and fiber as well as copper media. 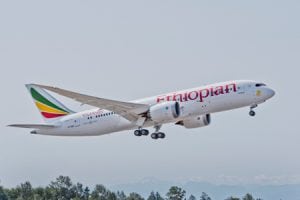 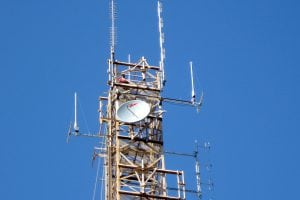