The Republic of Uzbekistan recently issued a $12.7-million contract to Lockheed Martin Transportation and Security Solutions for the modernization of its air traffic management (ATM) and defense systems. The company will update two of the country's radars, its radar situation displays and interfacility communications at command posts in Samarkand, Tashkent and the Khanabad air base. Lockheed also will install its SkyLine ATM system at the Khanabad aerodrome. Visit www.lockheedmartin.com.

JetBlue Airways has signed a 10-year maintenance agreement with Thales for its fleet of 59 Airbus A320 aircraft. The Thales products on the A320 include the electronic flight controls, navigation gear and cockpit flight display systems. Visit www.thalesgroup.com.

Honeywell has introduced a family of "macrocells" for multiband military and civilian GPS applications, as well as for single-band, embedded communications devices. Macrocells are mixed-signal building blocks that enable the addition of analog and digital circuitry. They can be incorporated into three major integrated circuit processes. Visit www.honeywell.com.

The U.S. and the European Union have signed an agreement that sets the terms for interoperable, civil satellite navigation services based on GPS and Galileo, but that also protects the new U.S. military GPS signal. The Galileo system will roughly double the number of navigation satellites, dramatically improving signal availability and reliability. The "gentlemen's agreement," as one source describes it, spells out which modulations are acceptable. Both sides have adopted a common methodology for calculating the impact on the U.S. military M-Code of any proposed changes to signal structure, and the Europeans are obliged to negotiate any proposal that "trips these criteria."

The EU accepted the U.S.-proposed binary offset carrier (BOC) 1.1 modulation in the L1 band. And the U.S. agreed to incorporate the modulation in its GPS III system. The agreement also establishes a framework for future trade negotiations.

At the same time, however, the U.S. Defense Science Board commenced a top-to-bottom study of GPS's future in the context of the emerging Galileo system. Among the issues to be reviewed are: how to provide services within GPS that are attractive enough to ensure its commercial viability, possible alternatives to radio navigation, the pace and resources for civil and military modernization, and the future of GPS management within the military.

In a pilot program, a Hermes 450 unmanned air vehicle (UAV), equipped with electro-optic sensors and communications gear, will be used to supplement manned vehicles providing surveillance in southern Arizona, along the Mexican border. EFW Inc., the U.S. subsidiary of Israel's Elbit Systems Ltd., will lease the vehicle to the U.S. Department of Homeland Security (Customs and Border Protection) for the program, which is part of the Arizona Border Control Initiative. EFW and Elbit also will provide the UAV's ground control stations, operational crews and support personnel. Flight operations are to begin this summer. The program may be expanded to include the U.S.-Canadian border. Visit www.efw.com.

Northrop Grumman has begun assembly of the U.S. Navy's EA-18G, the electronic attack aircraft that will start to replace the EA-6B Prowler by the end of the decade. The company plans to deliver the first EA-18G fuselage shipset to prime contractor Boeing in March 2005. Like the Prowler, the EA-18G will perform surveillance and electronic jamming of enemy radars and communications networks. Its electronic attack suite is based on the increased capability (ICAP) III system developed for the Prowler. Prowlers today transmit electronic signals over broad frequency ranges to "blind" enemy threat radars in each range. The EA-18G, however, will use software to focus jamming energy on any frequency band being used by enemy surface-to-air missile system radars. ICAP III also uses geolocation targeting to find and target radars and other electronic emitters. Visit www.northropgrumman.com.

As part of Airservices Australia's quest for a low-cost automatic dependent surveillance-broadcast (ADS-B) system for general aviation aircraft, the agency has contracted Ulm, Germany-based Euro Telematik to provide its CDTI-2000 cockpit display of traffic information with accompanying software, for demonstration and evaluation. The system, which operates in connection with an ADS-B data receiver based on Mode S 1090-MHz extended squitter technology, will be delivered this autumn, according to a Euro Telematik official. Along with a panel-mount display, the company also will deliver, as a less expensive option, a display system based on off-the-shelf pocket PC technology. Both displays incorporate a moving map showing information from a terrain elevation database or from digital aviation charts. Airservices Australia plans to install 28 ADS-B ground stations to provide aircraft surveillance over Australia's vast and remote mid-country, where air traffic control radars would be costly to install and maintain. Visit www.euro-telematik.com.

The American Society for Testing and Materials (ASTM) International has developed an airborne sense-and-avoid (S&A) system standard for unmanned air vehicles (UAVs) operating in the National Airspace System (NAS). ASTM F2411 covers the design, performance and methods to prove compliance for systems that "would sense the presence of other aircraft in nearby airspace and would take steps to divert the UAV from the other aircraft in accordance with Federal Aviation Administration (FAA) requirements," according to an ASTM International release. ASTM's Committee F38 drew up the standard. Ryan Schaefer, an F38 Subcommittee member, says the document is "a first step down the road of getting FAA approval for UAV S&A sensors." But he adds that the standard was designed to address the overall problem of collision avoidance. Visit www.astm.org.

The Thales TopOwl helmet-mounted sight/display has passed operational tests on the French army's Tiger and U.S. Marine Corps' Cobra AH-1Z helicopters. The tests were conducted in May and June in the U.S. with the TopOwl serving as the helicopter crews' main flight control instrument. The TopOwl is a binocular helmet-mounted display and front sight that features visor projection of flight control symbology plus images from image intensifier tubes and forward-looking infrared sensors. Visit www.thales-avionics.com. 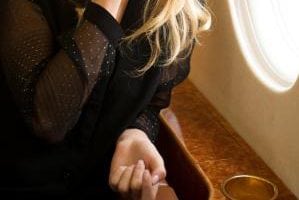