The National Air Transportation Association (NATA) has named Eric Byer director of government and industry affairs. He served as NATA’s manager of legislative affairs for the past five years. Prior to joining NATA in 1999, Byer held a government relations position with a management association firm and served on the legislative staff of former Congressman Bill Clinger, a member of the U.S. House of Representatives’ Subcommittee on Aviation. Visit www.nata-online.org.

Pentastar Aviation, a support company based in Waterford, Mich., recently promoted Randy Gornowicz from avionics lead to avionics shop supervisor. Gornowicz now is in charge of inspection and coordination of avionics installations, system upgrades and maintenance on aircraft. He earlier was a radio and electronics technician with Northwest Airlines and a U.S. Army technician. Visit www.pentastaraviation.com.

Connexion by Boeing recently announced the appointment of Elissaveta Ivanova as communications manager for Europe, to be based in London. Ivanova joined Boeing in 2001. Speaking six languages, she previously managed European programs for such clients at Hill & Knowlton and GCI Group. Visit www.boeing.com/connexion. 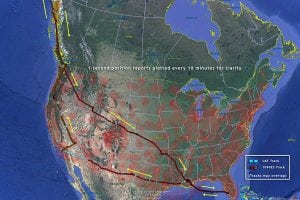