Readers will recall that more than three years ago we investigated the problems with personal, or portable electronic devices (PEDs) on board aircraft. We even conducted lab tests to show that the effects of PEDs were both real and easily duplicated.

Many have wondered if this problem has gone away, been corrected or never existed, especially since some airlines plan to add more computer services on board, including wireless Internet access. Clearly, some technical follow-up is called for.

The UK Civil Aviation Authority (CAA) released on April 30, 2003, a detailed paper, titled "Effects of Interference from Cellular Telephones on Aircraft Avionic Equipment." It can be found on the Web at www.caa.co.uk/docs/33/CAPAP 2003_03.PDF. I urge anyone interested in this problem to download and read this article, a thorough examination–including all common international cell frequencies–of this type of PED.

CAA found clear instances of interference and recommended that the ban on cell phone use in aircraft, once the doors are closed, should continue where CAA has jurisdiction. The agency encountered varied and unexpected effects due to signal interference–from compass errors to the triggering of smoke detector alarms. Equally important, the report noted that the random nature of these effects lessened flight crew attention to cockpit warnings, making pilots question and even ignore some warnings, a potentially critical operational problem.

NASA also has a Web site for pilot reports of flight incidents. The main gateway for this information is http://asrs.arc.nasa.gov/main.htm. The section dealing with PEDs (defined there as "passenger" electronic devices) is located at http://asrs. arc.nasa.gov/report_sets/ped.pdf. Many of the NASA reports are chilling because they indicate a total lack of cooperation from passengers to comply with direct orders to stop equipment use, even when operational problems are reported in the cockpit. Obviously, some passengers put their personal priorities ahead of safety. The large energy output of PED transmissions–whether from walkie-talkies, pagers, cell phones or satellite phones–creates an intrinsic problem in an aircraft.

There have been many levels of DO-160 testing over the years. The current tests are more aggressive in determining radio frequency (RF) susceptibility than those for early releases of the specification. Many older items were approved with literally no susceptibility tests performed because the test regimens then did not require them. This does not mean an older product is vulnerable to RF; it is merely an observation of how the standards have evolved and how products were "grandfathered" under prior approvals.

Our lab tests showed that airborne radios can easily detect bus emissions and central processing unit (CPU) clock signals of relatively low levels in Federal Communications Commission- (FCC) approved laptops if a line-of-sight path exists to the radio antenna or antenna feed line. Since computer bus emissions are software execution-related, reproduction of the problem must be taken into account.

We noted that interference was narrowband in nature and could block a single channel yet not affect many surrounding nav or com channels. I believe this effect will be seen most often in aircraft with considerable window and composite areas–helicopters in particular–and in smaller commuter aircraft, where the passengers and their PEDs are close to antennas.

High emission environments with significant harmonic content–caused by raw digital signals–also will produce bad reception of GPS signals. Loss of GPS reception can be demonstrated in the presence of several operating devices that are not obviously frequency-related to GPS.

In our tests we were surprised to see large RF emissions from many consumer items, especially plastic-housed electronic toys and CD/ MP3 (MPEG-3 compression format) audio players. These electronic items, mainly from China, seem to get only the most cursory FCC Part 15 compliance testing, if any at all, and are unsuitable for use in many aircraft.

With the upcoming aircraft that include wireless and hard-wired Ethernet for Internet access, the interference issue becomes complex. It is possible to ensure that all avionics on new aircraft are susceptibility-hardened and to add additional passenger cabin shielding to combat some PED effects. That shielding also would have to protect against emissions through cabin windows (easily accomplished with transparent tin-oxide coatings) and cable runs that must pass through the cabin areas.

One risk that must be anticipated is that passengers almost certainly will attempt to use their cell phones and other wireless communication devices, such as two-way pagers and personal digital assistants (PDAs). These items generate a much higher emission level than a laptop computer. The potential use of ultra wideband (UWB) wireless communication links in portable equipment is highly problematic and has been shown to interfere with onboard avionics.

The mixed airframe environment potentially exacerbates the safety problem, as some aircraft are fully hardened and tested against interference, while others are in an indeterminate state. In this situation passengers will receive mixed messages about what is acceptable, and they will interpret bans as misinformed and not applicable to them. This will lead to operation of PEDs in the wrong aircraft.

FAR 91.21(a) says no person may operate, nor may any operator allow, the operation of any portable electronic device on any aircraft operated by the holder of an air carrier certificate. But FAR 91.21(b) goes on to say this does not apply to a PED that the operator of the aircraft has determined will not cause interference with the navigation or communication (or other electronic) system of the aircraft on which it is to be used. Responsibility is thus deftly transferred to the aircraft operator. Neither the regulatory agency nor the makers of the suspect equipment nor the airframe maker is given clear directives or is held accountable to control or achieve safe operation. This sorry situation is a recipe for trouble and is responsible for the lack of any significant progress in this area.

Cabin crew members often are left to try to get passengers to stop PED use. In addition, many devices continue to operate even when not in users’ hands. Here are suggestions to make air travel safer: 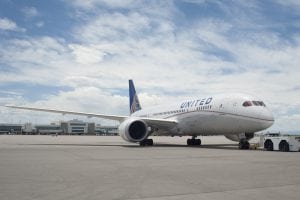