The Chicken and the Egg

The Federal Aviation Administration’s (FAA’s) decision in late May to shelve plans that would expand its controller pilot data link communications (CPDLC) coverage beyond the airspace served by the Miami air route traffic control center is a disappointment to the U.S. air transport community. The airline participating in the CPDLC program, American, and those with plans to participate are proceeding with equipage, in part, hoping that they can convince the U.S. government to resuscitate the program’s Build 1A (see story on page 20). Near term, their chances appear to be nil.

FAA’s decision was regrettable, and it withdraws from what Ira Pearl called "a prescription of how FAA can help the airline industry out." Pearl is Delta Air Line’s director of flight operations technical support and was the keynote speaker at the Teledyne Controls user conference held in April. During his talk, Pearl described the current economic "turmoil [afflicting] the most capital-intensive industry on the planet...over $14 billion in combined losses in 2001 and 2002."

How can the federal government help mitigate the U.S. carriers’ economic pain? Among Pearl’s suggestions was that "the government reduce the tax burden on the airlines, which carry even greater taxation than the so-called ‘sin’ taxes on alcohol and tobacco." And, he added, "government should assume the full financial responsibility for security requirements imposed for national security and defense."

But Pearl’s strongest argument was not for direct economic relief but rather for government to quicken the pace at which it implements new technologies that will make airline operations more efficient without compromising safety. "We spent a little over six months in this fiscal year, since last Oct. 1, with the FAA operating on a continuing resolution, effectively freezing any new programs that might enhance the capacity or efficiency of the [national airspace] system," he said. Quoting a General Accounting Office official who had testified early this year before Congress, Pearl added that "originally FAA tried to complete its modernization in 10 years at a cost of $12 billion. Now, two decades and $35 billion later, FAA estimates that it will need $16 billion more through fiscal year 2007 to complete key projects."

FAA’s decision to defer CPDLC Build 1A would seem to fall into what Pearl called "a classic chicken-and-the-egg scenario." Here he referred to FAA’s reluctance to develop and implement procedures and infrastructure if the airlines are not equipped to use it, while the airlines are not willing to invest in equipage until "the value proposition is compellingly strong."

FAA funding has been constrained by other U.S. government priorities, such as homeland security and the war in Iraq. It apparently must sacrifice the expansion of one program to advance another, perhaps more essential one, such as En Route Automation Modernization (ERAM). Such restriction is unfortunate, for Pearl was correct when he said, "What better time for FAA to develop its infrastructure than now, so [a modernized infrastructure] will be available when profitability and growth are restored." Implementing new technologies now also would prepare for the concurrent resumption of air traffic growth.

Building infrastructure first would end the chicken-and-the-egg scenario. Rightfully, FAA doesn’t want to build something the flying community won’t use. So to ensure that the user community equips and takes full advantage of FAA’s investment in modernization, Pearl suggested "there be real and quantifiable financial and operational benefits to the airlines for equipping."

To its credit, FAA has begun compiling quantifiable verification of CPDLC’s benefits to the airlines. The Mitre Center for Advanced Aviation System Development has been conducting an ongoing survey of CPDLC Build 1. The results have been largely positive, which no doubt contributes to the airline community’s enthusiasm for CPDLC.

For the airlines’ part, another Delta official told me that, even in the current sorry economic environment, the carrier would conduct "demonstration/validation testing, provided the technologies to be tested are of high strategic interest and the financial outlay is considered reasonable." Given Delta’s plans to equip aircraft for data link communications with air traffic control, CPDLC would appear to match Delta’s criteria.

With new technologies, FAA understandably does not want to adopt a simple "build it and they will come" approach. Doing so could waste both taxpayer money and airline money. But building an infrastructure smartly, with ongoing validation of results to establish cost/benefit analysis, will do much to ensure the airspace user community will come–and equip. Carriers such as American, Continental, Delta and FedEx are equipping for CPDLC, despite FAA’s decision. 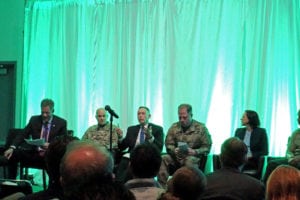 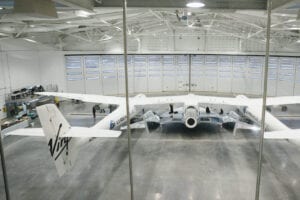