In my last column (April 2003, page 47), I noted problems associated with waste heat from avionics components. Here are some suggestions on optimizing boards and assemblies for heat removal.

In general, the best strategy is to eliminate waste heat production through more efficient design, rather than to try and remove it later, which may ultimately prove impossible. In the well-known Wulfsberg RT9600 FM transceiver, for example, designers used the mounting tray as part of the power supply to help meet the unit’s dual 14/28-volt operating requirement. This moved considerable heat away from the unit by attaching the series dropping resistors to the external tray mount.

Often, the circuit concept triggers huge amounts of waste heat. AM transmitter stages or series power supply regulators are notoriously inefficient and thus big heat generators. Where this is unavoidable, you might consider a different packaging strategy, such as making the antenna an active output stage–which also would reduce losses and lower interference. Or you could consider attaching the final output stage under an antenna, rather than in the radio. While I have not seen such an attachment done, I believe it could solve a wide range of problems within the airframe and may prove useful for new systems development.

If you use parts that generate significant waste heat–such as power transistors, power resistors, integrated circuits, rectifiers and zener diodes–you should try some of the following methods to reduce temperatures and temperature-induced damage:

Often, board layouts require that something hot be in a particular position, and that may not be well-suited to easy case attachment. In these instances, consider using a heatsink block, which is a thick transfer piece that allows the internal assembly to duct heat to an outside surface, while still permitting direct board attachment of the hot devices.

The best practice is to make power device attachments via a block, heatsink or bracket that can be removed easily from the outside surface, rather than by de-mounting the devices themselves. This avoids the high risk of improper reassembly during service.

Parts, such as tantalum and aluminum electrolytic capacitors, also must be actively protected from heat. Heat damages them easily, and they can fail in a catastrophic manner, starting fires or exploding if shorted. A good board layout needs to isolate these parts from anything heat-producing.

The use of 105-degree- or 125-degree-C-rated capacitors may be required for an adequate product life span, as conventional commercial parts top out at 85 degrees C. Coupled with a DO-160 required operating ambient of 70 degrees C (and survival of 85 degrees C), this leaves virtually no room for generated heat from adjacent parts or internal self-heating. Remember that even high-temperature-rated capacitors can withstand this elevated environment for only a brief time, and a life rating of only 2,000 hours at 105 degrees C is common.

Note that capacitors used in switching regulators will generate heat in proportion to their equivalent series resistance (ESR) and ripple current. Therefore, you may have to provide some heatsinking for these parts (even if only by large foil areas), and certainly prevent any external heat from reaching them.

Often in switching power supplies, surface-mount device (SMD) tantalums are closely positioned with regard to switching parts, such as chokes or catch diodes. These parts get quite hot and conduct heat to the capacitors via fat board traces.

This is a common technique and works fine in the consumer world if there is a lot of moving air exchange to cool the parts. In most cramped avionics situations, this same layout will fail at elevated temperatures and altitude, so be careful about how much heat is ducted into SMD parts via connecting traces. A bit of care at the board level layout with a thinner connecting trace saves a lot of trouble in the air.

Many heat management problems in avionics systems begin at the circuit board design stage and cascade into long-term service difficulties. The defaults of many computer-aided design (CAD) tools are set for very high-density, low-power digital interconnects. They are wrong for many other uses and don’t give the operator guidance as to what may be more suitable.

As a result, CAD tools can result in boards with flawed device footprint patterns and incorrect default track sizes. Examine the patterns for many discrete parts and you will find the pads and holes are too small to handle the required temperatures and power levels. Thus parts overheat, and pads are damaged during replacement.

At Sphere Research, for example, we were forced to make many new component libraries for Orcad and Protel CAD systems to get the durability we required. And we had to dramatically upsize the track widths to gain reliable traces for even routine interconnections. 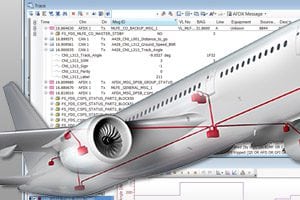 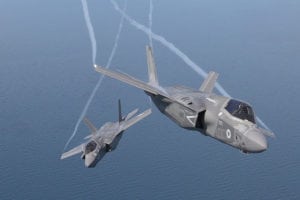 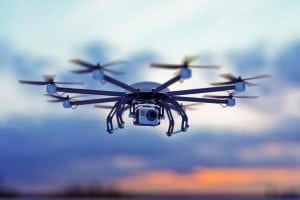