Cockpit switch technology moves slowly. LED (light-emitting diode) illumination, introduced more than a decade ago, has improved product reliability and reduced maintenance costs, but there is still a sizable market for its predecessor, incandescent lighting. Switches also are exploiting electronics and digital programming. Other innovations probably won’t be widely adopted in current economic conditions unless they address specific demands or reduce upfront costs.

Military projects such as the Joint Strike Fighter (JSF), the C-130 avionics modernization program (AMP) and the Airbus A400M are potential bright spots during this downturn in commercial aviation. Both the JSF and the C-130 AMP require lighting that is compatible with night vision goggles (NVG), although neither requires LED lighting, according to Dan Sugg, vice president of sales with

In both the military and commercial markets, original equipment manufacturers (OEMs) are cutting costs. "Technology performance is a given," says Paul Graham, president of Ducommon Technologies. "You either are or are not acceptable." The focus is on on-time delivery and part quality.

The challenge is offering a better value proposition, Graham adds. "Can [the OEMs] take their eyes off of you" and be sure you’ll get the job done? Customers are becoming "deadly serious" about their supplier rating programs and it’s hard to overemphasize the importance of the "preferred supplier" label, he asserts.

Add to that, customers are looking for "more solution-oriented products," Graham contends. Primes are taking on more responsibilities and sub-tier suppliers are moving up the food chain, as one observer puts it. This opens opportunities for companies with integrated assemblies (such as Ducommon’s caution light panel for the F/A-18E/F), engineering expertise and complementary products, as well as standalone switches.

On the commercial side there is equal, if not more emphasis on wringing costs out of the system. Large customers like Boeing and Airbus want to reduce inventory loads. They and their airline customers want quick parts availability, as well as reliability. The industry is moving to more of an automotive model, says Bob Jacques, civil aviation group manager at Korry Electronics. Buyers expect parts to be available where they bought their vehicle. Korry is working on a worldwide distribution system with different centers that could be co-located at its parent company’s facilities in Europe and Asia.

There also is an expectation that companies adopt "lean manufacturing" methodologies. According to Graham, lean enterprise techniques have allowed Ducommon to "be more cost-competitive and have streamlined processes and operations."

Leanness also translates to improved quality. Products at Korry, for example, are built using a single piece flow rather than batch-and-queue production, making it easier to find problems quickly and achieve consistent quality.

A potential new technology for non-mission critical applications is the flexible, touch screen, which is said to be a contender for electronic flight bag (EFB) equipment in the Boeing 777 and legacy aircraft. This technology has not been used in mainstream avionics because of concerns about the accuracy of pilot designation (i.e., pushing the correct button) during turbulence.

Touch screen displays also get worn or dirty with use and are difficult to operate with gloves, says Walter Shawlee, Avionics Magazine contributing editor and president of Sphere Research. "They usually need a tiny stylus to get accurate activation of a specific item, [which] could be ugly if it gets dropped in flight." It would also be a problem for pilots to keep touching a screen’s anti-glare coating.

Some manufacturers use microcircuits to encode a switch position (i.e., function)–its row and column location in a panel or keyboard–as a data stream over a serial bus. A microprocessor then reads and acts on the data. This approach can reduce the pin count–where individual pins are mapped to individual functions–simplifying switch design and lowering cost, comments Bob Bernstein, engineering manager with Spectra Lux. There is still physical contact, however.

Although they require physical contact, metal-dome, snap-action pushbuttons are the preferred technology now, says Bernstein. They are simple, cost-effective and "reliable enough," he says, providing 500,000 to 1 million cycles or pushes over the life cycle. LED illuminators are said to last millions of hours, reducing the need for service or requiring no service at all, but they cost slightly more than incandescents. Generally speaking, however, under current conditions, "innovation is only being welcomed if it lowers cost," Bernstein says.

Incandescents, in addition, get very hot. Their tungsten filaments evaporate, thin out and eventually break under shock and vibration. LEDs, by contrast, are not subject to shock and vibration and require less than half the current, explains Todd West, sales engineer with Aerospace Optics.

The Airbus A380 will use LED-based cockpit switches. Airbus is taking an across-the-board approach, Jacques says, "converting all of its platforms to LEDs." Even general aviation is looking at LEDs, he adds. "The technology has matured enough and the prices decreased enough so it makes sense."

That said, there is still healthy demand for less expensive incandescent-lighted switches both in military and commercial aviation. Except for the B777, for example, Boeing platforms are largely incandescent. For customers wishing to make the change, however, a number of companies provide LED-illuminators with "converter circuitry" that makes them adaptable to an incandescent environment.

A new communication management system with airborne communications addressing and reporting system (ACARS) and optional internal VHF data link Mode 2, from Spectra Lux and Pentar, uses high-brightness LEDs in the keypad. Designed for the commuter and helicopter market, the CMS-1000 is packaged in half the volume traditionally required.

Korry’s newest line of LED-illuminated pushbuttons is the Chromalux 389, which is fielded with the Cessna Sovereign and the Gulfstream G-500, -550, -300 and -400 aircraft. The standalone switch, which uses only half the parts of comparable incandescent products, can be matrixed into larger modules. The 389 also can adapt to different drive or input voltages. Luminance is electronically controlled, providing a constant level of brightness over the voltage range.

Aerospace Optics also offers a multifunctional switch, the Vivisun 5000. Software-driven, "pixelized" LED display technology allows the legend on switches to be programmed. This approach is useful if a lot of user functionality needs to be built into a limited-size block of switches. It is being used on the Patriot missile launcher, military hovercraft and on special ops C-130s, as part of the infrared countermeasures system. 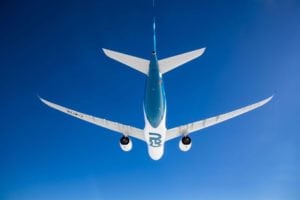 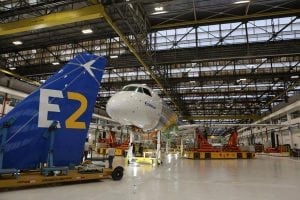