The Federal Aviation Administration (FAA) recently made two announcements pertinent to its airspace modernization plan. At a Washington press briefing, agency officials announced plans to deploy an advanced weather processing system at the FAA’s 20 air route traffic control centers (ARTCCs). The agency also spelled out how it intends to redesign the national airspace, as directed by a charter signed by Administrator Jane Garvey in 1998.

The Weather and Radar Processor (WARP), developed by Harris Corp., will provide air traffic controllers with more timely and accurate weather data. It is intended to enhance safety and efficiency and will especially benefit aircraft without onboard radar. WARP adapts the next-generation weather radar (NEXRAD) data from the National Weather Service for presentation on the controllers’ color, display system replacement (DSR) screens.

With the more accurate weather data, controllers will be able to vector aircraft around severe weather with minimum amount of deviation, according to Bill Peacock, FAA’s director of Air Traffic Services. He added that 70 percent of the flight delays in the United States are due to weather. WARP provides three levels of weather: moderate (up to1 inch of precipitation per hour), heavy (2 to 4 inches/hour) and severe (4 or more inches/hour). The detected weather cells also are broken down by altitude strata, "so controllers working the high-altitude sectors have an opportunity to see how weather affects their airspace," says Peacock.

"There still is a little work to be done," said Steve Pelissier, the National Air Traffic Controllers Association’s WARP representative. One goal is to reduce NEXRAD’s update rate from 6 minutes to 4.1 minutes.

Regarding U.S. airspace redesign, FAA officials said they are taking both a "top-down" and "bottom-up" approach, referring to the altitudes at which aircraft fly. They announced the first phase of the top-down approach, which is to begin May 15. It involves high-altitude redesign of the airspace controlled by seven en-route centers in the northwestern United States. FAA subsequently plans to expand the redesign to seven centers in the southwest and southern parts of the country, and then to six centers in the northeast, completing the redesign of airspace at 39,000 feet and above in the continental United States. The planned completion date is 2006. At that point the agency will advance by redesigning airspace at lower altitudes, say, FL350 and above, says Peacock.

FAA will initially establish 127 "pitch-and-catch points" in the northwestern U.S.,where aircraft will enter or exit non-restrictive routing. By this summer, the agency plans to add parallel RNAV routes in the region, and by September, it aims to establish an airspace "grid" that will be key to the ability to fly point-to-point and mark the completion of redesigned airspace at FL390 and above. The grid will add 470 waypoints to the 127 pitch-and-catch points, which aircraft must fly by (but are not required to fly over), allowing pilots and airline operational control (AOC) to plan more point-to-point routes. Combine the redesigned airspace with reduced vertical separation minima (RVSM) and the user request evaluation tool (URET–which predicts and alerts controllers of possible conflicts between aircraft), and flight operations become even more efficient, said Kaulia.

Aircraft not equipped for RNP will continue operating in the redesigned airspace just as they do today, says Peacock. To take full advantage of the new airspace design, equipped aircraft probably will have to operate at the RNP 2.0 level, which calls for an assured separation between the route center lines of about 8 nautical miles. Visit www.faa.gov.

Goodrich Corp. has decided to sell its avionics business to L-3 Communications for $188 million. The deal, which is expected to be completed by the second quarter of 2003, transfers to L-3 a product line aimed primarily for general aviation, business jets and military aircraft. Goodrich’s instruments and avionics systems include the SkyWatch collision avoidance system, Stormscope weather mapping and lightning detection system, LandMark terrain awareness warning system, SmartDeck integrated flight displays and controls, electronic standby flight instruments and gyros. In 2002, Goodrich took in about $100 million in revenues. The L-3 buy follows Goodrich’s acquisition of TRW Aeronautical Systems, completed in October 2002. Visit www.l-3com.com and www.aerospace.goodrich.com.

Dyncorp has awarded Telephonics Corp. a $1.7-million contract to deliver its APS-143(V)3 OceanEye airborne surveillance radar for missions conceived by NASA and the U.S. Navy at the Goddard Space Center at Wallops Island, Va. Using a data link, the radar, installed on a Beech 100 maritime patrol aircraft, will deliver target detection, tracking, classification and identification data to the command center at Wallops Island. Visit www.tlsi.com.

The U.S. Air Force, Tinker AFB, Okla., has selected Innovative Solutions and Support (IS&S) to replace the central air data computers in the service’s fleet of about 370 A-10 Warthog aircraft. IS&S also has developed the solid state barometric altimeter for the A-10 and other military aircraft. Visit www.innovative-ss.com.

Germany’s Comsoft has deployed the first stage of Primus, a Skyguide project to increase recording and replay capabilities at Switzerland’s area control centers. The project unites serial and local area network interfaces with a large recording repository and provides synchronous replay of multiple data streams together with audio data, including from the legal voice recording systems at the Zurich and Geneva sites. Visit www.comsoft.de.

HGS for the Falcon 7X

Dassault Aviation has selected Rockwell Collins’ Flight Dynamics head-up guidance system (HGS) for its new Falcon 7X business jet. Based on the HGS 4000 system, the HGS for the Falcon 7X will be smaller, provide a wider field of view, and can accommodate enhanced vision and synthetic vision. Visit www.rockwellcollins.com. 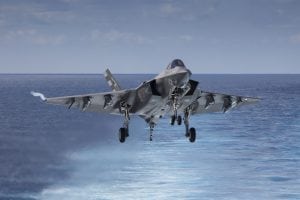 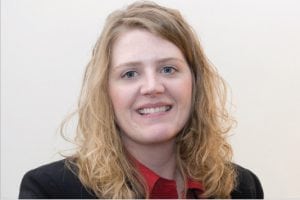 You Talk, We Listen