I enjoyed reading the article by Harry Kraemer, "The Simplified World of CDS/R," in the September issue (page 29). I found it to be well written and very informative.

I do have one question, though. When setting up the system initially, Mr. Kraemer stated that he "was able to set the V-speeds...using the menu on the pilot’s PFD." Later, Mr. Kraemer states, "the V-speeds I had set appeared as bugs on the correct speed–calculated based on aircraft weight and atmospheric conditions–on the left side of the pilot’s PFD."

Whether Mr. Kraemer actually set the V-speeds, as indicated in the first statement, or whether the V-speeds were calculated by the CDS/R system, is my question. I suspect that Mr. Kraemer selected which V-speeds were to be displayed by the system, the CDS/R system then calculated the correct speeds based on the aircraft weight and atmospheric conditions, and the calculated values then were displayed on the PFD. If you could provide further detail on the operation of this feature, I would greatly appreciate it.

The V-speeds are displayed on the right outside edge of the airspeed tape on the primary flight display (PFD). The pilot sets the speeds by using the drop-down menu on the PFD and the DATA SET knob. He or she has to get the V-speeds from the pilot’s operating handbook or aircraft flight manual. The system does not calculate them for you. After opening the drop-down menu, you use the cursor to select the takeoff speeds. From there the cursor is used to select the desired V-speed to be set. The DATA SET knob is then used to set the desired value. Hope that clarifies things.

I always tell the guys not to stand between me and the latest issue of Avionics Magazine. I’m quick to grab it and start flipping the pages, looking for the latest Avionics System Design column. With regard to your October 2002 column (page 43), I agree with Walter Shawlee 2 completely regarding the safety-vs.-complexity issue in cockpits equipped with all the latest avionics. Everything you’ve said is true. We see equipment features not being used because they are too time-consuming to bring on line, and the amount of heads-down time that pilots are spending in the cockpit is worrisome.

I am all for making use of the wonderful avionics equipment that is available now and on the horizon, but I also would like the ability to blank out what I don’t need to make a particular flight. Information overload. Keep the panel and the presentations as simple as possible. I am overwhelmed just looking at some of the fixed-wing instrument panels that visit our airport.

Let’s get back to basics, where basics are all that’s needed. Some of the combined com and GPS units are a good example of complexity and protocol we often don’t need. These units can cause a real problem in the cockpit when things go wrong and quick action is needed. To have to position a cursor to change a radio frequency is my biggest dislike. Much more help has to be built into these complex boxes, and it must be easily accessible by the pilot.

My words are not nearly as eloquent as Mr. Shawlee’s, but I’m sure you get my drift. I’m with you!

Your recent article on LCDs versus CRTs (January 2003, page 45) was standard fare. However the last paragraph concerned me. It reads: "Although the airlines would like to have replacement CRTs available indefinitely, the economics aren’t favorable. CRTs are ‘not just obsolete parts, but an obsolete industry,’ Collins’ Webber says. The demand for CRTs is fading on the commercial side, as TV and computer manufacturers move to flat panel technology."

From the airline perspective, the CRT (cathode ray tube) industry is not obsolete and is very stable compared to the LCD (liquid crystal display) industry. As the airlines discussed last year at the Avionics Maintenance Conference, the LCD industry is very fluid and LCDs specified for today’s avionics can easily be obsolete and unprocurable in a very short time. This type of support is not acceptable to the airlines. A lot has yet to be done to overcome the downside of specifying LCD avionics on our aircraft. Because of this, the economics still favor CRTs. 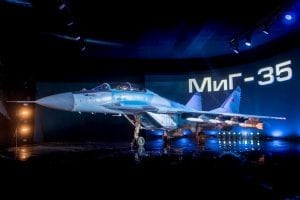 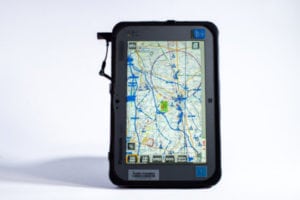