CPDLC Off and Running

American is the launch carrier for CPDLC Build 1, but more participants will take part. The U.S. Air Force, with one Learjet, is to join up this month. Delta Air Lines is expected to come in with four aircraft by January 2003. FedEx Express also is to join the Miami area activity with six aircraft some time in 2003, according to the Federal Aviation Administration (FAA), and Continental Airlines wants to take part.

"Miami…is a learning lab of what CPDLC has to offer," says John Thornton, director of FAA’s Free Flight program. "Gains for relief to voice systems will come when we move out from Miami and go to other places."

The combination traffic and terrain awareness and warning system, developed by Phoenix, Ariz.-based ACSS, made its maiden flight and captured a large customer in October. ACSS first flew its T2CAS in a Raytheon Beech King Air C90 on Oct. 23, and plans to secure the system’s certification by the end of 2002. The maiden flight, in an aircraft that ACSS recently purchased, included testing of the T2CAS’ terrain awareness warning system (TAWS) function.

In addition, ACSS recently announced that it received an order for 16 T2CAS ship sets from the U.S. Customs Service. This is in addition to an order for Mode S/IFF (identification friend or foe) transponders for the Custom Service’s P-3 aircraft. The agency joins Northwest Airlines, FedEx Express, Aeromexico and Virgin Express in ordering the T2CAS.

The T2CAS combines technologies from the two companies that hold an interest in ACSS, L-3 Communications and Thales Avionics. Visit www.l-3com.com.

Stevens Aviation has added to its list of U.S. government contracts with a recent order to upgrade 19 of the U.S. military’s Raytheon Beech King Air 200 aircraft. The contract represents the largest project in the aircraft services provider’s 52-year history. Stevens has begun working on the first two King Airs in its four-year-old facility in Greenville, S.C., where it has 33 employees dedicated to the program. "We’re taking an analog airplane and making it digital," says Jim Williams, project manager and avionics specialist at Stevens. The program involves installing a new center console and all new wiring, he adds.

Each aircraft will require about 10 weeks for completion, according to Williams. With multiple aircraft in the Greenville facility, Stevens will complete all 19 aircraft in little more than 20 months, he adds. Visit www.stevensaviation.com.

Alaska Airlines, a pioneer in required navigation performance (RNP), is on the verge of government approval for an RNP approach to San Francisco’s parallel runway 28R. The Federal Aviation Administration (FAA) could bless the privately developed RNP 0.11 procedure–which would be the lowest in the United States–this year. The carrier will fly the procedure with Boeing 737-400s, -700s and -900s.

RNP 0.11 means an aircraft must be within about 0.11 nautical mile (670 feet or 204 meters) laterally of the centerline with a 95 percent probability. But typical aircraft performance will be right on the flight path centerline, says Mike Adams, Alaska’s managing director-technical operations, based on the airline’s RNP experience, conservative engineering assumptions and the avionics’ robust technical design. The carrier already flies 13 RNP approaches in Alaska.

"The problem at San Francisco is that, when the ceiling is below 3,000 to 3,500 feet, there are no visual approaches to the parallel runways, 28L and 28R," which are only 750 feet apart, Adams says. Traffic narrows to a single stream, allowing 30 approaches an hour, versus 60 approaches. With the new approach, Alaska could maintain dual runway use down to 1,400-foot ceilings, increasing airport capacity for other users, as well. After breaking through the clouds at that altitude, a pilot would have about 30 seconds to visually acquire the other aircraft and determine whether to land before reaching the 1,092-foot decision altitude.

Approach plates for the procedure will start with three levels–RNP 0.11, RNP 0.2 and RNP 0.3–allowing aircraft not certified to RNP 0.11 to take advantage of the approach. Continental, United, Delta and American, as well as FAA, support RNP approaches at San Francisco, Adams says.

An exhibition and conference dedicated to the avionics industry, Avionics Expo Euro ’03, has been launched and will take place in Wiesbaden, Germany, Nov. 20-21, 2003. The event will spotlight new products and technologies in aerospace electronics for both civil and military aircraft and in both the cockpit and the cabin. The conference, tentatively titled "Tomorrow’s Avionics for Tomorrow’s Airspace," will cover the modernized airspace in which aircraft will fly and what avionics will be required to fly in that airspace.

UK-based Simply Events is organizing the event. It is working with an advisory board that includes representatives from the Aircraft Electronics Association (AEA), Becker Avionics, Boeing, Electronics Cable Specialists, Mid-Continent Instrument Co. and others. Avionics Magazine, a sponsor of Avionics Expo Euro ’03, will organize the conference. Visit www.avionicsexhibition.com.

An article on simulation in our October issue incorrectly identified a United Airlines flight simulator. The simulator is a Boeing 747-400. 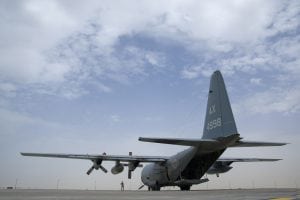